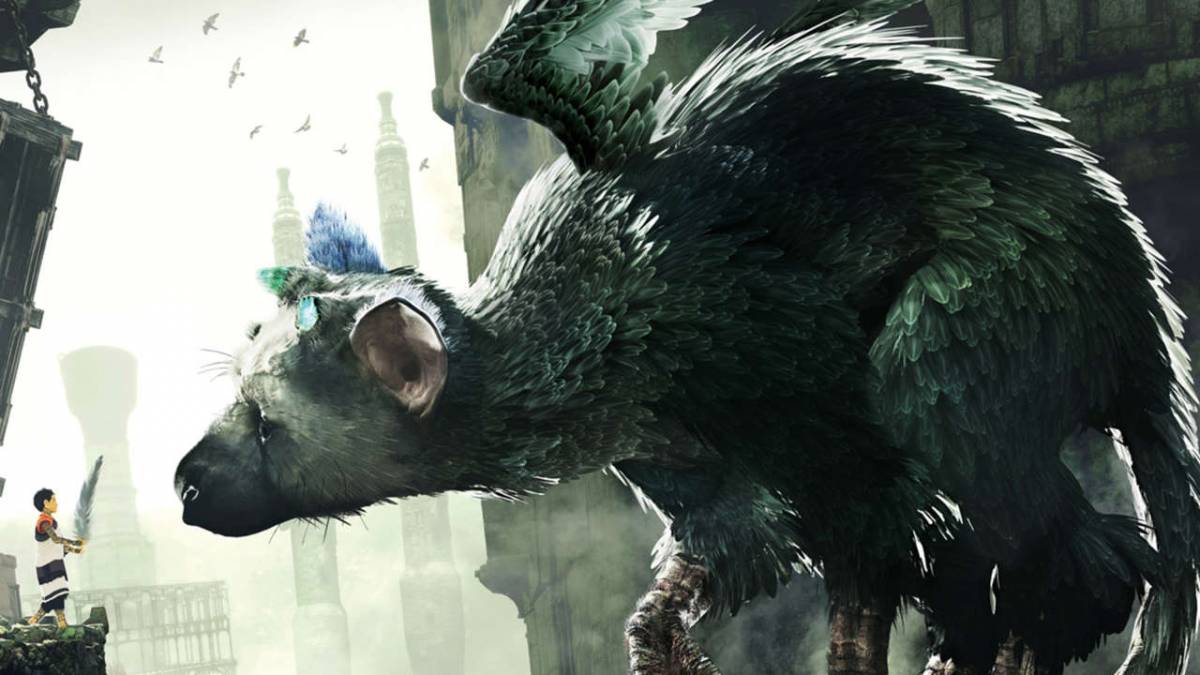 It’s your typical love story. You know, the one where a boy meets a bird-cat hybrid about fifty times his own size that can’t speak and is prone to fits of violence, called Trico. Kind of like 10 Things I Hate About You, except it’s set in a labyrinthine castle akin to the most convoluted inventions of M. C. Escher or Jorge Luis Borges and nothing like that film at all, even slightly.

If you’re at all familiar with The Last Guardian’s spiritual predecessors Ico and Shadow of the Colossus – though they were from a lifetime ago, given the infamous development cycle around The Last Guardian – then you should have some idea of what to expect from Fumito Ueda’s latest; it is a sparse, ambient experience focused on exploration and the growing relationship between the nameless boy and Trico, punctuated by puzzle solving and somewhat infrequent combat, mostly with possessed suits of armour.

It is probably worth noting at this point that The Last Guardian is far more of an Ico 2 than a follow up to Shadow of the Colossus; gone is the open world and huge, varied boss fights that defined the latter, in favour of a more linear game akin to the former. Controlling the boy even feels like playing Ico felt- a little janky, underpowered and yet seemingly indestructible save for infinite pitfalls and the bizarre ways that the enemies in both games want to drag you (or your companion, in Ico) into a portal to who-even-knows where. Seriously, the boy is one malleable little chap: he survived countless fifty foot drops with nothing to show saved a bruised ankle that he quickly walked off, and should have been crushed to death a number of times by Trico in one of his moods. Fair play to the kid, he’s certainly tougher than any ten-year-old I know, and my extended family live in deepest darkest Birmingham.

Unlike deepest darkest Birmingham however, the world of The Last Guardian is one full of beauty; the facades and interiors of the ruinous castle and surrounding network of caves that make up much of the game are meticulously constructed and utterly believable in execution. The moments that you spend outdoors as well can be almost transcendent in quality- the first of which, maybe an hour into the game, as you emerge from the subterranean for the first time onto a cliff-face populated with flora and a few little fauna’s and bathed in oversaturated light is truly breath-taking, if you’ll pardon the cliché. I gladly lost a lot of time in my first playthrough of The Last Guardian to such moments, just slowly rotating the camera between vista and boy and Trico like I was directing my own Studio Ghibli movie. And as trite as it is to say that, it really was (and remains) my reference point for how completely pleasing this game is just to watch unfold before you.

Moments like that quickly assuaged any fears I had about the game looking dated, and given that it was originally announced in 2007 it could easily have aged during the development process. The only technical issues I did face, while admittedly playing on a base model PS4, were a couple of framerate drops during some of the set-piece animations, though this was only two or three times at most during my time with the game so far. Graphically however, while the human characters are a little washed out (though this appears to be a stylistic choice, and not one I have a problem with) the textures are crisp and clear, and Trico looks definitively alive as it strolls along near you, feathers ruffling in the wind and whatnot.

As well as looking alive, much like every other reviewer has pointed out, Trico genuinely does feel alive. Over the first few hours the relationship between the boy and Trico grows from hostile, to indifferent, to accepting the necessity of their co-operation to holy shit when I did start to feel this much? I can’t quite remember when it happened, but at a certain point in the game I actively started rushing back to Trico when we were separated by an obstacle to overcome or puzzle to solve, guided by the sound of his dog-like whimpering and would proceed to sit on his back and just stroke him until he seemed contented again by my presence. Yes, I am aware that Trico is fictional, but stuff with animals in just gets me right in the feels, man. I’m not crying, it’s just hay fever. In December. Also I’ve been cutting onions. So what.

Unlike the previous Team Ico games, perhaps the biggest shock addition of The Last Guardian is that it ostensibly has a plot, revealed to the player by the in-game narration and cut-scenes at various points throughout. That’s not to say that previous games are entirely lacking in narrative; it’s just The Last Guardian is far more explicit in its delivery. There will be no scratched heads at any sense of ambiguity once the games picks up pace, and eventually ends, narrative arc completed, story resolved.

It’s perhaps an unfortunate caveat in saying that diehard fans of Shadow of the Colossus may find themselves wanting something a little more here, and I’m inclined to believe that a few colossi thrown in for good measure couldn’t possibly have been a bad thing. But that said, if you’ve played the first two and have waited a decade for this, you absolutely owe it to yourself to play it through.

What it may lack in variety (and tension, for the first half of the game) The Last Guardian provides a meditative experience that rewards patience and gifts a genuine feeling of exploration and discovery quite unlike a lot of quote unquote similar adventure games. You will get lost, and you will get occasionally frustrated with your companion. But, between the stellar visual effects on display and the world-class soundtrack, the ultimately heart-wrenching story and the love between boy and beast, I’m finding it extremely difficult to not recommend this to absolutely anyone and everyone.