BOOK REVIEW: ‘The Devil Crept In’ by Ania Ahlborn 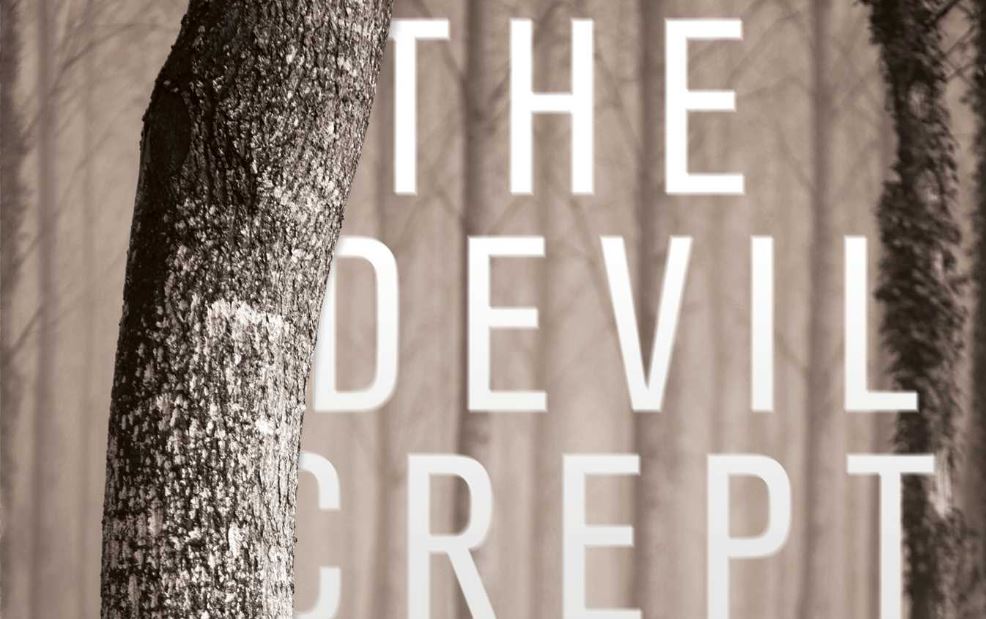 Bestselling author Ania Ahlborn’s new novel The Devil Crept In is a fun horror romp, the kind of creepy, blood-soaked tale of terror you’d expect to hear around a campfire, complete with a monkey-demon-baby-vampire creature.

Hot off the heels of her much-acclaimed novel Brother, which was so disturbing and shocking it bordered on transgressive, Ania takes a more innocent and chaste approach with The Devil Crept In.

In the backwoods of rural Oregon, ten-year-old Stevie’s cousin and best friend —Jude—is missing, and the incompetent cops, half suspecting he may be a runaway, can’t do a damn thing to find him. Stevie is determined to find his friend and get to the bottom of this mystery, even if it means sneaking out his bedroom window and risking some harsh punishment from a cruel stepfather.

With the character Stevie, Ahlborn creates a deeply flawed protagonist, both physically and mentally. He is missing the tips of fingers from an incident with a garbage disposal, and has been abandoned by his father. He also suffers a mental handicap that causes him to stutter and rhyme uncontrollably, as well as sometimes hallucinate horrible images.

Ahlborn does a wonderful job getting inside Stevie’s head, spelling out all of his quirks and strange visions, and in doing so gives us a most unreliable narrator, caught in a horrific and surreal world of monsters and possession. Stevie inhabits a dark place that adults could never understand or believe, cementing his estrangement and alienation.

This is a great read for anyone looking to lose themselves in some entertaining and gory horror—say at the beach or on a lonely winter night—but I couldn’t help feel a lack of depth. There were very few characters, and because most of the story is told from the perspective of a child, at times it comes off sounding like something from the young adult genre. Some of the characters felt rather wooden, in particular Stevie’s brother and stepfather. Subjects like sex and complex, adult relationships are never explored or even broached. And the supernatural elements bordered on the corny. But in many ways, this is the charm of the book: a childlike vision told from the warped-fishbowl perspective of a wounded youth.

At times this frightening tale really offered up visceral feelings of paranoia and fear, but nothing compared to the better-buckle-up type of extreme horror that Ania has built a reputation on with grisly books like Brother and The Bird Eater. But the pace is brisk and it’s a hard book to put down, making it, all in all, a real good time.