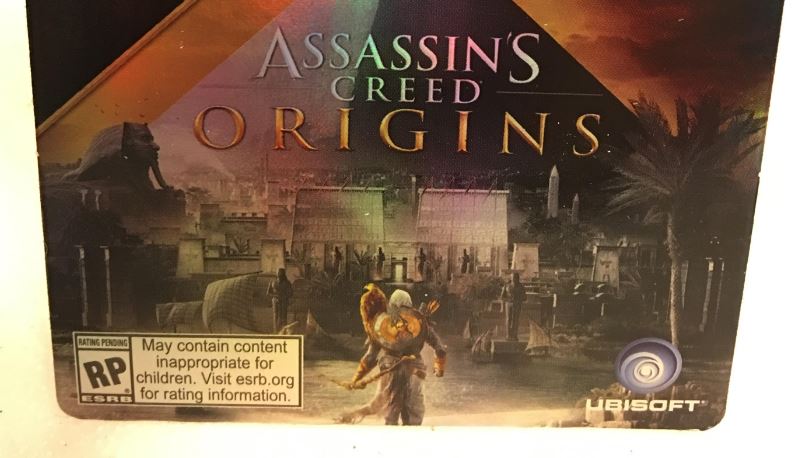 With the number of leaks over the last few weeks I fully expect the reaction to Ubisoft officially announcing the next instalment in the Creed series at E3 to be “DUH!”. At this rate, any official announcement isn’t really necessary, although it’s highly probable we’ll be given a fully in-depth look at the title during the developer’s press conference on Monday.

We’ve seen two leaked screenshots, the latter one confirming the final title and historical setting of the game, and just last week a photo of a promotional t-shirt gave us the protagonist’s name: ‘Ba Yek’.

Next to emerge is an image uploaded to Imgur by user ‘jimmyfallon007′ of a pre-order card from Target, which seems to confirm a season pass – it’s likely there will be plenty of DLC, as with Syndicate – and a pre-order bonus mission entitled ‘Secrets of the First Pyramids’. It also confirms a steelbook edition and a ‘deluxe pack’; this is likely to be pre-order exclusive merchandise. 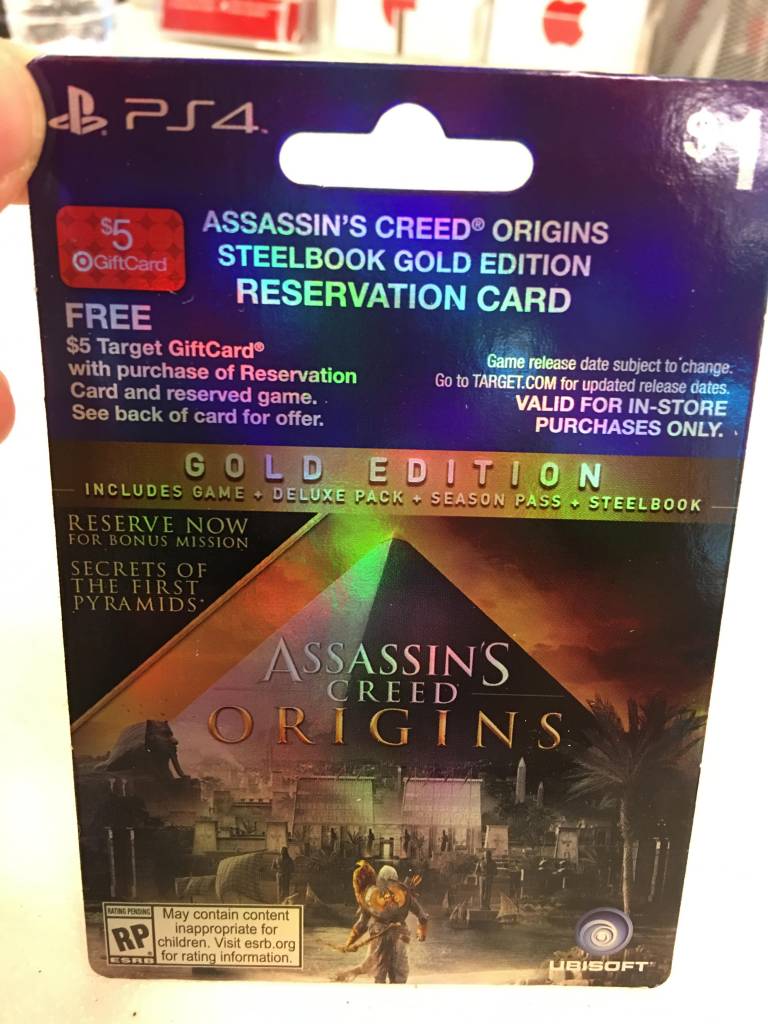 If genuine, the image appears to be absolute confirmation of Origins’ historical plotline being set in Ancient Egypt, with a pyramid prominently featured. The eagle perched on the shoulder of the protagonist also may confirm the rumour that the bird will replace viewpoints as the method of synchronising the map.

While Ubisoft have yet to confirm the image’s legitimacy, it wouldn’t be a shock if it turned out to be genuine. All we can do is hold our collective breaths and wait until Monday afternoon (evening for those of us in the UK) when Ubisoft take to the stage at E3.