Strawberry Mansion illuminates the importance of dreams and freedom of thought within a controlling society. 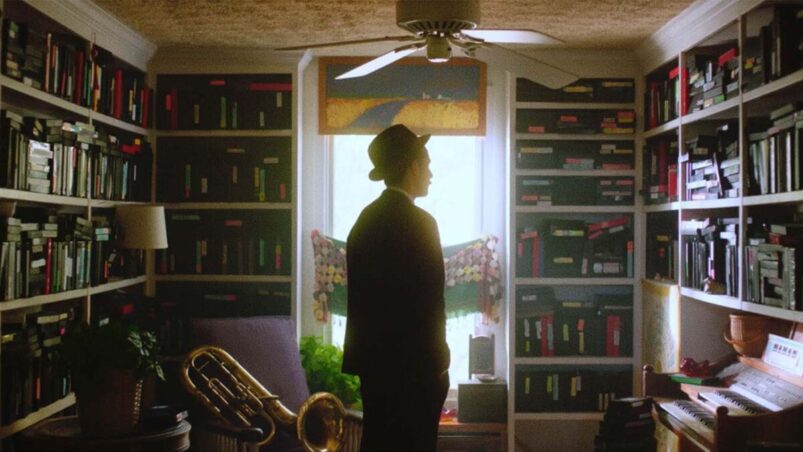 Directors Kentucker Audley and Albert Birney’s hallucinogenic Strawberry Mansion takes place in the year 2035, a near-future where consumerism has infested people’s headspaces even more so than it does in 2021. The government mandates that everyone’s dreams are recorded and taxed each day to please Big Business. James Preble (Audley) is a dream auditor who makes sure the system functions according to plan. Most nights, he imagines living in a house drenched in pink bubblegum hues where everything is seemingly made from plastic. In these visions, he’s joined by a homely man named Buddy (Linas Phillips), who functions more as a vessel for advertisements than a human being.

One day, after stopping for breakfast and purchasing a “chicken milkshake” (don’t ask), he receives word that an elderly woman named Arabella Isadora (Penny Fuller) has somehow gotten away with avoiding dream taxes for years. He ventures to the abode of the eccentric, self-described “atmosphere creator” and begins poring over piles of dream recordings stored via VHS tapes. He’s not allowed to enter her house, however, until he licks her strawberry-flavored ice cream cone.

James, going about his days without much lust for life, soon immerses himself in Arabella’s dreams, jotting down everything in them for payment. He views expansive, lusciously green fields and outlandish entities including a frog-headed restaurant waiter who’s also a skilled saxophonist. James quickly falls in love with the young, beautiful woman at the center of them, who turns out to be Arabella’s younger self, played by Grace Glowicki with radiant warmth. He eventually uncovers a larger conspiracy involving a disco-ball-shaped helmet, which puts his own safety at risk when a malevolent corporate bigwig seeks to silence him.

With a serene editing style, a stirringly effective score by Dan Deacon, aesthetically pleasing cinematography, and deliciously deadpan humor, Strawberry Mansion establishes an off-kilter atmosphere that never lessens during the 90-minute runtime. The artificial-looking visuals, given added texture by the grainy, 16-millimeter appearance, only enhances its distinctive approach to conveying its tale. Audley and Birney’s film sends viewers down a cinematic rabbit-hole that constantly one-ups itself in sheer weirdness. Those who can stomach its psychedelic sensibilities will be left craving another helping.

The film’s fusion of the futuristic and the bygone extends to the central characters themselves. James is a quiet, unassuming presence who lacks joy in his daily existence, looking like he’s lifted straight from a film noir. He’s at the mercy of higher forces that oversee his wealth and his own psychology. Audley lends him an endearing awkwardness that provides plenty of comedic moments — James seems like a fish-out-of-water in a vivid dreamscape with the color palette of a package of Skittles.

Arabella, a lively soul, stands out from her surroundings, filling her house to the brim with artwork simultaneously eye-catching and unnerving. Her character, in the past and the present, functions as a shining light for not only James, but for her corrupted society generally. She has a rosy demeanor that starkly contrasts with the villains, who seem Lynchian in their ghastliness.

Indeed, Strawberry Mansion isn’t afraid to throw oddball sights at the viewer on a frequent basis — progressing with a logic that doesn’t always make literal sense, but fits perfectly in its heightened, zany reality. From talking flies caught in a spiderweb to a dying buffalo growing a flower from its body, Strawberry Mansion is one of those films where the question “What the hell was that?!” is raised in practically every scene.

The heart of the endeavour, though, revolves around James and Arabella’s romance, as each begins dreaming of the other. Their bond is depicted in a comfortingly sweet, yet somewhat rushed fashion that counters the nefarious forces trying to consume them. James experiences sensations sorely missing from his day-to-day life, and there’s enough pathos in his character arc that it’s easy to get swept up in his journey.

This emotional core helps ground the film’s second half — largely unfolding via dream sequence — which sees James trying to save himself and his dearly beloved from Dark Crystal-esque creatures wanting to enslave them to the materialistic powers that be.

For all the absurd imagery on display, there are issues regarding pacing and plot developments later on. Some twists are too convenient and hurried for their own good, and a particularly clunky exposition dump sticks out like a sore thumb. Additionally, the narrative takes a while to kick into gear, starting off slow, almost excessively so, before the stakes seriously increase about halfway through.

Still, there’s plenty to contemplate once the credits roll. In a repressive world, the concept of imagination signifies a precious source of hope and happiness, along with being an essential part of what makes us human to begin with. Viewers should embrace the crazy places Strawberry Mansion takes them, which showcases the appeal of storytelling itself — both the yarns we spin for ourselves and those shared with us — to whimsically glorious effect. 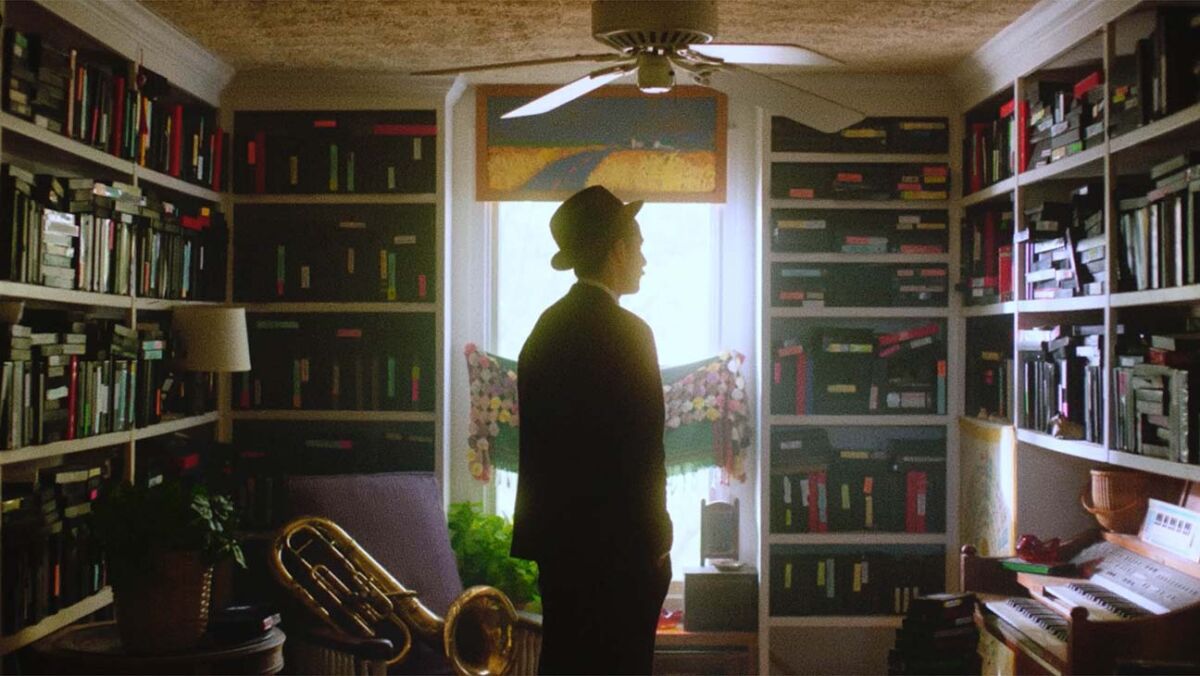 Verdict
Strawberry Mansion serves up unforgettable visuals with incisive social commentary in a manner that may prove polarizing, but remains thrillingly original.
8.5
Cultured Vultures is a pop culture website established in 2013 covering all things gaming, movies, and more. We eat your words.
All The News On The Biggest Games