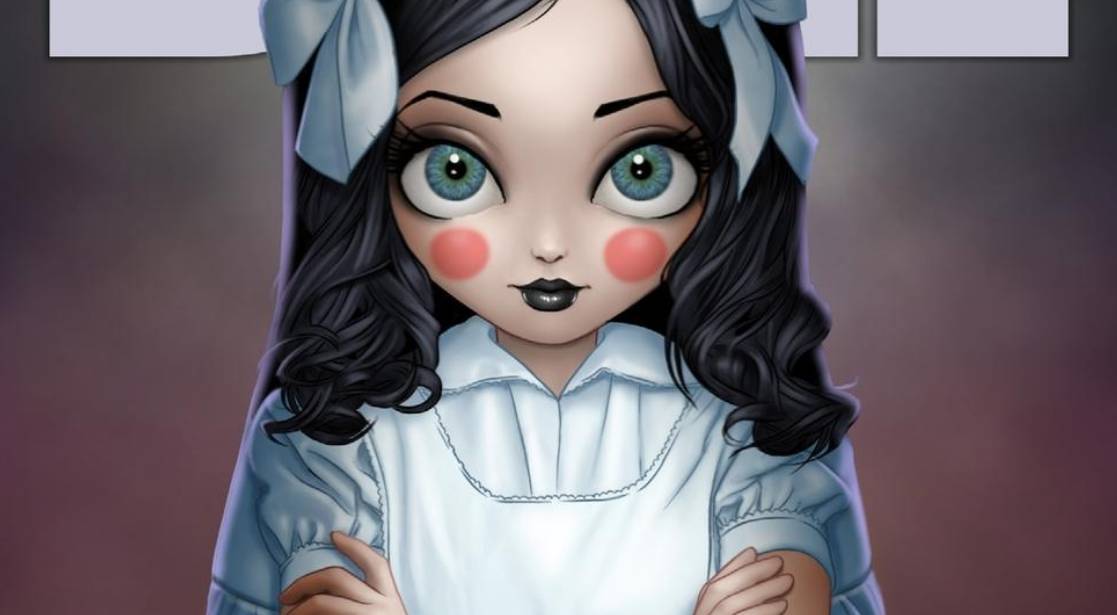 Benjamin is deeply in love with his girlfriend Ynaria. He wants nothing more than to marry her. The only problem is that Ynaria is a living Russian nesting doll, and marriages between humans and nesting dolls are frowned upon. In line with her family’s traditions, Benjamin agrees to go through a trial where he’s locked in a sanctuary with Ynaria until he meets all of the livings dolls nested inside of her.

“She has porcelain white skin that glistens like it’s wet and glossy in the sunlight. Her painted-on purple eyes are like gemstones that twinkle when she smiles at me. She has hair like black licorice, dark rubbery locks that smell of clove and anise.

Of all the women I’ve dated, I’ve never known anyone quite like Ynaria. She’s not exactly human, but she’s the only woman for me.”

Mellick is infamous for his strange books. He’s probably the most well-known of the Bizarro literary movement with his odd books with outrageous titles such as The Baby Jesus Butt-Plug and The Haunted Vagina. Stacking Doll is a far more “normal” title in comparison, though this is probably the best Mellick book I’ve read so far.

The concept of this book seems strange, but I could easily picture it being told as a traditional fable. There’s something very timeless about the idea and the lesson behind it. The metaphor of Ynaria as a stacking doll is a little obvious, but it’s pulled off very well here. Each of the dolls inside Ynaria represents a different part of who she is. They’re seemingly different people, even different creatures, but they’re all her. Benjamin’s goal is to learn to love every one of them.

The book’s prose is fairly simple, told in a straightforward manner from Benjamin’s perspective, as is the story itself. Most of the story takes place in the sanctuary where Ynaria and Benjamin conduct the trial. Mellick uses this limited setting to an excellent effect, Ynaria’s layers becoming stranger and more repulsive as the story goes on and the claustrophobic feeling for Benjamin becoming more pronounced.

There’s also a good amount of humor here. It’s often uncomfortable, but it fits well with the setting. For example, one of Ynaria’s layers turns out be a man. The man, named Pavel, wants badly to have sex with Benjamin. However, Benjamin refuses until he’s finally talked into it when Pavel threatens to end the trial, which will call of Benjamin’s engagement to Ynaria. Afterwards, Pavel sheds himself to reveal the next doll to Benjamin’s relief. However, the next layer turns out to be an octopus-like alien woman who is incredibly and loudly insecure.

There are moments where Mellick gives in to sentimentality, but it never feels overbearing. Mellick’s ultimate message here is that love is difficult and often painful. It’s hard for a book this willing to acknowledge that to feel overly cloying.

Verdict
Stacking Doll is a strange, beautiful, and moving love story. After all the books Mellick's put out, he's still releasing high quality Bizarro fiction. This is a short read at just over 100 pages, but more than worth picking up. Even people who aren't normally fans of Bizarro fiction will likely enjoy this. Review copy provided
9.5
Cultured Vultures is a pop culture website established in 2013 covering all things gaming, movies, and more. We eat your words.
All The News On The Biggest Games