Spinning The Wheel: A Look Back On Raw Roulette 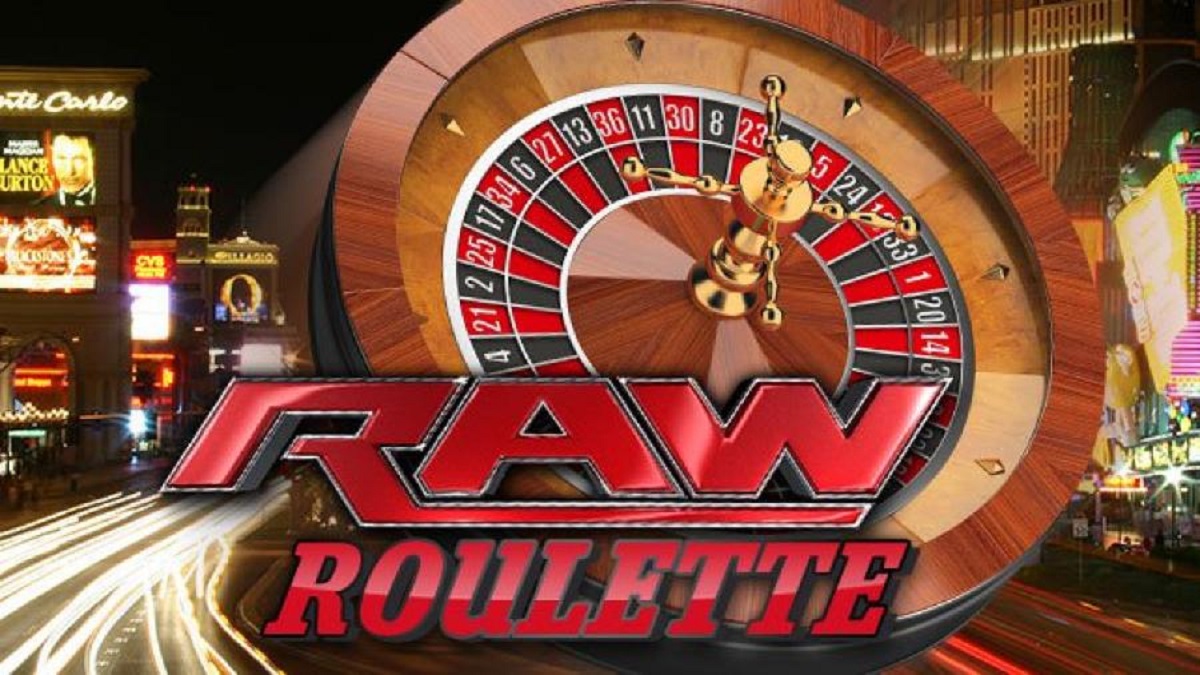 Raw Roulette was a concept introduced by Raw’s then general manager, Eric Bischoff, on the October 7, 2002, episode of Monday Night Raw. It was fairly straightforward: as they were in Vegas, Bischoff employed a giant roulette wheel, each segment representing a different match type.

Wrestlers were paired up to face off against one another, and their stipulations decided by the spinning wheel. Easy.

Las Vegas Street Fight, Cage Match, TLC Match – they were all on there, along with a few non-PG inclusions representative of Raw at the time, including Bra and Panties, Hot Lesbian Action (HLA) and Kiss My Ass contests.

The Raw Roulette wheel would return on five further occasions, the last of which was in 2013. However, it’s safe to say the concept became somewhat diluted, in more ways than one. But today, we are going to take an in-depth look back at the original broadcast that left us all in a spin.

Looking back on the original Raw Roulette today, the non-PG content stands out like a sore thumb.

There’s no need for talk of “Hot Lesbian Action” in wrestling and the parity of the women’s division of today is much more entertaining and a lot less cringey. Yet, the Raw of 2002 differed from today’s weekly offerings in other ways.

The show begins with a brief backstage segment in which Bischoff spins the wheel to reveal that the first match of the night will take place inside a steel cage.

Following the Raw intro (Across The Nation was such a tune!) and an insane amount of fireworks, we kick things off with a match. No 20-minute monologues in sight.

Booker T and Big Show are inside a steel cage and the crowd are immediately into it. Booker picks up the win and it’s an energetic way to start a show. When was the last time Raw started with a match? It’s a struggle to recall.

Watching this episode back from fifteen and a half years ago, there’s a sense of unpredictability that’s lost in most WWE shows in 2018.

“Anything can happen in the WWE”, Good Ol’ JR used to proclaim, and a part of that came from Vince and Co. playing a little more loose with the format. Or, at the very least, making it seem that way to the viewer at home – Mr. McMahon runs a tight ship after all, and always has.

It’s after the first match that Bischoff spins the wheel to determine that night’s main event: a TLC match for the tag-team championships.

Kane is the number one contender to Triple H’s World Heavyweight Championship and is therefore the subject of The Game’s wrath.

Bischoff, having awarded Triple H the newly-minted World Heavyweight Championship a month earlier, is subtle in his approach to protect his chosen champion and it therefore seems that Kane and The Hurricane are the victims of a conspiracy. The Raw GM recruits the three TLC veterans currently on his roster – Bubba Ray Dudley, Christian, and Jeff Hardy – to serve as their opponents.

Each of those three is without his previous TLC partner in this divided WWE and so all must find a teammate.

Christian is approached by Chris Jericho, who had appeared earlier in the night, ambushing Booker T following the opening cage match. Jericho is in a foul mood; he beat Booker bloody, causing him to spend the rest of the night at a local medical facility. The very sight of blood was striking.

While it’s good that bloodbaths are thing of the past, for the sake of the performers as much as anything (Eddie and JBL’s Judgment Day springs to mind), the appearance of a partial crimson mask can be mighty effective if used sparingly as a storytelling device.

Bubba first asks Tommy Dreamer to have his back that night, but when Spike asks if perhaps he could join his big brother in a TLC, having always watched from the outside and longed to be a part of such an event, Bubba offers no resistance and Dreamer is very understanding. Finally, Jeff Hardy finds a partner in Rob Van Dam.

The roulette wheel offers up plenty of fun throughout the evening. Some of it silly, some of it brutal, some of it explicit.

Trish Stratus defends the Women’s Championship against Stacy Keibler. Stratus wasn’t too happy that her match was assigned a Paddle On A Pole stipulation (When the wheel stopped on “____ on a pole”, Bischoff filled in the blank).

It was degrading. Eric decides to double-up and spin the wheel once more, resulting in a Bra and Panties Paddle On A Pole match.

Stratus would win the match, which was followed by antics that saw Keibler attempt to use the paddle on Trish, only for Stratus to get the upper hand and chase Stacy away after…not turning the other cheek.

While this scene comes across as demeaning, everyone appears to be having fun and the segment is somewhat saved by the sudden appearance of newcomer Victoria as Stacy makes her exit.

Victoria has been harassing Trish for the past few weeks, and the two engage in a fist fight before Victoria gets the better of Trish, finishing her target off with a moonsault in the ring.

World Champion Triple H peeked for long enough during his blindfold match against D-Lo Brown to hit a Pedigree while Ric Flair had the referee distracted. Jerry Lawler defeated Stevie Richards in a Legal In Nevada match (the winner gets to ride the Godfather’s train later that night), and Al Snow hits Test in the head with a bowling ball to pick up the win in a Las Vegas Street Fight.

William Regal’s facial expressions upstages the fact that he’s dressed in drag as he is forced to make his way to the ring by security for his Showgirls match with Goldust.

Finally, we reach the main event. Kane is interviewed backstage, only for Coach to interrupt. It seems Triple H and Ric Flair are attacking The Hurricane, who’s just down the corridor – “take a left, then a right”.

We cut to the scene of the beatdown and back to Kane, who jogs down what is seemingly an endless corridor. He finally gets to his partner, but it’s too late. The damage is done and the assailants flee.

As a result, Kane goes at it alone against the other three teams. The match is only the fourth TLC match in history and at that point they’d all been tag-team matches. It’s a spotfest of sorts, but every spot serves a greater purpose in the story of the match.

For example, while Kane spends a chunk of the match on the floor, it’s because everyone else went to great lengths to take him out – including that ladder-jumping daredevil, Jeff Hardy.

Also, while some spots, such as Jericho getting tipped forward from the top of a ladder down to the floor outside the ring garners a well-deserved reaction from the live audience in 2002, the reality is that the bump wasn’t as big as the typical Tope Suicida seen in the vast majority of bog-standard WWE contests in 2018.

That right there illustrates the challenge modern superstars have in trying to garner a reaction from the crowd. If dives are so commonplace, it’s going to be much harder to invoke a shock factor in a big match like TLC.

Eventually Kane recovers in time to win the match, grabbing both title belts after chokeslamming Jericho from the top of the ladder.

All is well: the fans are ecstatic and Kane has overcome the odds to retain his titles. He can now look forward to his upcoming World Championship match with Triple H and speaking of The Game, there he is on the stage, Nature Boy by his side. He knows Kane’s secret… what’s this about? Who’s Katie Vick?