A road trip with a trunkload of emotional baggage. 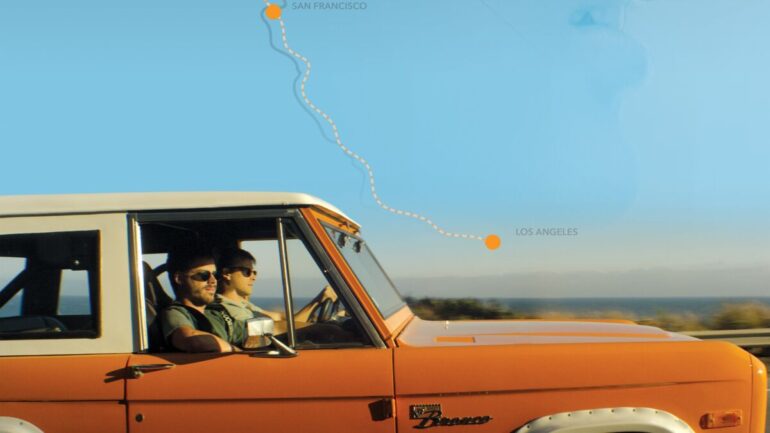 Wes (Tommy Dewey) is a well-off banker living in a swanky house with an adolescent daughter and pregnant wife. He isn’t happy in his marriage and is often forced to take responsibility for household chores, which hurts his manhood. His wife expects a lot from him, but objectively speaking, he’s quite privileged.

Wes’s college buddy Luke (Francois Arnaud) is an unhappy music video editor disillusioned in romance. Luke has a window to abandon his artist lifestyle to have a more stable job as an essential worker of some sort. After a college reunion where Wes bumps into Luke’s college crush Maggie (Nicole LaLiberte), he insists that he and Luke travel to Oregon to meet up with her. The two white, thirty-something pals embark on a road trip from Los Angeles to Portland, having fun and mingling with plenty of women along the way. They also confront their life choices and consider their futures too, I guess.

With a plot this standard, She’s in Portland could have been a harmless romp along the West Coast that was perfectly serviceable without providing much food for thought. Unfortunately, the film fails to present interesting or likable characters — leaving me emotionally distanced and eager to pack my bags and watch a different film.

She’s in Portland squanders an opportunity to build attachment with Wes or Luke early on by rushing through the circumstances leading to their voyage. A few minutes of exposition doesn’t cut it. Wes comes across as an entitled motormouth who enjoys drinking, flirting with women, and running from his true emotions as an embodiment of the toxic male archetype. Luke is more sympathetic, thankfully, but still largely puts up with Wes’s shenanigans and participates in them. Why are they even friends in the first place? They each have privileges that the other wants, but the film doesn’t explore their contradictions on any meaningful level and comes to bland, predictable conclusions about staying true to oneself and others.

Wes is such an aggravating presence — especially in the first 30 minutes — that I genuinely feel sorry for Luke. He’s so overbearing, in fact, that he hijacks the film entirely in its second half, when it shifts gears into a half-baked character study about his insecurities. All the so-called reflection rings hollow, as She’s in Portland seems to revel in letting these characters luxuriate in scenic locations and make poor decisions without facing consequences.

A substantial portion of She’s in Portland involves Wes and Luke vacationing in sun-drenched locales while trying to look “cool.” To make matters worse, the people they encounter during the trip — women, ranging from uncomfortably young to elderly — are all hollow, one-dimensional caricatures meant to teach Wes and Luke generic lessons about love and sex. These women are used to dispense knowledge or provoke disgust and are quickly disposed of.

Emotionally stunted male characters aren’t a novelty, and when She’s in Portland expects viewers to empathize with Wes’s cheating, conniving ways, it falls flat. Director Marc Carlini doesn’t commit to seeing Wes’s decisions through to their bitter end, veering away from potentially engaging drama by glossing over the repercussions of his actions. She’s in Portland could have condemned his corrupted mindset, but the credits roll before a definitive statement can be made.

At least the duo travel to some gorgeous locations. The cinematography and color palette of She’s in Portland is pleasant to look at from beginning to end, but remains as underutilized as the central characters. Indeed, shots where Wes and Luke drive their yellow Ford Bronco along the Pacific Coast Highway remind me of a car commercial — not necessarily an unfavorable comparison. Looks like fun, but I certainly wouldn’t want to ride along with these two.

Dewey and Arnaud both give valiant efforts with their performances. The script is to blame for their flawed characterizations, not their acting abilities. If the film had snappier dialogue and was devoted to a consistent tone, they could shine in these roles.

Ultimately, She’s in Portland may satisfy viewers looking for aesthetically pleasing panoramas and skin-deep storytelling, but the film lacks justification for its existence. 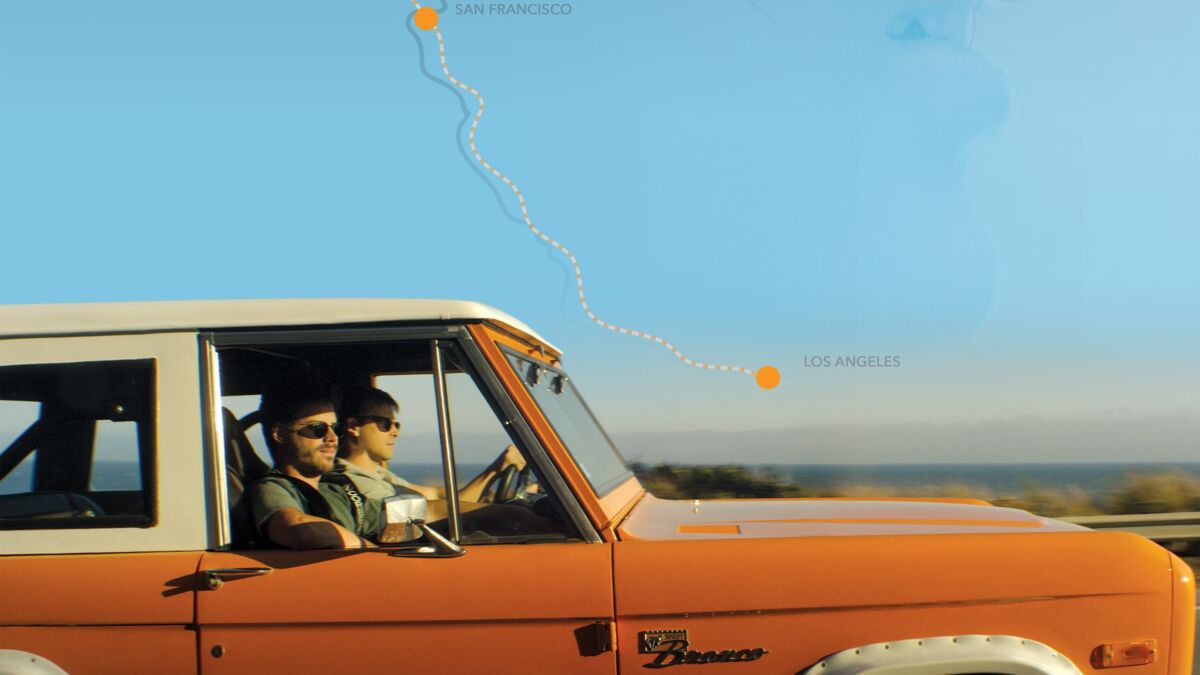 Verdict
She’s in Portland’s handsome appearance conceals a palpable feeling of “why am I watching this?”
3
Cultured Vultures is a pop culture website established in 2013 covering all things gaming, movies, and more. We eat your words.
All The News On The Biggest Games