As the volume draws to a close, how will RWBY save the day? 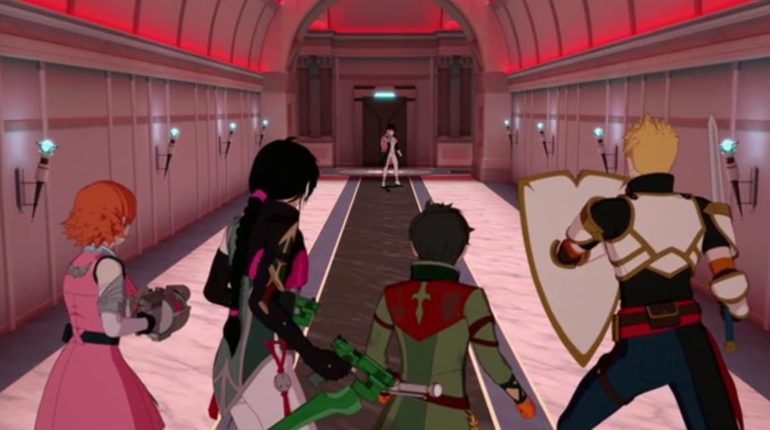 It’s here. The finale of the volume. As all the conflicts and all the battles draw to boiling point, ‘The Enemy of Trust’ leaves the audience with one question: how can our heroes possibly save the day when so much bad has happened?

‘The Enemy of Trust’ opens up with JNPR and Oscar facing up against Neo, resulting in the former getting their ass kicked. With Neo vanishing into thin air, the approaching military force them to flee. Though a brief introduction to what the rest of the episode will entail, the fight choreography continues to be what RWBY’s animators are best at and is a delight to watch for however long or short it may be.

In the containment lab, Penny and Winter go head to head against Cinder. Here, the audience get to see the villain’s glass swords come back into action, and the scene is a well-choreographed battle before Cinder finally loses her temper, throwing both the cyborg and the soldier out the other side of the building. However, the fight doesn’t stop there. As the group switches from sword fighting to aerial combat, the music ramps up in the background, with a choir chanting. The fight concludes with Winter’s aura shattering and her falling to her death, causing Penny to stop the fight and save her. It’s sad that Winter has such a self-destructive mentality to her mission, and it would’ve been a shame to see such a good character get killed off, so it’s nice Penny saved her, also reinforcing her character as well.

Meanwhile, Oscar ends up getting lost, with Nora seemingly pulling him to aside as a patrol run by. As all seems well, the scene slows down with Oscar throwing himself to the floor as he realises that it’s actually Neo in disguise, narrowly missing getting stabbed in the face. She swipes the relic and at first, JNPR tries to stop her but Ren hesitates on a final strike, thinking it to actually be Nora. As the military continues to hunt the group, Neo slips away unnoticed, disguised as an officer. It’s nice to see some further development in the relationship between Nora and Ren, as he is crying while they are running away. For a character of few words, this says a lot about Ren and what Nora means to him.

Back at the lab, Cinder takes the winter maiden out of her containment tube in an attempt to kill her. However, despite her age, the winter maiden easily overpowers Cinder and causes her to go on the retreat. As Penny and Winter witness ‘the power of a fully realised maiden’, it becomes clear as to why Cinder easily got the power of the Fall maiden and nearly obtained the power of the Spring maiden: both of the previous maidens were young and inexperienced, probably nowhere near the full potential of their power. Additionally, Raven Branwen – the new spring maiden – also proved to be a much more talented swordsman than Cinder at the end of volume 5. Winter at first tries to confront the Winter maiden, but her power proves too cold for her, urging Penny to go instead. Elsewhere, JNPR regroup, with Maria contacting them to help them escape, just as more soldiers come to attack them. Oscar slips away, telling the group ‘there is something I must do’.

As Penny struggles through the Winter maiden’s snowstorm, the Winter maiden confusedly assumes Penny to be her replacement, which brings up an interesting idea that was never really touched upon in the show: while the power of the maiden can only be passed along to someone who is female, they never said anything about a cyborg with a soul obtaining the power. It’s a very interesting angle the writers took a character that the audience originally thought was never coming back.

In the chamber of the Staff of Creation, James goes to use the staff’s power when he turns around to see Oscar. Here, the two have a debate about trust and Salem’s plans. It is here that the audience watches James officially lose the plot in a shocking moment, as he shoots Oscar, shattering his aura and letting the teenager fall to his assumed death. This is a truly horrifying moment to watch, and cements an otherwise flawed but good intentioned character as a new antagonist for the group.

In the lab, Cinder goes to strike out against Penny and get to the Winter maiden. However, Winter Schnee continues to show how much of a badass she is. Despite having no aura and being otherwise defenceless, she slices off Cinder’s Grimm arm, protecting Penny and drawing her attacker’s attention away from her. She holds up a decent defence, but Cinder slashes at her arm, causing her to bleed and reminding the audience of her mortality. The Winter maiden dies in Penny’s arms and she accepts her power. Again, this seems a little too convenient as Penny was thought to be dead until the start of this volume, but it’s an interesting angle to take on the character.

Winter seems to get all the punishment from the writers in this episode, as Cinder beats her to a pulp without her aura and is about to strike the killing blow. Yet, both Penny using the winter maiden’s power and Weiss’ voice in the distance distract her. Ruby also comes along with her just in time to use the power of her silver eyes. This battle is honestly the highlight of the episode, as it seems to be the one with the highest stakes. JNPR might get arrested, but Cinder’s single purpose throughout the volumes has been to obtain the power of the maidens, and the writers/animators put all their energy into trying to put these stakes onto screen. This scene is edited together with Oscar seemingly about to accept his faith, with Ozpin speaking out in his head, prompting him to activate his cane and finally activate his semblance. While he hasn’t been heard from since the start of volume 6, it seems obvious he was going to come back: Oscar’s character arc was nowhere near finished and watching him fall to his death would’ve felt like robbing the audience.

The rest of the episode is an editing together of how the different heroes finish their story in Atlas with a narration presumably from Ozpin about what fear is: Robin and Qrow get arrested by the Atlas military, Cinder flees in angry defeat, team JNPR escape on an airship with Yang, Blake, Maria and Pietro, Winter give Ruby, Weiss and Penny a head start to the military’s search, in time for JNPR’s airship to pick them up, Neo delivers the relic to Cinder, Ironwood lashes out in anger when he discovers RWBY has escaped, and Oscar lands in the tundra below. However, the episode concludes with all our heroes witnessing one thing: a giant whale Grimm carrying Salem going straight for Atlas.

Usually at the end of every volume, there is a post-credits scene which leaves a hint as to what the viewer can expect for the next volume. However, in ‘The Enemy of Trust’, there is instead a tribute to the series’ creator, Monty Oum. Considering this episode was aired at the five-year anniversary of his death, it’s a nice respectful touch.

Now, while the rest of the volume ranged from ok to downright awesome, this ending feels a bit lacklustre: it genuinely feels like Penny was only written back into the show so that the audience would have a recognizable face for the Winter Maiden, and leaving it on so dark a cliffhanger will leave a lot of shock value for the audience. However, it also leaves a lot of loose ends hanging in the air. It’s obvious the writers were going for a The Empire Strikes Back kind of ending, but it feels cheap, leaving the question of how the heroes will save the day unanswered. Instead of having a speech about what fear does to someone, it would’ve made more sense for Ozpin to do a speech on trust, as that was the theme of this volume more so than fear was. 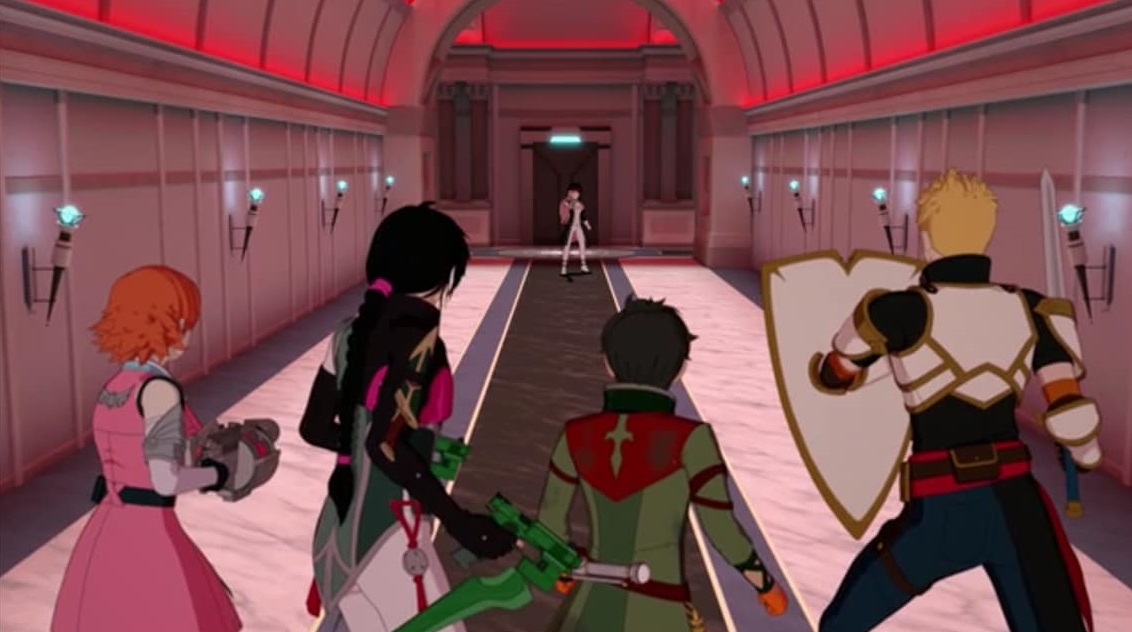 Verdict
The Enemy of Trust has some stunning fight choreography throughout, but doesn’t quite have the oomph that’s needed for a volume finale.
7.5
Cultured Vultures is a pop culture website established in 2013 covering all things gaming, movies, and more. We eat your words.
All The News On The Biggest Games