Roman Reigns Set To Defend His Championship Next Week

A huge main-event in the books. 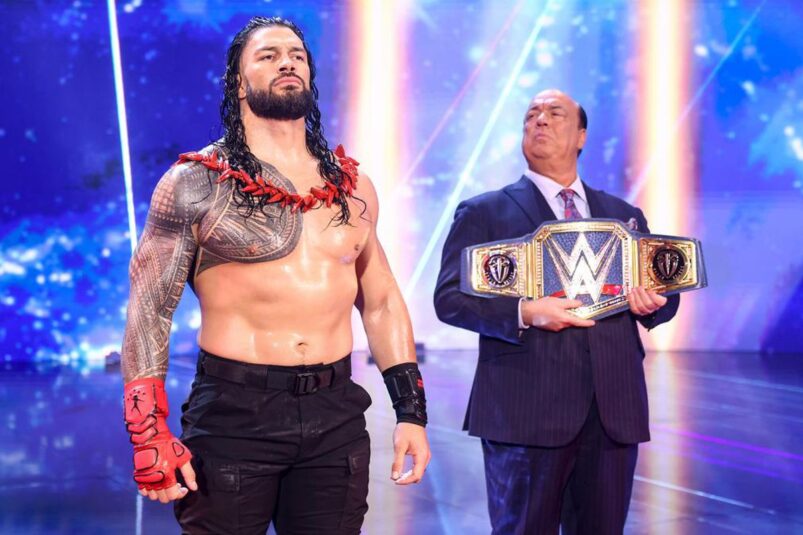 ‘The Tribal Chief’ Roman Reigns has been enjoying the part-time life over the last few weeks, missing the Hell in a Cell pay-per-view and being removed from promotional material for their next big show, Money in the Bank. However, Roman is set to make his in-ring return as part of next week’s episode of SmackDown Live, where he will defend his Undisputed Universal Championship against RKBro rival, Riddle.

Originally a match expected to take place at Money in the Bank, Riddle/Reigns is a championship match you won’t want to miss. This is not only a huge opportunity for ‘The Original Bro’ to stand out as a future champion himself, but also a great chance for Roman Reigns to remind everyone that there’s a reason he’s the top guy. This has the potential to be an absolute belter of a match, here’s hoping it’s given ample time despite only being featured on an episode of TV.

Riddle secured his championship shot after defeating Bloodline’s ally Sami Zayn in the main event of last night’s show, otherwise he would have been banned from appearing on future SmackDown shows. Riddle has been battling against the likes of Zayn and The Usos since the faction injured his partner, Randy Orton, taking him out of action for a few months. ‘The Viper’ is reportedly destined for a main-event clash against Roman Reigns at this year’s SummerSlam, so it’s likely Riddle will be used as fodder leading into that match.

It’ll be great to see Roman Reigns actually compete as part of next week’s SmackDown and will hopefully lead to a slight bump in the ratings as well. SmackDown have been killing it as of late with these huge championship main-events, most recently putting together an excellent Intercontinental Championship match between Ricochet and Gunther, and now this mega Universal Championship match for next week.

Keep it up, blue brand.

READ NEXT: Cody Rhodes To Miss 9 Months Of Action