The Rocky Journey of Hiveswap’s Development 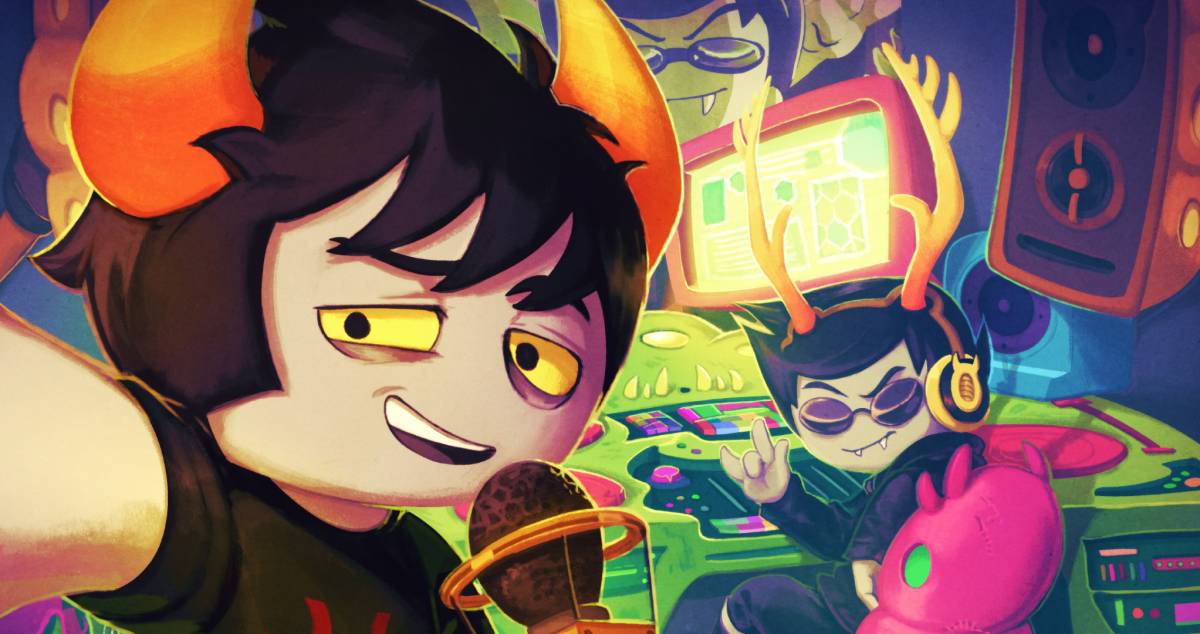 Let me tell you about Homestuck.

Homestuck is a webcomic that ran from 2009 to 2016. It was a story about a young man’s journey to adulthood and self-discovery, with the added plot points of alternate timelines, godly powers, alien creators, Nicolas Cage and murder. Lots and lots of murder and death. It has spread across the four corners of the internet, spawned popular fan collaborations such as the Land of Fans and Music series and has become popular enough to find at least one person at a convention cosplaying as one of the numerous characters. It can be considered quite large.

The plot might have been complex and there might have been a lot of delays, but it made up for it with amazing soundtracks and Flash animations. In fact, one of them, known as [S] Cascade, was so long and large that it was hosted on numerous sites including Newgrounds to handle the traffic. How did it go? Newgrounds crashed.

In 2012, the author, Andrew Hussie, had an idea so crazy, so bizarre, so mind-breakingly drastic that it was uncertain how it would ultimately end. What he did was put up a Kickstarter for a Homestuck adventure game.

At the time, the premise of said game wasn’t exactly clear other than, “hey, it’s a game set in the world of this comic I made”. How did it do? Well, it originally asked for $700000 and hit the target in less than 24 hours; by the end, over 24000 fans had given almost $2.5 million to the project. Yes, that’s not an over-exaggeration.

Now let me tell you about Hiveswap.

In 2014, it was announced that the game was going to be called Hiveswap and was going to be set sometime before 2009 (the beginning of the webcomic the Internet has grown to love, hate and steer clear from). A year later, more concept art, a trailer and some screenshots of the game were provided along with some rough estimation that development was almost finished. Many backers at this point were far from happy about not getting the game they put money on.

Near the beginning of 2016, there was another announcement: Hiveswap’s art style was changing from 3D to 2D. As a result, there were even more delays for a title that was already a few years overdue. If you think that these setbacks are mainly due to lack of coordination for Andrew and his team, you’re mistaken: the main contributor to this problem lies with the original developers.

It was revealed on Tumblr by a close friend of Hussie (known as ipgd) that he reached out to a group known as The Odd Gentlemen to work on Hiveswap. All seemed well at first, until two problems arose: they produced a demo that included the bare minimum (composed of a room and a glitch character), and it was revealed that they used a majority of the money to make another game known as King’s Quest. That’s right, TOG stole the money. In an interview with Polygon, they admitted that they chose to abandon an unnamed project in favour of King’s Quest. In the end, all Hussie could do was break off from them with under $400000 for the project and was bound by a non-disclosure agreement; ipgd has since taken down the post as per request of Hussie and is no longer present on Tumblr.

Ultimately, he decided to gather a team and set up offices in New York for the game. However, according to some former members of the team known as WhatPumpkin, a majority of them were laid off. All that could be done was for him and what remained of his small team to move out of New York and work on the game.

It wasn’t until December of last year that there was more news. This time, it was big. Hiveswap had appeared on Steam Greenlight with a trailer and release date under its belt. The game is depicted as a point-and-click adventure with colourful backgrounds and simplistic characters. Those who still remained in the Homestuck community rejoiced and shrugged as they learned the game they had been waiting for was going to come out sometime in January 2017.

It didn’t happen. People remained hopeful as they were certain it would be released on April 13th (the date is the birthday of the webcomic, with the numbers 413, 612 and 1025 being important recurring numbers within the story). There was more news on the game, but sadly it wasn’t news of a release date. Instead, the community was treated to a new trailer with no release date. Since then, WhatPumpkin has been posting interviews with those involved in the development of the game every Wednesday. As of writing this, at least two more interviews are to be expected (one of them with musician and creative success Toby Fox, known for hit works of art such as the album The Baby is You and Undertale); the release date for Hiveswap should be announced by the end of these interviews.

Hiveswap is a game that has gone through a lot of obstacles and rebranding over the years. Andrew Hussie could have just announced the game was cancelled after the incident with The Odd Gentlemen and continued working on his most popular comic, but no. Since then, he and WhatPumpkin have been trying their hardest to deliver what the promised. If you want to see what the will of a man (who people know barely anything about despite being a creative influence) looks like, play Hiveswap when it comes out, the game that cost one man a large portion of his fanbase.