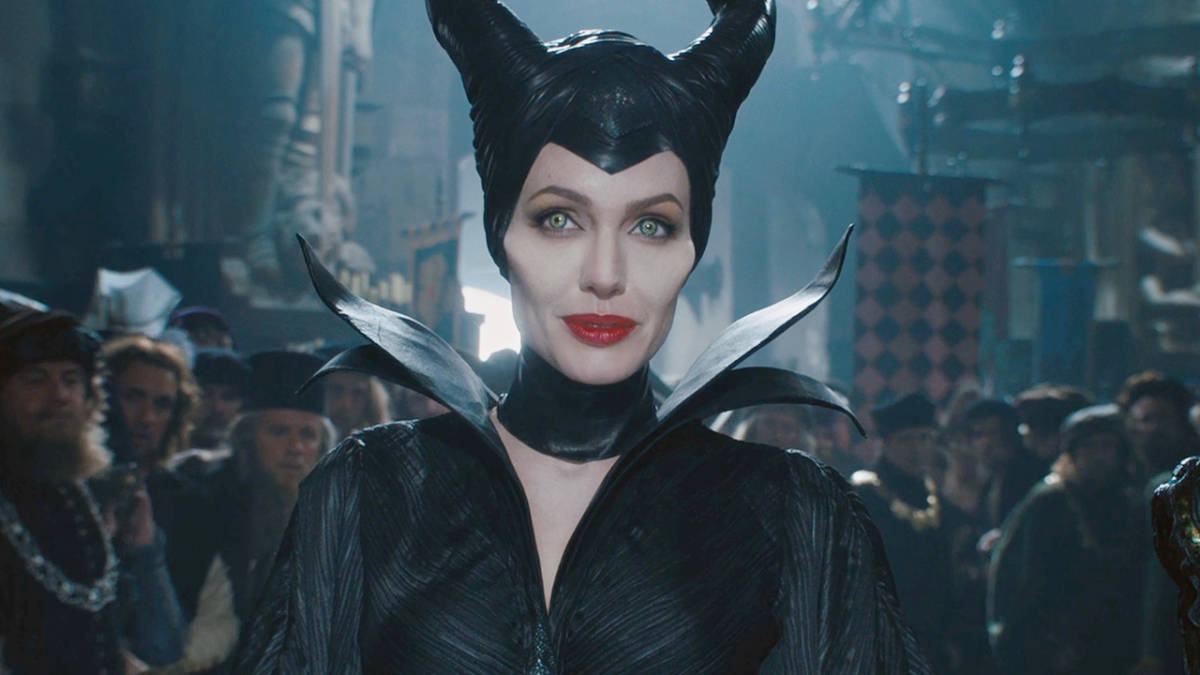 Although I’m a grumpy cynical cow, I do still love a good Disney film, and because I am a grumpy cynical cow, the villains have typically always been my favourite characters. There is something intrinsically appealing about Disney villains. They’re ambitious, they have the best lines, they usually dress fabulously, and even in the middle of carrying out a diabolical scheme they have time to knock out a solid situational pun or two. So, when Disney announced they were releasing a live-action reboot of Sleeping Beauty which focused on the perspective of the villain, I was delighted. As bad bitches go, Maleficent has always been up there with the best of them. Disney villains usually do evil things with some larger goal in mind: Scar wants to be king, Ursula harvests mermaid souls, Cruella wants to uphold her reputation in the fur fashion industry, etc, etc. They all want money or power, and will do terrible things to achieve them. Yet Maleficent seems happy to cast a deadly curse on a baby on a whim, just because she wasn’t invited to the christening?! That is COLD. How does anyone get to be so calmly and ruthlessly evil? Who hurt you, Mal?

This is the question tackled in Maleficent, which reveals more of the history of our favourite evil fairy queen, transforming her from a single-minded wrong’un into a complex and empathetic character. It turns out that she’s not just a fan of indiscriminate infanticide: actually, her and King Stefan have some longstanding beef. In this version of the tale, the human and fairy realms are divided by a ne’er-do-well king, who claims the throne by drugging his childhood friend and initial love interest (that’s Maleficent, yeah? keep up) and cutting her wings off. Understandably hacked off about this, Maleficent embarks on a quest of righteous vengeance against the man who betrayed her; putting up big walls of thorns everywhere, putting unbreakable curses on his child, that sort of thing. Maleficent has already surpassed the $70m mark during opening weekend and it’s easy to see why, because this. film. is. wonderful.

I mean, it must be difficult to try and make a darker, edgy version of such a well-known fairytale, while still keeping it suitable for a young target audience, but Maleficent does a pretty decent job. While there are a lot more CGI-heavy fight scenes than I would have expected (as are contractually required of every Hollywood release these days), the cinematography is beautiful, and the plot differs enough from the original story to stop it feeling like another pointless remake. Obviously in rebranding Maleficent as someone compelled to exact revenge on a right old bastard, rather than a villain just being evil for evil’s sake, the original ending was hardly going to be appropriate; having some prince rock up and plunge a sword through her heart can no longer constitute a happy resolution. Instead, Maleficent focuses on the possibility of redemption and challenges the conventional idea of the archetypal female villain.

With the likes of Brave, Frozen and now Maleficent, the Disney franchise seems to be increasingly working towards dismantling the tired “prince rescues princess and they fall in love” dynamic and instead promoting the power and importance of relationships between women. This film truly champions the idea of friendship over romance and, with a strong female cast and screenwriter, further proves that there is no need for Hollywood to be such a male-dominated industry (accordingly, the film is being received very well by women, and absolutely slated by a lot of male critics. Hmm). I sincerely hope that there are more Disney reboots like this in the pipeline. If anyone from Disney happens to be reading this (a girl can dream), I’m rooting for Ursula and Jafar origin stories, so…feel free to get working on that.