Primal abandons a lot of what made it so unique. 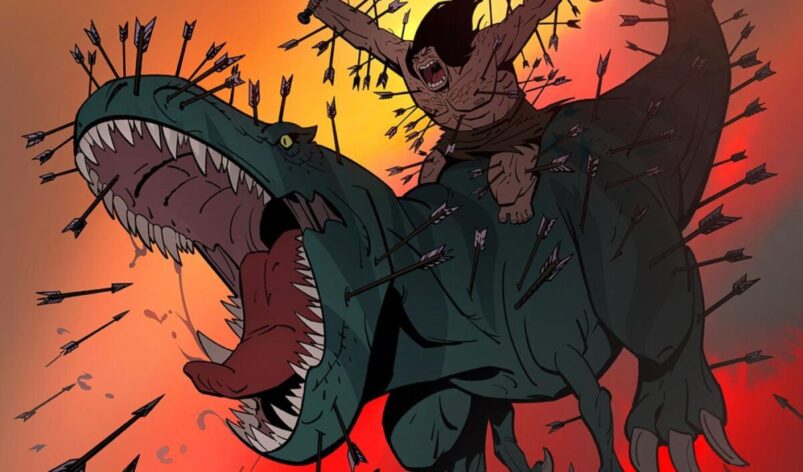 It really sucks when your fears come true. I ended my review of the first season of Primal taking some issue with the show’s cruelty and concerned that the second season would abandon the episodic nature that made the first season great for a more serialized story. Sadly the second season offers multiple serialized storylines, and one of them absolutely bathes in cruelty.

At the end of Primal’s first season, our heroes Fang (a dinosaur) and Spear (a neanderthal voiced by Aaron LaPlante) met a human named Mira (Laëtitia Eïdo) who was then chained and placed aboard a ship with a scorpion insignia. Season 2 opens at this same moment, as Spear shouts Mira’s name, attempts to swim after the ship, and then builds a raft with Fang’s help to pursue her.

The rest of that first episode is like the best of the first season, as we follow our heroes onto the wide open sea with beautiful clouds, sunsets, and nothing but water as far as the eye can see. Their conflicts in the episode are also entirely dictated by necessity, at first a giant turtle they desperately need to eat after starving for days and later a megalodon that attacks them.

After that first episode, though, every subsequent episode includes humans. At first this isn’t entirely a problem. The second episode follows Spear and Fang after they have been separated by the ocean and have each befriended new characters nearer their own species, but those new friends come into a devastating conflict. And at the start of the third episode, Spear discovers cave paintings leading to a beautiful and thought provoking moment that speaks to the emotional power of purely visual art.

But from the end of the third episode through to the end of the season, nearly every episode of Primal is narratively connected. And all these stories are centered squarely on humans. The first storyline centers on the vengeance sought by the only survivors of the viking community that enslaved Mira and some of her people who were slaughtered by Spear and Fang in their rescue mission. The second follows our trio of heroes as they are enslaved by an army of roving Egyptians led by a queen named Ima (Amina Koroma).

This introduction of humans, and especially large scale battles, moves Primal away from what made its first season great. The cruelty in the first season of the show was the inherent cruelty of the world that our heroes had to weather to survive. The first season allowed for a sadness about what was necessary in a brutal and uncaring world, but the Ima storyline in season two introduces needless human cruelty, a cruelty that can then be ascribed to the creators writing this story. This cruelty is a choice, it’s not necessary, and it makes the bloodshed that follows fall into the trap of edginess that the first season deftly avoided by only ever showing necessary violence, no matter how horrifying it was.

This season we see Ima repeatedly lead her city-sized ship to new lands and conquer them with the help of Fang, Spear, and a man even larger than Spear named Kamau (Imari Williams) who are all forced to fight for her.

That force is exerted on Spear and Fang in the same way it is exerted on Kamau, Ima holds children captive to ensure their parents will do her bidding. Kamau has a young daughter, and around the halfway point of this season Fang lays eggs (from mating with the dinosaur she met when she and Spear were separated) that Spear cares for as a loving and protective uncle.

But Ima is not only interested in the spoils of conquest and how these captives can help her conquer other societies, she is interested in the cruelty of conquest. At one point, a community the ship approaches offers baskets full of fruits and fish as tribute, but Ima threatens to kill Kamau’s daughter if he does not slaughter them anyway. It’s a moment that speaks to how far the show has fallen.

The fact that this season also necessarily (given that any story about conquest and enslavement must) touches on politics moves things even further from what made the first season such a success, especially in light of the fifth episode of this season: “The Primal Theory.” That episode inexplicably launches us thousands of years forward to an English estate where the young Charles Darwin (Jacob Dudman) discusses whether or not humans are “savage” at base. He argues when faced with a threat, all humans will devolve into mindless violent actors in the name of survival.

(Yes, this episode of the show that’s special for its pure visual storytelling is absolutely full of talking.)

That episode then sees an escaped madman from an asylum down the road attack the estate. The madman has darker skin than any of the Englishmen in the episode and is non-verbal. To say the least, it’s an undeniably racist and confounding choice on the creators’ part. And it adds an additional layer of discomfort to the episodes later in the season that see dark-skinned African characters, including Kamau, struggle with whether to fight their oppressors or accept their enslaved positions.

Primal still looks amazing, the ultra widescreen remains and the action is still fantastic, even if the larger scale battles feel less impactful than the small scale violence in the first season. There’s more play with light this season, especially in the episode where Spear discovers cave paintings as we see pitch black screens give way to his torch as he walks through tunnels. There’s also the introduction of a fire demon whose visual presence is one of the best things about this season.

Sadly though, it’s impossible for Primal to survive on its aesthetic strengths alone. Especially when those strengths are in service of a story that’s more exhausting than anything else. A sequence during Spear and Fang’s enslavement shows the same animation three times with slight variation in their enemies as they are forced into battle over and over against different societies. But instead of communicating the monotony of their experience in any meaningful way, this sequence just feels like this season in microcosm.

The bloodshed has become monotonous because it is all so calamitous. Large-scale violence means that almost no individual death has any impact anymore. It’s made even more uninteresting (emotionally and narratively) because these full scale society-vs-society battles are played out over and over again in the season’s back half. And to top it all off, this horrific violence is human-made, or more explicitly: human-chosen. What was once a powerfully emotional show because it depicted the violence necessary to survive in an uncaring world has become a shadow of its former self by turning its focus to the violence chosen by human beings.

READ MORE: 15 Best Shows To Binge-Watch Over A Weekend 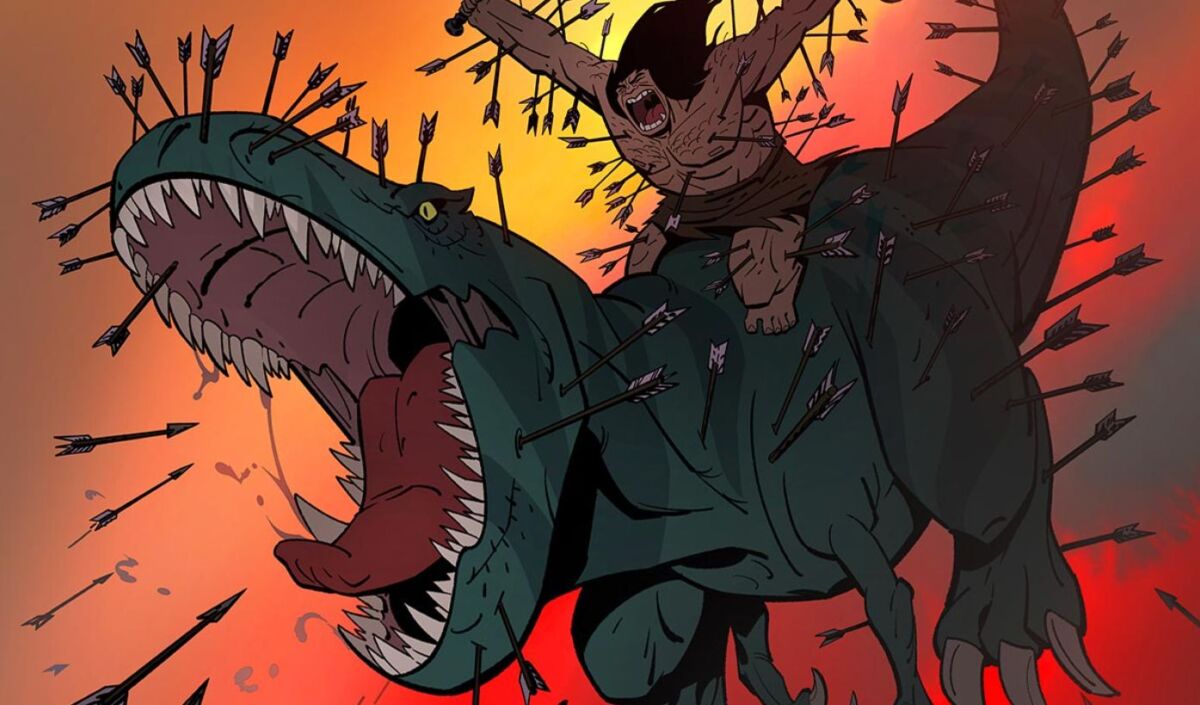 Verdict
Primal: Season 2 still looks amazing but after the first episode abandons what made the show great in its first season, turning to serialized stories about human conflict instead of episodic narratives about what’s necessary to survive.
5.5
Cultured Vultures is a pop culture website established in 2013 covering all things gaming, movies, and more. We eat your words.
All The News On The Biggest Games