Why Podcasts Are the Hottest New Medium for Scary Stories 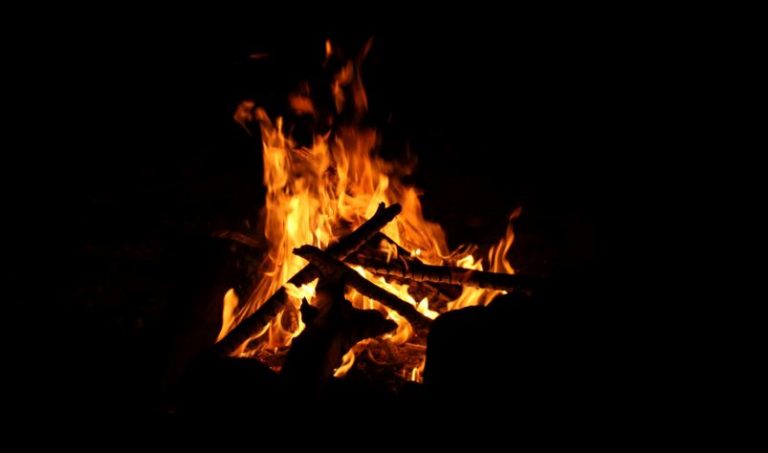 I think that you can tell a lot about a society by the scary stories it tells itself. From the classic legend of the hook-handed killer which promoted women remaining chaste and conservative, to the chain emails about fictitious viruses indicating anxieties about the Information Age, scar stories have always been as much a sobering reflection of our collective as they a bit of fun around a campfire.

And now stories of the strange and unexplained, both fictional and factual alike, are finding a new home in new media: podcasts. As podcasts take off it’s obvious that some genres are a natural fit for the form, such as longform investigative journalism or the much neglected monologue performance, but ghost stories have found their renaissance in this new audio world too. I spoke to two people at the end of some of the more popular podcasts purveying the spooky and the supernatural about what it is that suits the genre to podcasts; Jim Harold of Jim Harold’s Campfire podcast and David Cummings of the NoSleep Podcast.

Jim Harold has been podcasting since 2005 and has built himself a veritable podcasting empire, with multiple shows, off the back of his frank discussions of paranormal topics in a way that mirrors that legend of late night audio Art Bell. Jim said that the intimacy of the podcast medium provides a great environment for people to gather round and tell stories of things that stretch the boundaries of belief.

“The listener often times literally sticks the show in his or her ear. Generally, listening is still a solo experience. So, it is just the podcaster and the listener…fewer distractions than video or other media” Jim told me.

Jim said that podcasts were a powerful medium for relaying these kind of stories because they kept things more personal and his show is structured around these individual stories that people chose to share.

“I have no delusions of grandeur. However, I will say that my shows are a part of a larger movement of more discussion in all media of this topic”.

Jim has been glad of the freedom afforded by his podcasts and also the phenomenal response these topics have gotten in the audio format saying that “Without podcasting, I would still be working in a cubicle following orders. Now, I get to sail my own ship whether it sinks or swims. I enjoy that and I am very grateful to my listeners wherever they may be.”

David Cumming’s NoSleep podcast is more interested in fictional ghost stories than real testimonials, but the advantages afforded to stories of the paranormal by podcasts are similar, he feels.

“Whether it was people 200 years ago telling scary stories around the campfire or the radio shows of the 30s and 40s, the ability to close your eyes and hear a good story well told is a compelling experience which was lost when movies and TV came to the fore” David said.

David mentioned that “it allows the audience to use their imagination to set the scene” and this is a lesson long studied by horror aficionados; who know that the creature who lurks in the darkness is always far more terrifying than the one the viewer can actually get a good look at.

David also pointed to the immediacy of the podcasting medium as an advantage, where people haul their phones and iPods around with them and consume media constantly as opposed to in discrete chunks.

“Most people listen via their phones through headphones and that sense of audio isolation and immersion into the sound and music creates a potent environment which can make listening even on a crowded bus or in a sunny park a frightening experience. If a particular story matches the listener’s real-life setting, (e.g. a story about a security guard in a haunted building being listened to by an actual security guard alone in a building) the overlap being fiction and reality can be particularly unnerving” David noted.

The NoSleep podcast has been up and running since 2011 and David says he has noted a particular rise in popularity in the last year, as those eased into podcasts by the likes of Serial seek new forms of entertainment in the medium.

“We’ve seen a large increase in our audience size in the past year as new people are discovering how entertaining shows like ours can be” he remarked.