Phantom Islands (2018) REVIEW – Blurring The Lines Between Documentary And Fiction 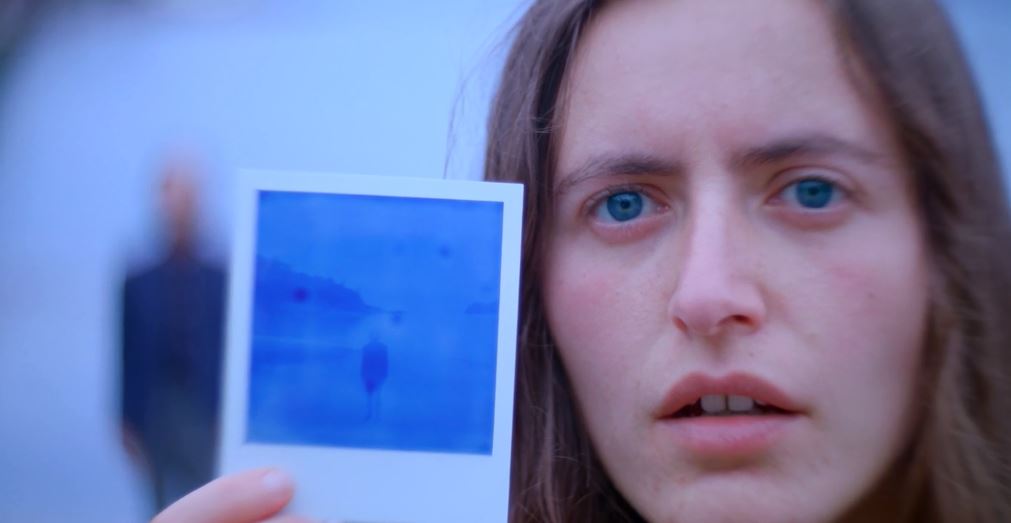 Phantom Island: An island of legend that doesn’t actually exist. But what about the images we see in front of us when we watch Rouzbeh Rashidi’s Phantom Island? Is it a fiction because it is only a representation of life? Or is there a nonfiction element too? Because in order to get those images, there had to be something tangible, something physical, some sort of reality behind it.

Phantom Islands stars Daniel Fawcett and Clara Pais, founders of the Underground Film Studio. They play a nameless couple (the film is without any dialogue) who explore their reality and their psyche. Like a song’s chorus, the movie always comes back to this couple, after some shots of the lush Irish countryside, farm animals, and people going about their daily business, observed from a distance.

It should be said up front that the photography is absolutely astounding. Shot in 4K, this could be the best use of that format I’ve yet seen.4K has always seemed to me too real looking to serve the purposes of fantasy and the unconscious, places where experimental film so often goes.

But the film is quite dreamlike. A lot of soft focus and selectively out of focus shots help with the dream like quality of the movie. However, in shots where there are no people present, the movie becomes a hyper-realistic looking nature documentary. In this way, “fact” and “fiction” live together side-by-side. But which is which? It’s all representation of moments that have passed.

When they aren’t posed like statues, Pais and Fawcett play everything in gesture, pantomime. At times, it all comes off as an abstract dance. Theirs is a world of its own in a lot of ways. In watching them, we see all the emotional complexities of romance. High, low, violent, contemplative, sensual and sad. It’s all there.

These scenes, as well as serving as the “fiction” elements of a documentary-fiction hybrid film remind us of how much of a voyeuristic act it is to watch a movie. What is the impulse behind that? We can’t help but be fascinated by these characters, even when a strange guilty feeling creeps up our spine. This is especially true during the more intimate moments. At one point, Pais’s character even stares directly into the camera, as if to say, “What the hell do you think you’re looking at?”

And, ah, well, a self-reflexive film must deal with time. There’s the obvious element of time, in that that the characters that Pais and Fawcett play will never grow old. They will outlive their representations, but they’re obviously not going to last forever. One of modern man’s greatest vanities is to assume an image is immortal.

Besides this, though, there’s the there’s the polaroids to consider. Pais’s character is constantly taking instant pictures so that the audience can watch the pictures slowly develop as she holds them up to the camera. Instant moments of time reproduced as we watch. But there’s nothing like analogue to remind us of the fragility of these moments captured, of the decay that will affect them over time.

Even with so much to intellectually unpack, I found this a very emotional experience. There’s a lot of great experimental film coming out of the Ireland and the UK, and Phantom Island adds something very powerful to that scene.

Phantom Islands will have its world premiere at the Audi Dublin Film Festival on February 27.