Cover of the Week: Peter Gabriel and Bon Iver 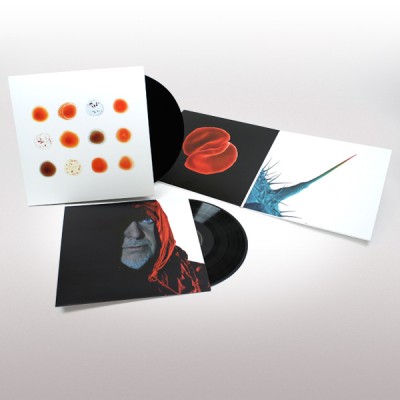 This week it’s the first of three articles exploring Peter Gabriel’s two companion covers albums; 2010’s ‘Scratch My Back’ and 2013’s much delayed ‘And I’ll Scratch Yours’.

The first album, ‘Scratch My Back’ consists of 12 covers ranging from David Bowie to Randy Newman performed by Peter Gabriel with an orchestra. The concept behind the album was a song exchange in which the 12 artists Gabriel covered on Scratch My Back would reciprocate by covering one of his songs to be released on the album initially entitled ‘I’ll Scratch Yours’ which would be released simultaneously to Scratch My Back acting as a companion piece. However several artists were late in delivering their songs or ultimately declined to participate, necessitating changes to the companion album’s concept. With several new artists aboard and a lot of momentum and interest lost, the slightly retitled ‘And I’ll Scratch Yours’ was released in September 2013.

Bon Iver – Come Talk To Me

First up is Justin Vernon of Bon Iver fame’s cover of Gabriel’s ‘Come Talk To Me’ from his 1992 album ‘Us’. As Vernon was one of the few artists to complete his cover on time his version of Come Talk To Me along with Gabriel’s cover of Bon Iver’s song ‘Flume’ was released as the third in a series of double A-sided singles that were put on to iTunes every full moon throughout 2010.

Vernon said of his cover: “It was kind of an easy decision because there were a lot of songs that had been important to me of Peter’s but that one was definitely principally the most important over the years. Through college I was a religious studies major and I’m not a religious guy at all but if there was a religion it was that song, it was this searching song for me, it was this kind of divine song for real. It was just an easy decision to make in that it was just ‘I wanna sing that song. I wanna relive that song.’”

Vernon’s take is not so much a reimagining of the song but more of a personal journey through the song from his own perspective. With banjos and softly distorted guitars the song echoes the uplifting and rising tone of the original. Vernon’s trademark falsetto harmonising with his own deep baritone however, makes for a softer and less insistent rendition than Gabriel’s, suggesting rather than demanding. You get the sense of Vernon’s reverence for Peter Gabriel and deep respect for the original; not wanting to tread on any toes by dramatically reshaping the song. This is illustrated by the high voiced troubadour’s humble statement: “I’m not gonna outlast Peter Gabriel ever, so I’m just trying to make it good enough to get on the record”.

Peter Gabriel said he was introduced to Bon Iver by his youngest daughter Melanie. Gabriel stated that the track when he first heard it instantly registered with him.

The song is the first track on Bon Iver’s (At the time a moniker for Justin Vernon alone but now a fully fledged 9 piece band) debut album ‘For Emma, Forever Ago’ which was recorded by Vernon alone in a remote cabin in Wisconsin during a three month ‘hibernation’ after the breakup of his band DeYarmond Edison and the end of his relationship with his girlfriend. The album was self-released in July 2007 and quickly gained attention from various music publications like Pitchfork Media. In February 2008, the album was re-released through the Jagjaguwar label with a new album cover. In May 2008, 4AD picked the album up for release in the UK and Europe. The album was widely acclaimed, receiving spots on critics’ end-of-the-year lists, as well as several awards.

Gabriel said that “Throughout the record I tried to keep the singing simple and direct and personal.” And he certainly achieves that on this song. Recorded in one take, Gabriel’s vocals are so clean and so pure that he really brings a different level of emotion to the song. The simple, empty sounding piano line that runs through the verses contrasts with the denser, warmer sound of the brass section to a hauntingly beautiful affect.

Vernon said of Gabriel’s cover “When I actually got to hear the version he did it blew me away, how he was able to bring it in to his place where he sings from, was just incredible.” “He illuminates certain things in the song that I don’t necessarily illuminate with my voice or my perspective”

You can watch both Peter Gabriel and Justin Vernon discuss the recordings of the songs below.