Overwatch 2’s Jump To 5v5 Terrifies And Excites Me 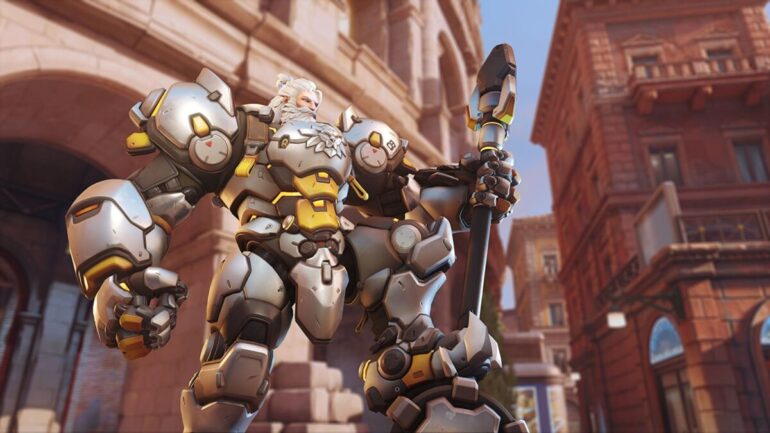 Last week, Blizzard hosted a 2 hour long gameplay livestream revealing a host of new details regarding the upcoming hero shooter Overwatch 2. Overwatch has established itself as one of the big hitters when it comes to hero shooters, and with the sequel, many people were largely expecting more of the same, only with new heroes, maps and modes. Those things will be present, sure, but Overwatch 2 will see Blizzard shake up the meta in the biggest way yet.

When Overwatch 2 launches, the game’s PvP will switch from a 6v6 shooter to a 5v5 shooter, with one tank, two DPS and two supports. During the stream, the developers noted a few reasons for the change, such as the desire to make the game more readable for players and spectators, along with the plan to make the game play at a faster pace with more aggression from the tank line.

Upon hearing that Overwatch 2 was switching to 5-a-side, my heart sank a little bit. For context, I’m a tank main in Overwatch, regularly switching between the likes of Reinhardt, Roadhog and Zarya, and the idea of playing as a solo tank didn’t exactly fill me with confidence. Playing as a main barrier tank like Rein would mean all the pressure and aggro is on you. Basically you’d be a target all the time, not just for the enemy team but for your toxic teammates who’ll probably send a bunch of expletive-ridden messages after the match because you didn’t play the game the way they liked. The idea of that alone gives me anxiety.

On top of that, tanks in Overwatch fit into the distinction of main and off-tank. Main tanks, like Rein, Sigma, Winston and Orisa, utilise their barriers and abilities to create space, while off-tanks like Zarya, Roadhog and D.Va have abilities and kits around getting picks on out of position enemies, or protecting the rest of the team. There’s also Wrecking Ball, who is–well, I don’t know actually. 5 years of playing Overwatch and I still don’t get Ball.

When the 5v5 announcement was made, the immediate reaction from a lot of players was that off-tanks would be immediately killed off, as why would you run a team that can’t protect itself from damage in favour of a chunky boy with a big hook? From first impressions, it just doesn’t seem like a viable option to pick an off-tank character when the entire team can only rely on one tank.

There’s also questions to be raised about the Ultimate economy in the game. Damage and support players will find that they’re gaining their Ultimate ability a lot less quickly, as there’s less enemies to kill or allies to heal. During the presentation, the developers even stated that there’s less Ults in the game because of the lack of a second tank, which might prompt Blizzard to tweak the level of Ult gain some characters receive.

Other changes include the desire to reduce crowd control abilities for DPS characters, the most notable announcement being that Mei’s primary fire will no longer freeze enemies. This is likely music to the ears of a lot of people who hate being perpetually stunned until death, but there’s the potential for characters like Tracer, Doomfist, Wrecking Ball and others to run rampant with their superior movement abilities. Without decent amounts of CC, those characters are going to be hard to stop.

The Overwatch League also has to reckon with these changes, and it might have dire consequences. With only one tank per team, half of the pro tank players will likely be left sidelined or benched in favour of other tank players, possibly those who are more comfortable with a main tank role. During the announcement stream, professional OWL competitor and off-tank for the Philadelphia Fusion Poko tweeted out: “Any fellow tank player scared for their job ?” One user cheekily replied saying Poko shouldn’t worry, seeing as OWL is partnered with job hunting website Indeed.

All of that being said, I’m still incredibly excited for Overwatch 2 and its grand shake-up. Overwatch has been out for 5 years at this point, and the last big changes to the game’s meta were the introduction of Echo in April 2020, and the 2/2/2 role queue matchmaking change before that in September 2019. It’s getting close to two years and those are the only big changes to the game, meaning that Overwatch has become somewhat stale. It’s still fun to play, obviously, but there’s a desperate need for something new and fresh. 5v5 could be that change.

Overwatch 2 is also going to be launching with new characters, such as the already announced Sojourn who will be a DPS character, along with new maps and modes. When Overwatch 2 launches, the established meta is going to be thrown out of the window when the player base gets some new toys to play with, and that’s incredibly exciting. Seeing how new characters can be used in combination with the existing roster, or how the already released characters can utilised in the new Push mode and maps like New York, Rio and Monte Carlo.

Change is always a scary prospect, and the changes that Blizzard are proposing for Overwatch 2 are quite the departure from the game fans have gravitated towards for the past five years. However, Overwatch 2 needed to evolve the formula in order to survive for the five, ten and twenty years following its release, and the ideas put forward are tantalising to say the least.

READ MORE: 5 Things We’d Like To See In Overwatch 2