Outriders: How To Import Your Demo/Beta Character

Pick up where you left off. 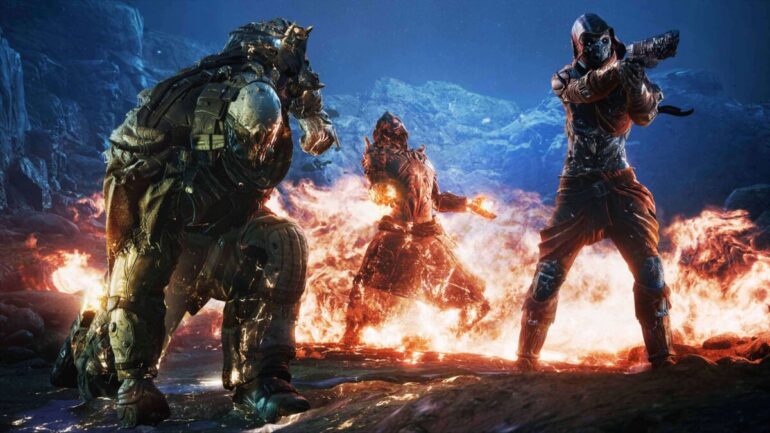 Outriders is launching tomorrow on PC, PS4, PS5, Xbox One and Xbox Series X | S, offering plenty of thrilling, co-op gameplay as you try to survive the horrors that the planet Enoch attempts to throw at you. Some of you might have played the game already thanks to the early demo, building up your character ahead of time. If you want to carry on your Outriders progress, this is how you do it.

How Do I Import My Outriders Character?

Like all good online games these days, Outriders was gracious enough to offer a free beta/demo ahead of the game’s launch. In that beta, players were allowed to reach level 7, complete the first few missions in the game’s story and a couple of side quests too. Players could also earn loot such as new weapons and armour, setting them up better for the full game.

Outriders allows you to carry all that progress over, and from our experience, the process is seamless. After booting up the main game for the first time, Outriders takes a lot of time to log-in, but once it does, you’ll find yourself at the character select screen with your beta character stood, ready to go. From there, you’ll be able to jump straight back into the story section and world tier you left the game on.

Another added bonus is that any achievements you might have earned in the demo, whether that’s related to story progress or enemy kills or so on, will automatically unlock for you when you log in. Personally, I signed in to unlock four achievements worth 60 gamerscore, which was nice.

As we’re reviewing the Xbox Series X | S version of Outriders, we can’t confirm whether or not the process is as seamless on PlayStation or PC, but if all the information regarding the beta/demo game data is hosted on either People Can Fly’s servers or in your cloud saves, it should be fine.