This weekend, history will be made. 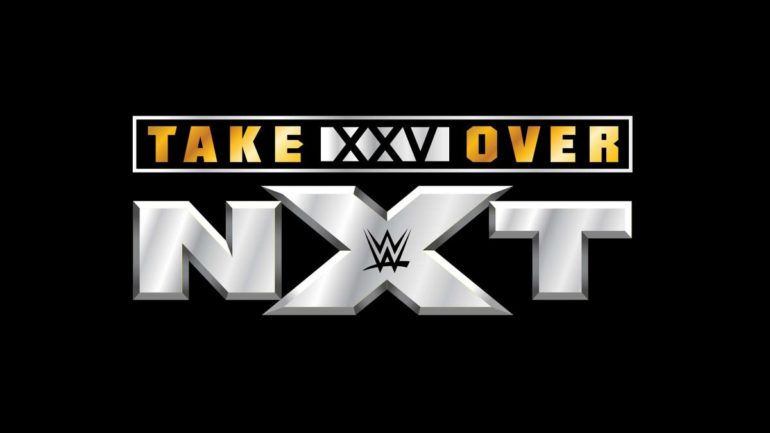 When NXT Arrival first aired back in February 2014, few could have predicted the goliath this brand would grow into. While not canonically a TakeOver, that first live special laid the groundwork for possibly the most consistent series of shows in wrestling today. The praise has been heaped upon every broadcast, with subsequent cards being heralded as better than the last. In the eyes of many, NXT can do no wrong and is the current gold standard of the industry.

Here we stand, one day away from the historic 25th TakeOver special. It is a predictably stacked card. Four title bouts and a heated grudge match. Every contest is a potential show-stealer. Who will win and take the brand into the future? Who will we see called up to the main roster when all is said and done? It’s time to predict NXT TakeOver: XXV.

The tease of Roderick Strong leaving Undisputed Era didn’t last all that long. It seemed to be going in the direction of luring Johnny Gargano into a false sense of security. In actuality, it culminated in Roderick Strong holding up a bloody flip flop (to the amazement of Kyle O’Reilly). This has set the stage for a rather unique TakeOver statistic: this will mark the first time all four members of UE have competed on the same card in different matches. I can’t think of anyone better to pair Matt Riddle up with than the Messiah of the Backbreaker. One of wrestling’s hottest rising stars and one of its most respected veterans. Two men with hard hitting styles and a lot of respect from the crowd. It’s sure to be fantastic.

Prediction: At least one of the Era have to take a loss, right? Matt Riddle needs to swing some momentum back his way after losing to Velveteen Dream in New York. Sadly, Roddy has to be the fall guy, it would appear.

Oney Lorcan & Danny Burch Vs. The Street Profits Vs. The Undisputed Era Vs. The Forgotten Sons

It’s been far too long since we’ve had a ladder match in NXT. Not that that’s a bad thing. The brand has thrived for so long because it uses gimmick matches sparingly and only when they’re needed. The last time this stipulation was put into play in the tag division was that fateful night in Chicago when Tommaso Ciampa betrayed Johnny Gargano. It’s laid dormant ever since. In the mix, we have the best teams NXT can offer (and the Forgotten Sons) to dish up some carnage. The vacuum left in the division without Viking Raiders means this is anyone’s to take advantage of.

Prediction: The two obvious favourites are Street Profits and Undisputed Era. Angelo Dawkins and Montez Ford have got themselves over in a big way with NXT crowds and are finally booked on the main TakeOver show. On the other hand, Bobby Fish and Kyle O’Reilly have long had credit for their tag team work, whether as reDRagon or as a part of Adam Cole’s renegade band of a-holes. This may be a bold one, but I’m predicting that Undisputed Era get a three-peat, securing a record breaking third NXT Tag Team Championship reign. My reasoning? Because the UE are gonna be draped in gold, BayBay!

Talk about a dream match, pardon the pun. Tyler Breeze will be challenging for the North American Title a second time, following on from his surprise match against Ricochet back in December. Prince Pretty now has his sights set on the first NXT superstar since his run to have a true gimmick and outrageous persona. Many have drawn comparisons between the two; this match just makes perfect sense when you look at it. Can you imagine how insane the entrances will be?

Prediction: I’m not entirely ruling out a shock win from Breeze. But I’m still siding with Velveteen Dream. It remains to be seen if Tyler’s back in NXT full-time or just for this feud. If he’s only here to give Dream something to do on the night, he doesn’t have a frog’s chance in hell of winning. If his move is more permanent, however, then who knows who’ll be walking away with the gold?

Shayna Baszler’s run at the top of the women’s division has been a monster to behold. Aside from Kairi Sane having a brief reign with the belt, Shayna’s had a stranglehold on her title (and her opponents) since April of last year. Just when it seems her reign might be coming to an end, Triple H pulls the rug out from under us and keeps the most dominant women’s run since Asuka alive. Io Shirai’s been hovering around the title picture for months and absolutely has the credibility to take the strap. She was Stardom’s ace and only bolsters WWE’s collection of top Japanese talent.

Prediction: I’ve learned to not bet against Baszler. It seemed almost certain that she’d drop the belt in New York and look what happened. While Io is garnering momentum and has been portrayed as capable of besting the Queen of Spades, I’m picking Shayna Baszler to retain. Her list of victims will keep on growing until it’s impossible to add any more to it.

In a rematch from their epic 2-out-of-3 falls match in New York, Adam Cole is once again looking to capture a prize you’d think he’d already have won by now. Gargano finally capturing the gold in April was a cathartic moment. It’s going to be difficult the top the high stakes drama of the last contest, especially without the aid of a stipulation. But if there’s any two performers who can deliver on the big stage, it’s these two.

Prediction: While I was incorrect last time, I’m doubling down on Adam Cole. Babyfaces like Gargano aren’t meant to have long reigns. The fun is in the pursuit of glory and the joy of the victorious moment. Adam Cole is the heel who likes to spoil everyone’s fun. When Cole and his friends walk out of TakeOver with three belts around their waists, the proclamation of them being draped in gold will simply be undisputed.