Plus a tonne of new Switch exclusive features. 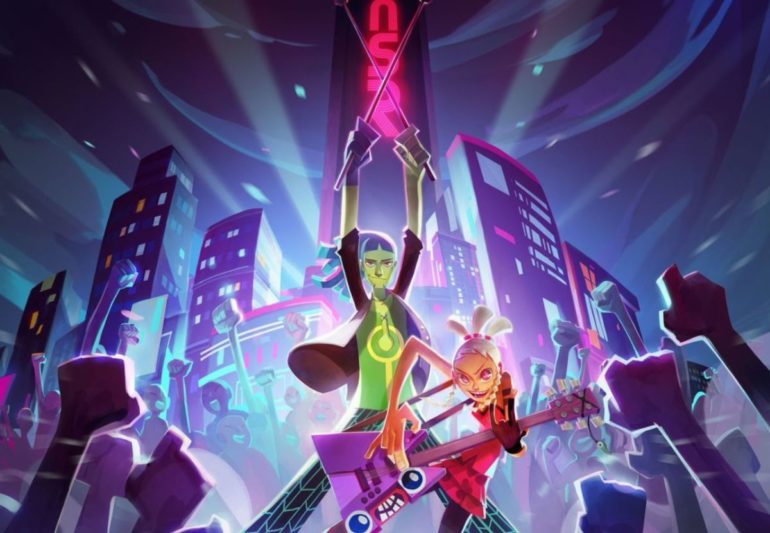 Sold Out and Metronomik have today announced that No Straight Roads, which was previously only planned for PC and PS4, will now also come to the Switch and Xbox One.

The Switch seems like it’s getting the best shake of the stick, however, with a lot of exclusive features, the most prominent of which being touchscreen support. As well as that, Switch players will be able to use an assist mode, which entails a secret alligator assistant coming along to give you special items.

Players on Switch can also play three-player co-op and play with a single Joy-Con, the other Joy-Con being usable by a second player as well.

Here’s a new trailer for No Straight Roads.

On the decision to port the game to these new platforms, Sarah Hoeksma, Marketing Director at Sold Out, said the following:

“Fans have been asking for Nintendo Switch and Xbox One versions of No Straight Roads since day one, so we’re incredibly excited to bring the game to those platforms simultaneously with the PS4 and PC versions this June. We can’t wait for players to embrace their inner rock star this summer with this musical adventure on their platform of choice.”

No Straight Roads is barmy rhythm action game that features rockstars trying to save the world from EDM. It’s definitely out there, but it’s also pretty fun — I played it at last year’s Rezzed and had a loud and exciting time with the game.

Directed by Wan Hazmer of Final Fantasy fame and Daim Dziauddin, who has previously worked on Street Fighter V, No Straight Roads will launch on PC via EGS, PS4, Xbox One, and Switch.