Home
Gaming
No Man’s Sky: Should You Return For the Foundation Update?
Gaming

No Man’s Sky: Should You Return For the Foundation Update? 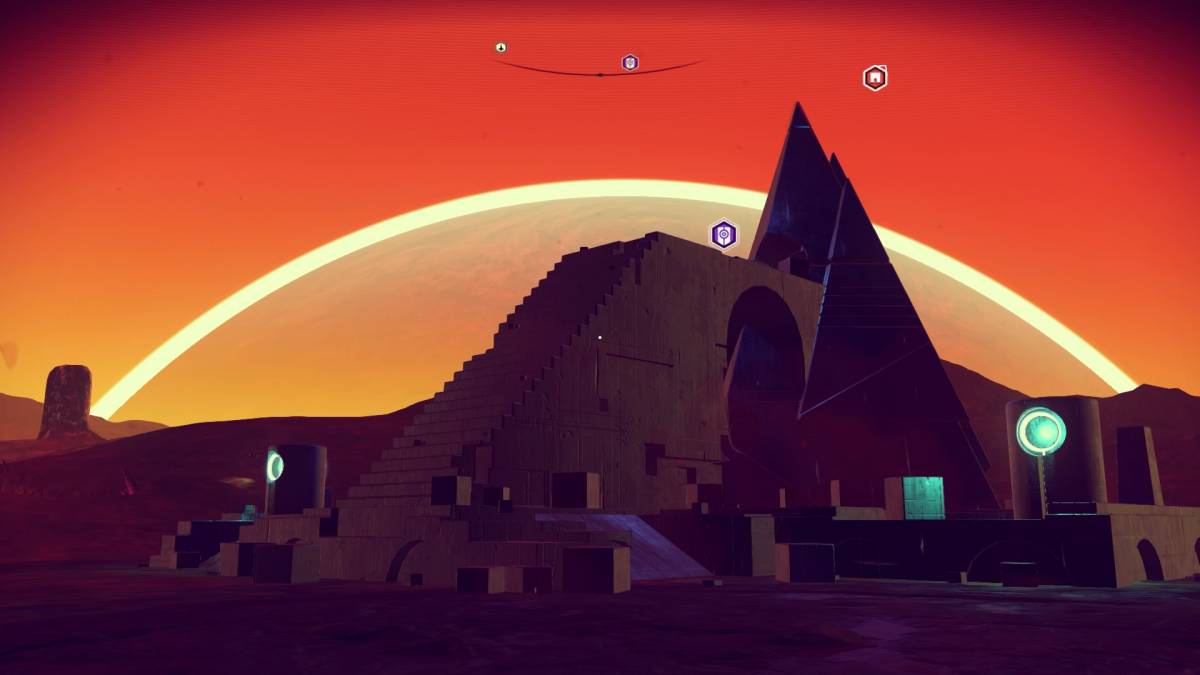 Hello Games have broken their silence, if you count tweeting as an acceptable form of reaching the thousands of disappointed gamers. Their couple of tweets may only have been a whisper, but the latest update was a shout, to say “Hey guys! We’re still here!” and that’s where it really counts. I still say get yourselves a community manager, but the Foundation update goes someway to restoring a little faith.

The update is the first step on the ladder to delivering on expectation. Ignoring bugs, the release version of the game was short on gameplay elements and some features that were hinted at prior to release. It’s appropriate that base building has been implemented, as this update feels exactly like its title. The foundations for the future are being set. 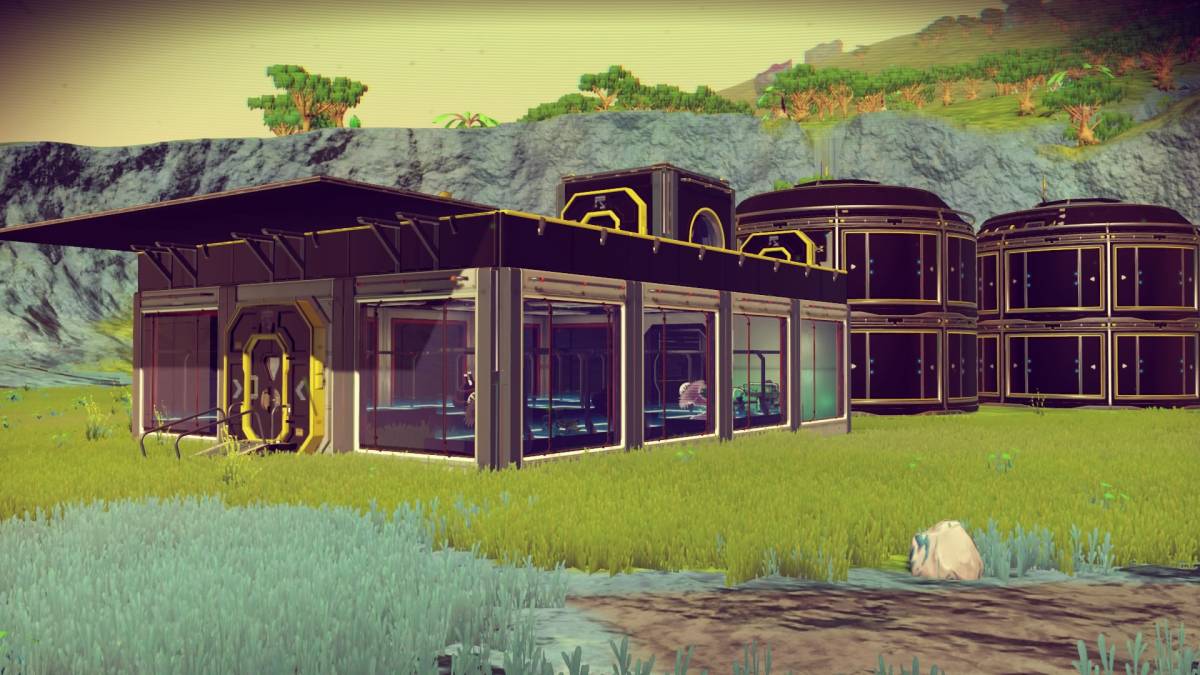 Impressively, Hello Games have bravely shaken things up a bit with two new game modes (as well as recoding some algorithms in the main Universe). In addition to the standard mode are Survival and Creative mode. In Survival, you begin as you always did, on a random planet with a crashed ship. However, you will need to make your way to the ship, and depending on the planet and how far away you are, this first adventure in itself can be life threatening. Living is harder and dying is easier. You’ll do well to just reach the ship.

In Creative mode, there are no restrictions on resources. This is a true sandbox for the players to play in, and allows for some creative exploration, especially when it comes to base building. There’s no challenge here – it is merely for those looking to play with the new game mechanics, perhaps in lieu of deciding what kind of base you want to build in the main game.

If your first instinct about base building is “What’s the point?” then you could be forgiven. After all, it’s a game about travelling and exploring. And the waypoint system was atrocious – how could you find your way back to your base? So the first important thing to note is that teleportation has also been implemented. You can travel freely between base and space station, no matter the station’s location. 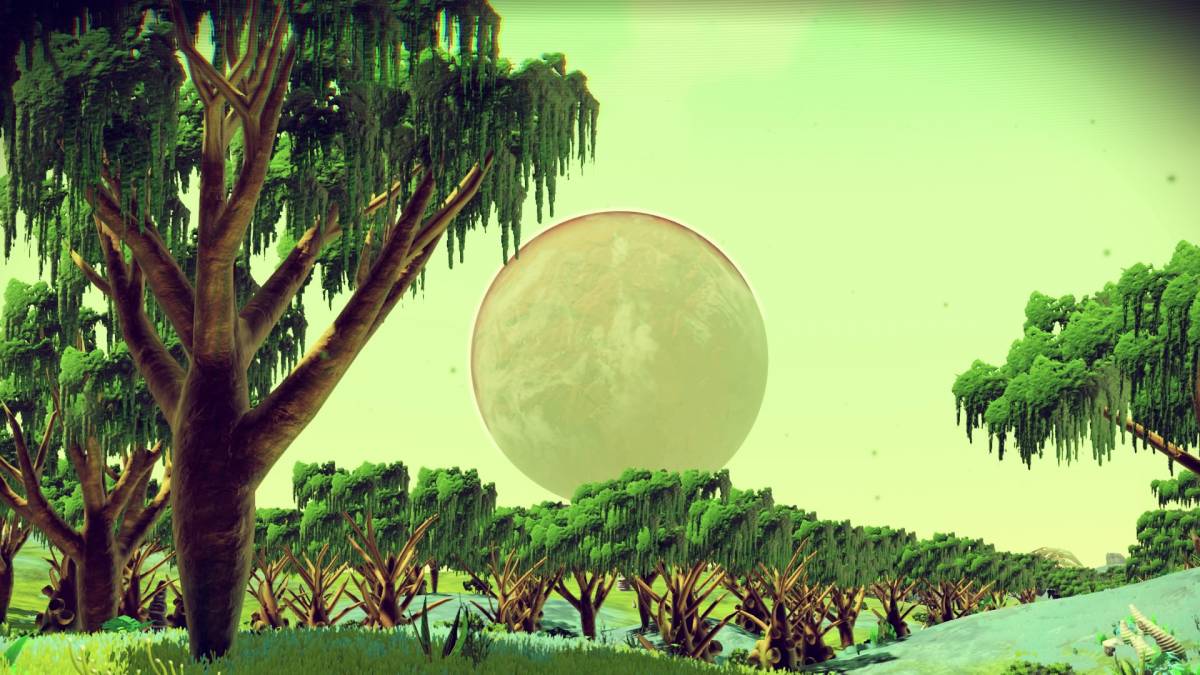 So you can have fun, basically, setting a home planet and building up your base as you see fit. You can even leave a welcome message for any other players who happen to stop by.

As your base expands and you add more terminals to work from, more options and quests are opened up to you. You’ll need to hire Gek, Vy’keen and Korvax to man your terminals, and they’ll give you the quests. These are actually a great method of introducing you to some of the new resources and blueprints that are available. No need to go searching on forums for the answers to how you get this or that; as you progress, the extra blueprints and building materials you need will open up. In normal mode, you won’t be able to build everything straight away, but it doesn’t need to take long to work your way through the missions. That’s all down to your play style, though. 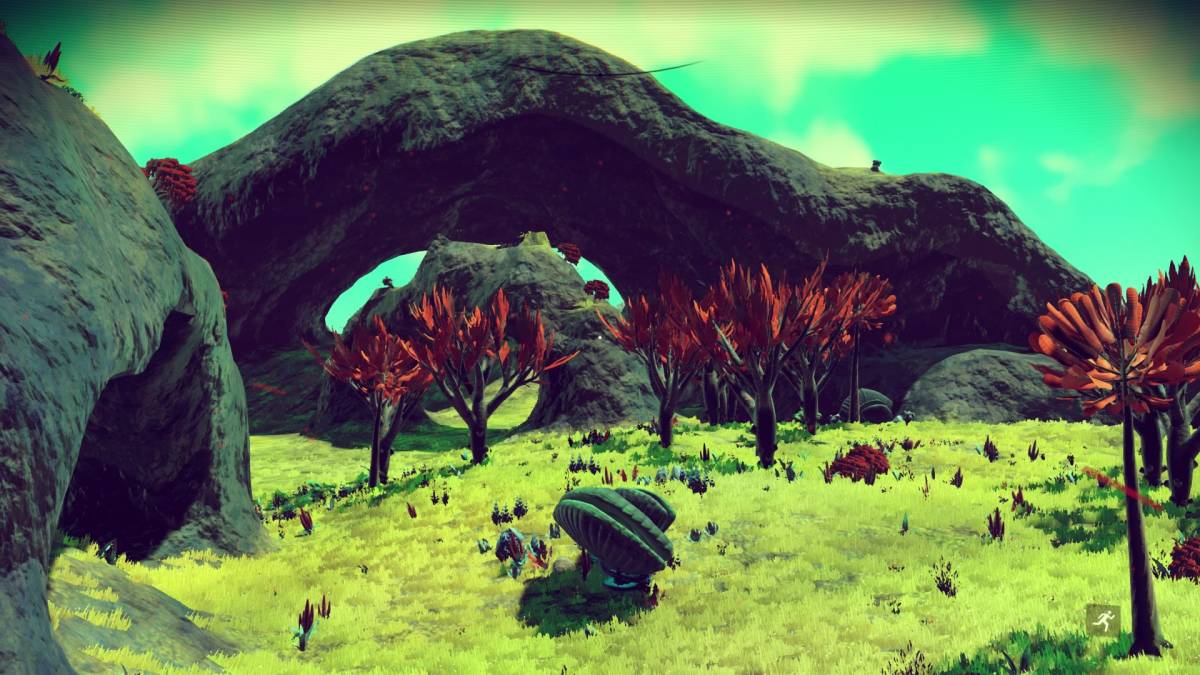 With base building comes farming and mining. You’ll now be able to build yourself a small (or large) Hydroponics lab to grow some of your favourite plants for harvesting. The work of mining is also taken out of your hands with the introduction of automated harvesters that you can put to work on a column of Heridium or arch of Nickel.

Interstellar freighters are now available to buy. These, like bases, are customisable on the inside, but serve primarily as a place to story valuable cargo (which can be teleported from the planet surface) to enable you to maximise profits in favourable systems. They are expensive to buy and then expand. You’re looking at around 7 million for a starter freighter. Wait until you find one you really like the look of, as the outside is not editable (yet). 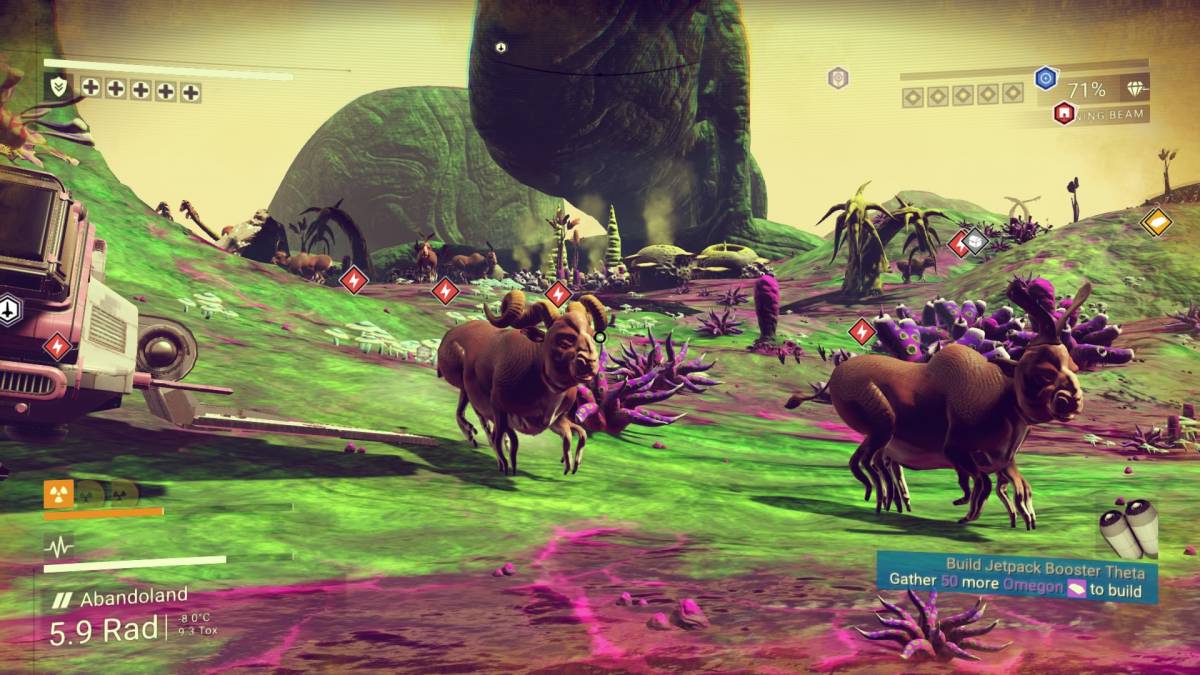 To purchase, look for freighters with an entrance indicated by a yellow circle. If none pop into your space, you can also participate in a space battle (which are now more frequent – you’ll often warp straight into one) and you’ll be offered the chance to talk to the freighter captain if you don’t die. The captains are very amenable to selling up it seems.

The change to the user interface also deserves its own little heading. It’s a simple thing, but something everyone was calling for: the ability to recharge your technology on the fly. No more scrolling through the UI to find your deflector shield to recharge in the middle of a battle. It’s still not a one-button press, but at least now anything that needs charging is now shortcut by pressing down on the D-pad (PS4). You can also directly repair from this shortcut.

The release version of the game was patchy – nine patches to be exact – and it seems weird that that is not the foundation that we are talking about here. This Foundation update is the poured concrete upon the groundwork built by the previous versions. It’s solid, and will no doubt draw back some of the players that were lost. The core game is still the same, so if the idea of exploring for exploring sake is not your cup of tea, then this will change nothing. 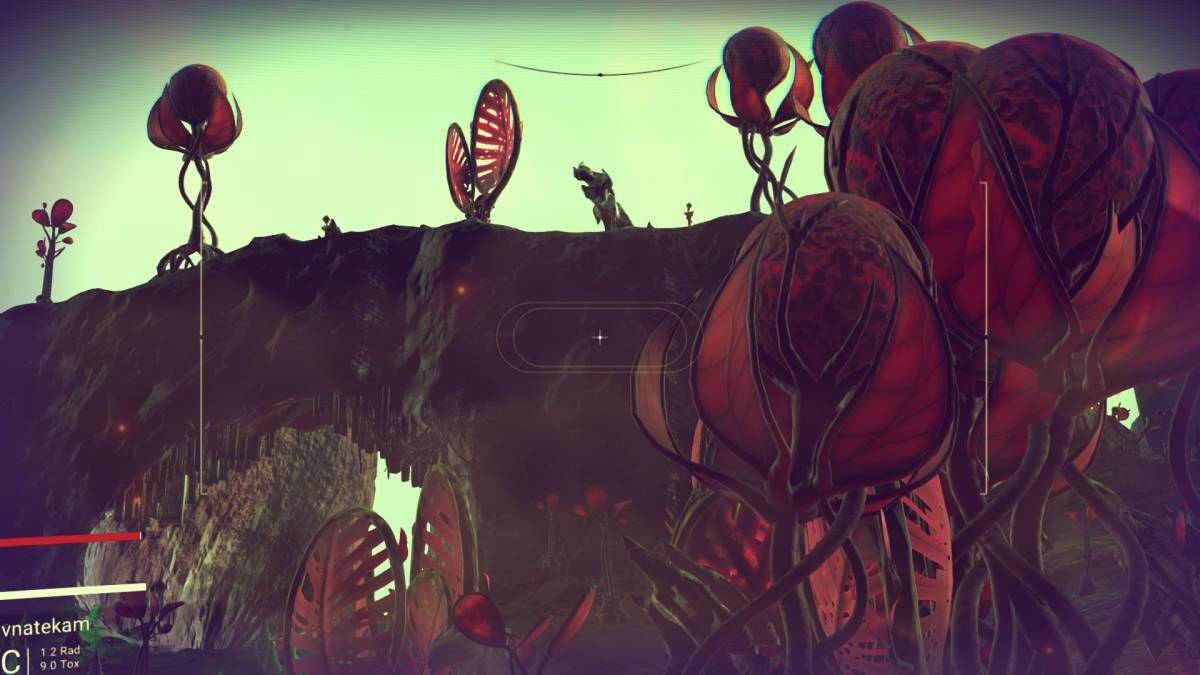 However, for those of us who do like exploring, this update, along with some additional things they’ve tweaked, like some smoother visuals and greater variation in terrain and animals, is a good start. The base building is fun, and I see promising things for the future, like land vehicles and greater interaction with the alien species (it was nice to see all three species sitting in the same room).

A lot of what has been added should already have been here, but we can forgive Hello Games for no doubt being pushed into a tight space. If they must remain mostly silent, we should take it to mean they are working around the clock to provide more content. So long as the content drops continue to be progressive, we may be getting closer and closer to a game that delivers for the original price tag.

Click here for full details about the latest update.