Make The Case: 5 Good Things About The A Nightmare on Elm Street Remake

Do not adjust your phone/laptop/monitor/Zune screen, we're doing this. 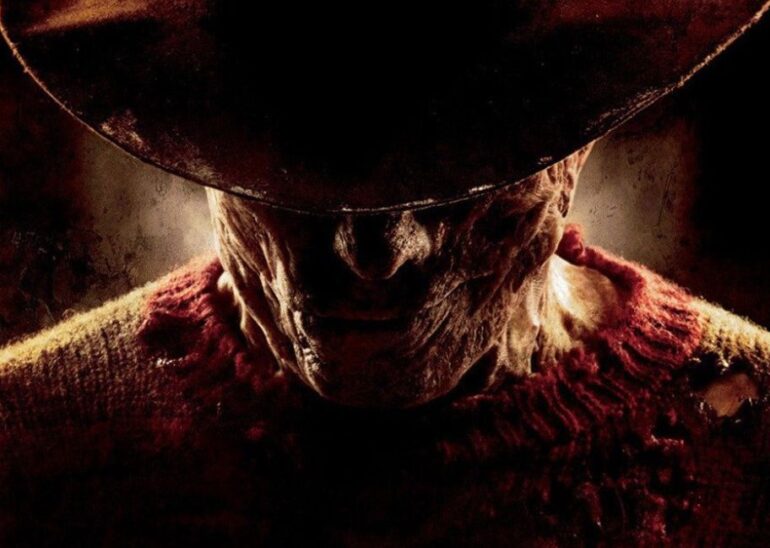 Time has proven to be kind to many of the horror remakes that dominated theaters and direct-to-video releases for much of the first decade of the 2000s. Films that were once widely derided for being soulless reimaginings of established genre classics are now being seen by many as exceptionally entertaining, even subversive takes on tropes and other expectations.

I’ll be the first to admit that I’ve revisited a few of those remakes, discovering that many of them were indeed at the very least fun. The people who greenlit these movies may have seen dollar signs, but the people they hired to make them were by and large working to make the best movies possible. I’ve come to see a lot less cynicism in these reimaginings than I previously accused them of possessing.

Unfortunately, one of the few horror remakes I enjoyed at the time of its release hasn’t received much of the renewed interest I’ve recently seen for stuff like 2003’s The Texas Chainsaw Massacre or 2009’s Friday the 13th.

I’m talking about the 2010 remake of A Nightmare on Elm Street. Enormously unpopular with critics and fans alike, it is to date the last feature film word on Freddy Krueger himself. That’s how much people hated the movie, which nonetheless did very well for itself at the box office.

Money tends to drive all things that happen in Hollywood, so it’s impressive to me that movie’s financial success was outweighed by how ridiculously unpopular this film continues to be.

I agree with most of the criticisms of the film. The makeup utterly and definitively sucks. I still also believe, and I’m going to elaborate on that further in this new format for this month’s Make the Case, that it was a mistake to hire a director who had never helmed a feature before.

So, here we go with five different aspects of the movie that I genuinely liked. I just wish these things could have come together with just a little more energy.

While the kids/potential victims, an essential component to the best Nightmare on Elm Street movies, are a mixed bag here, I thought the 2010 remake actually did exceptionally well in casting parents, assorted authority figures, and various other adults.

One of the strongest aspects of the original Elm St was a cast in which the adults were more interesting than they often get to be in these movies, particularly in slasher movies, alongside the younger protagonists who drive most of the story.

While the younger actors are hit or miss here, mostly miss, the 2010 Platinum Dunes entry did bring strong performers like Kurt Naebig, Clancy Brown, and Connie Britton. They just didn’t have very much to do.

Another bumpy road associated with this film. However, while I will always have issues with this script, I also believe the basic skeleton of what we have here is pretty good.

Again, the 2010 A Nightmare on Elm Street was more of a frustrating experience for me. As opposed to somewhere I can just say “I really liked it” or “I really hated it.” The movie defies a straightforward review to the point where I’m kind of annoyed. I guess this speaks to how much I love this series, which is probably still my favorite horror franchise of all time.

A remake was inevitable, I thought, and I just wanted something that would set a compelling Freddy Krueger in motion.

To a certain extent, the script did a few things particularly well. The movie aspired to combine newly crafted nightmare sequences with moments lifted distinctly from the 1984 original. It didn’t always succeed at this, but it was a step in the right direction. This combined with the smart decision to not try and combine elements from various films.

Clearly, someone watched the series, and came to the conclusion that such a film would be a train wreck. Although I know a lot of people who have seen this, and would argue that might an improvement.

One of the scariest things about Freddy at his core is the idea that he can get to you in your dreams. It’s simple because it’s one of the most prevalent inevitabilities in our lives. You can’t hold out forever. You just can’t. The kids at Freddy’s mercy, unless they strike back, are completely and definitively doomed.

The best of this series captures, contains, and builds on the desperation of doing something that is literally impossible – staying awake forever. That notion scared me to death as a kid, and it at least still interests me as a movie concept in adulthood.

The addition of microsleeps to the 2010 remake, a condition brought about by sheer exhaustion, didn’t seem gimmicky to me. It struck me then, and still does now, as an interesting way to create new circumstances from the established material. I think its use here leads to scenes of intensity and tension on par with at least most of the series of the Robert Englund run.

Another mixed bag, but I do think there is a lot to appreciate.

Again, while the makeup is what I would call a well-intentioned misfire, at best, the movie does create its own unique, decidedly grim approach to embracing and then deviating from the visual punch of Wes Craven’s 1984 original. It gets a little too grimy for its own good (if that makes any sense), but does boast a memorable boiler room, as well as some intense, comparatively grounded examples of Freddy’s power.

I’m also partial to the schoolhouse, particularly in the film’s conclusion.

Hiring a director of music videos and commercials like Samuel Bayer was not a bad idea either. A director of note for commercials and several memorable music videos, Bayer was an intriguing choice for a horror movie that relied on fast-paced, hellish visuals during dream sequences of varying lengths.

However, while the dream sequences are important to the series, they aren’t everything. This is particularly important if you’re going to essentially redo the first movie, which had to do a lot on a miniscule budget. The remake of A Nightmare on Elm Street needed to be a more rounded film than perhaps any other in the franchise to date.

For that overall aspect of it, Bayer, directing his first feature (he hasn’t directed another to date) was perhaps not the best choice.

Without a strong actor to play Freddy, there isn’t a movie. Freddy was a powerful enough character to establish New Line Cinema, turn Robert Englund into an icon, and create basically an impossible situation for any actor who had to succeed Englund.

There are a few actors I think could make for an interesting Freddy. Jackie Earle Haley, at the time making considerable strides as an actor taking to the comeback trail like a bat out of hell, struck as a perfect candidate from the moment he was announced. In the decade prior to A Nightmare on Elm Street, Haley had been playing a steady stream of misfits, monsters, and scene-stealing maniacs.

Watching him in the movie, Jackie Earle Haley gives perhaps the meanest incarnation of Krueger to date. There is nothing smug or comical about this Freddy. There isn’t the Robert Englund shift from humorous to terrifying (and sometimes just humorous). This is a Freddy steeped in a degree of open cruelty that Haley taps into in his own singular way. The result is a strong antagonist that at least drives my ability to finish this movie.

Haley’s Freddy cracks jokes, but they aren’t meant to be funny.

One thing I go back and forth on: Did the movie make a mistake in suggesting Freddy was in fact innocent, only to eventually assert that he was indeed a monster who deserved to be reduced to ash?

I wonder sometimes, if only because the notion of a Freddy Krueger who at least didn’t deserve to die at the hands of a vengeful mob could have made for a very interesting deviation from the norm of this series.

Or it would have been a naïve, even stupid idea.

Once more, the 2010 A Nightmare on Elm Street is more of a frustrating experience than anything else.

Also, as far as a “Freddy was innocent” approach, I do have to remember that technically, The Simpsons did it first.