New Amsterdam has done it once again with an outstanding episode, and honestly, we’re not sure if we’ll ever be able to stop praising it. 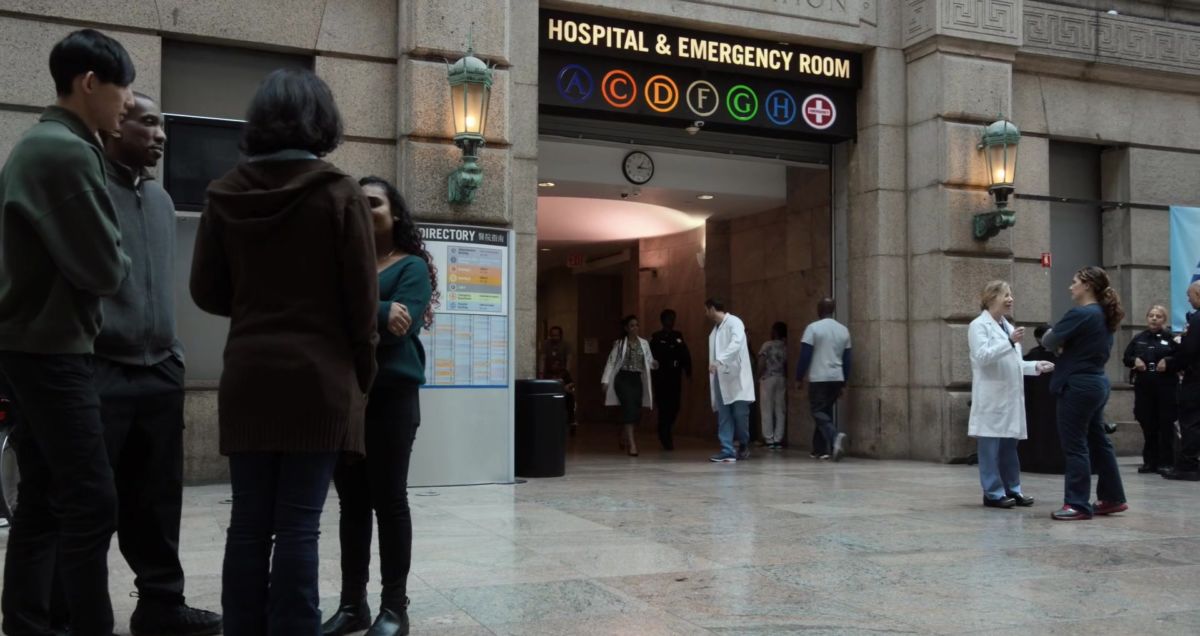 This week’s New Amsterdam episode, “Three Dots”, gave viewers a much needed perspective on mental health, one that often gets overlooked in medical dramas. It is a given that mental health has a stigma surrounding it no matter what culture, race, religion, and environment you come from. But what’s often ignored in medical dramas is the stigma in cultures outside of the young Caucasian male or female. It’s rare for series like this to explore other religions and cultures, which is why New Amsterdam has been able to stand out amongst shows like it. ABC’s Grey’s Anatomy or Fox’s The Resident also like to push beyond the boundaries, but New Amsterdam is taking it to the next level.

Mental health is a sensitive and difficult topic to broach, but in this week’s episode, “Three Dots”, it is elaborated on through a young Asian female named Amy. She comes into New Amsterdam to find a way to treat her migraines, but it soon became apparent that she needed more help than she was letting on. When it was suggested that Amy may have stress-related issues or something even deeper going on, Amy’s mother was quick to reject the idea.

There was no room for weaknesses, and essentially nothing but an actual physical illness could be the reason for Amy’s discomfort. As the episode went on, Amy’s mental status become glaringly more obvious, and despite her mother choosing to ignore what was going on, things got even worse. After leaving New Amsterdam, Amy tried to commit suicide by jumping in front of the subway. She survived it, but it shed light on the fact that she’s dealing with much more than migraines.

“Three Dots” did a marvelous job really homing in on this storyline of the episode. It was a double whammy of sorts that not only focused on the importance of mental health, but took it a step further by focusing on a specific culture and the denial that often goes with identifying something is going on. There have been so many medical dramas over the years, and it’s hard to say whether or not they’ve ever attempted to cover this topic in the way New Amsterdam did. In Grey’s Anatomy, we’ve seen many of the main characters struggle with depression and suicidal thoughts, but the situations were always masked with the drama of the moment.

New Amsterdam brought a really important issue to focus because Asian cultures (South and Southeast, etc) tend to carry a very negative stigma when talking about mental health. For many, it means you are weak, not intelligent enough, or just an epic disappointment. To verbalize that one may be struggling with depression is perceived as “being crazy”. Of course, this isn’t a generalized statement but nonetheless a reality many do face all over the world. In “Three Dots”, the doctors have to work around the fear that Amy’s mother has over her conditions, and have to figure out a way that allows Amy to get the help she needs.

Of course, as much as they attempted to keep it a secret, her mother was eventually brought in on the game plan to have Amy seek professional help. This episode of New Amsterdam manages to explain the taboos and stigmas of a culture that many aren’t even aware about. While these situations can exist for anyone from any culture, it is commendable that the series focused in on an Asian family. There’s something to be said about how the doctors reacted to this predicament in “Three Dots” and how they had to figure out a way to help their patient. Amy’s mom was a difficult obstacle to face, but it was noteworthy that they could help her understand Amy’s state of mind by the end of the episode.

An interesting angle the story took in “Three Dots” was figuring out how to bill for Amy’s psychiatric care without alerting her parents. In The Resident’s first season, the hospital’s CEO brought in a financial advisor of sorts, who came down hard on the types of patients that were being treated, and tried to milk them for all the money they could offer. Sometimes coding was manipulated to get the most profit, or patients in need turned away because they wouldn’t bring any profit at all. This is an aspect of medical dramas that aren’t discussed enough, but should be. In the case of New Amsterdam, the dilemma wasn’t about trying to make more money, but all in good favor to help Amy out. However, it still brings up the point that money and health insurance and patient care are a tricky part of hospitals, and it often dictates whether or not a person can live.

As has been said before in previous reviews, New Amsterdam gives a unique voice and platform for medical dramas, and there isn’t any other show quite like it. Grey’s Anatomy has been one of television’s longest running medical dramas, and yet it still doesn’t possess the same intrigue New Amsterdam does. Why is that? Well, New Amsterdam isn’t afraid to take their gloves off and talk about the real issues or the suppressed issues. Meanwhile, Grey’s Anatomy is an absolutely wonderful show, but it thrives on drama and suspense. New Amsterdam is not trying to do that, but is simply keeping it real.

Whether it’s trying to help a parent understand their child isn’t weak, but he or she needs professional help and guidance or if it’s trying to navigate through the messy healthcare system, New Amsterdam knows how to talk about the hard hitting topics. It’s not trying to gain ratings because of suspense and cliffhangers, but rather New Amsterdam is reminding us of the humanity that exists within hospitals. In “Three Dots” we got to understand a culture that may not be familiar to us, but the problems resonate nonetheless. This episode also reminded us that mental health is not a topic to be ignored, and should be embraced and treated in a way no different than if we had the flu. New Amsterdam has done it once again with an outstanding episode, and honestly, we’re not sure if we’ll ever be able to stop praising it.