And how Dr. Strangelove and Godzilla aren't that different, despite the big lizard. 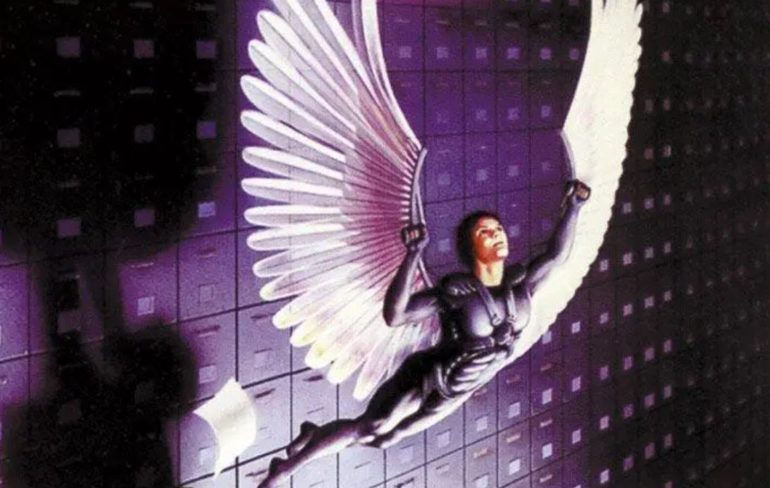 I obviously watch a lot of movies. While film, in particular narrative film, might have an ample amount of exaggeration, hyperbole, and outright lying, I don’t think it’s an accident that there are so many great movies about bad governments out there.

The cynicism that compels someone to make a movie on this larger theme is more often than not derived from a real place. Combined with historical elements, you have movies which can give us a little leverage in processing the madness we seem to inhabit from one wearying second to the next.

I don’t trust anyone whose worldview is entirely composed of what they see in media, but I do believe movies in particular can strengthen empathy, bring us a story from an unfamiliar part of the world, and leave us with ideas that we can carry into reality. Movies about government cruelty, incompetence, or willful, almost supernatural ignorance, for example, can also give us the ability to find humor in what is quite frankly a humorless situation. More often than not.

For this month’s Make the Case, I’m looking at movies in which the government has failed its citizenry on a level that almost defies description. I lean on that dark humor quite a bit for movies about crappy governments, but there are also stories which depict or simply reflect the steady evils we encounter all over the world. My hope is to give a solid overview of the concept in as many forms as possible.

“Bad” here can be defined as incompetent, evil, indifferent, or a whimsical mixture of all three.

This list is simply movies that have helped me make sense of my surroundings. If you haven’t seen any of them, I hope they will do the same for you in your own way.

It’s either a cliché to include Dr. Strangelove on any list of movies about bad governments, or it’s as essential as ever to include this movie in the discussion. While I’m obviously in the second category, there is also a part of me that thinks it’s too easy to mention Stanley Kubrick’s defining moment of black comedy combined graphically and wildly with precision observation and technique. For me, if this list was solely focused on crappy governments depicted through dark humor, Dr. Strangelove would be number one by a sizable distance.

The characters and performances are perhaps what gives the movie an ability to impress and terrify long after its initial popularity. The three characters portrayed by Peter Sellers (famously supposed to be four) are crucial to that aspect, as the story of escalating tensions between the U.S. and the Soviet Union turns deadly, at least in description. However, in the hilarious reality of the film, credit must be given to the rest of the cast, including George C. Scott, James Earl Jones, and Slim Pickens, who breathe life into Kubrick’s unflinching, necessary eye for ideas and singular artistry. The result are two completely different camps, Kubrick, and then the rest of the cast and crew, coming together to tell one of the most politically necessary comedies in movie history.

Do you think you currently live in a dictatorship? Z, which continues to be one of the most influential movies about fascism and government, has the power to evoke the strong suspicion that you might be. Another satire with a decidedly bleak outlook on life, few movies leave you with a deeper despair towards your surroundings than Z.

It is also a movie that can also leave you enraged. This is one of the most emotionally powerful movies you’re going to see this year, if you’re new to this landmark of searing political commentary, striking characters and dialog, and the potential of those qualities in the hands of a filmmaking and storytelling master. Z combines the best elements of an action epic with a vicious attack on Greece’s frightening government at that point in time. Z is also worth watching for flawless performances from Jean-Louis Trintignant and Yves Montand).

Ultimately, and repeatedly, movies reminds us that government control is an atmosphere. It permeates and devours everything.

Brazil is a nightmare that moves without rest alongside the march of time. It is in literally every molecule of Terry Gilliam’s singular dystopia. Nothing is beautiful here. At best, it doesn’t stay that way for very long. Everything in this world, run by a swift, cruel, and idiotic government, is as fast as it is hopeless.

From the moment the movie begins, the story of a lowly bureaucrat named Sam Lowry (Jonathan Pryce), we are surrounded by shrill, fantastical hell. As good as Michael Radford’s 1984 adaption of George Orwell’s novel might be, it pales in comparison to the combination of reality and the unreal that Gilliam (as well as co-screenwriters Tom Stoppard and Charles McKeown), the crew (Roger Pratt’s hyperactive, claustrophobic energy), and the cast (particularly Michael Palin and the late Ian Holm) battled to bring to the screen.

For its powerfully depressing tone and conclusion, Brazil is also very, very funny. There is also Gilliam’s marvel at life itself, his constant efforts to marry the horrible and the beautiful under a vast, dangerous ocean of stars. Brazil takes you to hell and back to see these elements, but they’re there. Certain qualities and ideals can survive the most sadistic governments. Brazil argues they shouldn’t have to.

While some people suggest Barry Levinson’s pointed political satire Walk the Dog can make us imagine a simpler time, I wouldn’t go that far. The world of Wag the Dog is every bit as unpleasant, disillusioning, and treacherous as the one we have now. If Wag the Dog has anything going against its many engrossing qualities, it would be that the movie is pretty standard 90s big budget satire. The movie has a certain gloss to it.

That’s fine. However, that’s not the same as a situation preferable to the one we have now.

If a different director had made Wag the Dog, it probably would have been a good deal meaner. The performances and story would remain the same. A Washington spin doctor (Robert De Niro) and Hollywood producer (Dustin Hoffman) fabricate an entire war to distract from The President touching a little girl, two weeks before the election. What would change is our comprehension of how awful and disheartening the plot of the movie really is. The movie could have gone much deeper into the various consequences of the relationship between a knowing government and the benefits of nationalism from the people they’re supposed to represent.

It probably wouldn’t have been as enjoyable as a result, so let’s just stick with what this movie offers as commentary, satire, and entertainment. On all three of those fronts, we have a film as hilarious as it is quietly frightening.

Wag the Dog’s only sin is not anticipating the technological advancements of the 21st century.

The 29th Godzilla film produced by Toho paid tribute to the 1954 original Gojira in at least two meaningful ways. First, Shin Godzilla features the scariest appearance of Toho’s iconic character in decades. There is nothing sympathetic about this mutant, which rampages through Japan, mutates into even more chilling forms, and is bent on nothing more than fearful, absolute destruction.

The supernatural implications of Godzilla are still here. They just transformed into something that is almost unspeakable in what it suggests. Like many great horror movies, Shin Godzilla uses what we can’t see to make what we do witness even scarier.

The second tribute is apparent, as well. Directors Hideaki Anno (the dewy-eyed optimist behind Neon Genesis Evangelion) and Shinji Higuchi drew from real-life anxieties in the aftermath of the Fukushima Daiichi nuclear disaster, as well as the 2011 Tōhoku earthquake and tsunami. The 1954 Gojira spoke to Japanese anger after the dawn of the nuclear age, particularly the U.S.’s responsibility for causing the Japanese fishing boat Lucky Dragon No. 5 to become contaminated with radioactive material. If you put these real-world fears into something physically and contextually monstrous, the results aren’t pretty.

However, all of that just amounts to a very good remake. What makes Shin Godzilla a standalone classic in every sense is its flawless, depressingly realistic commentary on government response to crisis. Because as most of us have come to realize in recent decades, the disaster has the potential to pale in comparison to how the government handles things. In many parts of the world, with COVID-19 alone, we are witnessing in real-time how our politicians, even the well-meaning ones, would handle Godzilla reimagined as pure, uncompromising nightmare fuel.

In its own provocative way, Shin Godzilla contributes as much to the theme of government incompetence as Dr. Strangelove did almost 60 years ago.

I don’t want to sound like someone who’s writing this to the entire System of a Down discography, but between 1964 and 2020, as far as governments are concerned, how much has really changed?