The Mountain Between Us (2017) REVIEW 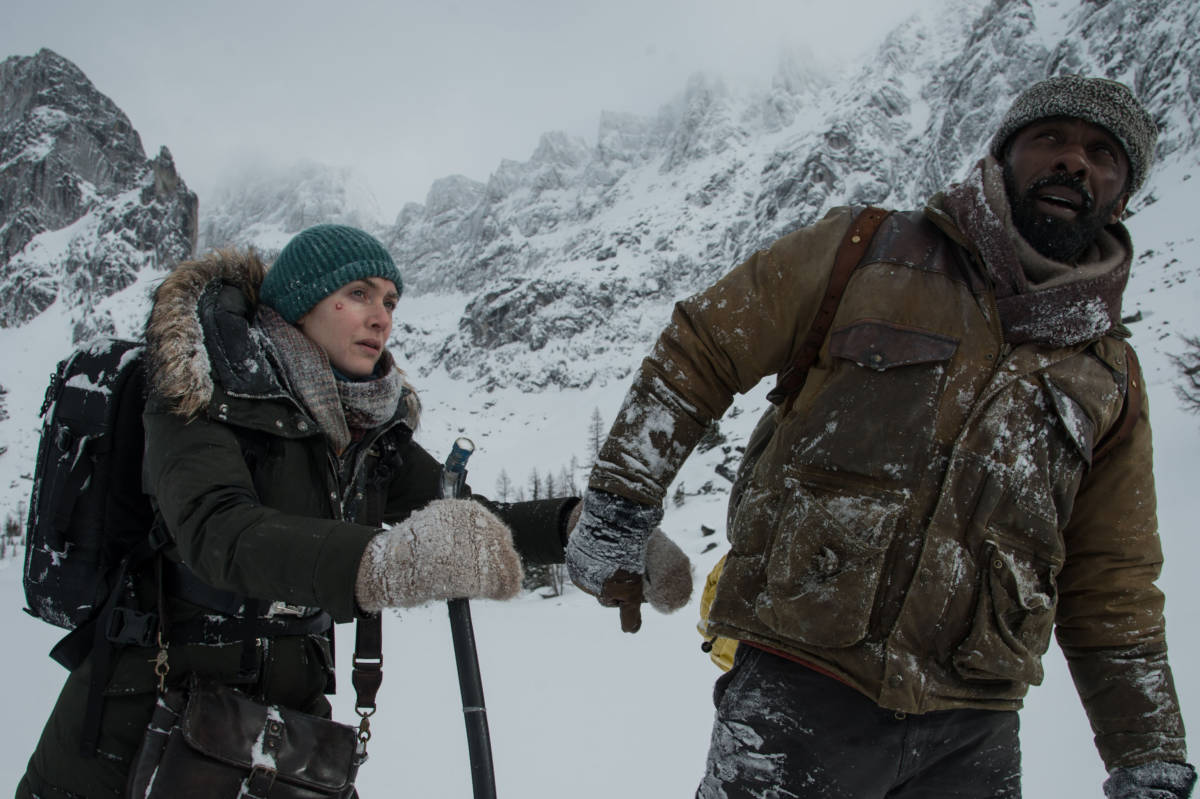 Starring Idris Elba and Kate Winslet, The Mountain Between Us sweeps viewers in through the decisions made by director Hany Abu-Assad and cinematographer Mandy Walker. Rather than shoot this thing on a soundstage with a digital green-screen, the filmmakers made the risky decision of taking it to the mountains where the work is more demanding on actors. In doing so, the film delivers on authenticity not through the scenery but in the work that they get out of the two actors.

Without Elba and Winslet’s on-screen chemistry, the film wouldn’t work. The duo’s chemistry doesn’t feel forced but at times, the film edges its way towards the melodramatic with a side of romantic cliches.

The film is based on a novel by Charles Martin and the filmmakers decided to change the names of the lead characters in addition to the airport in which they are stuck at when the film begins. Why they made this decision is beyond me but it feels really unnecessary.

One day before being set to get married to Mark (Dermot Mulroney), photojournalist Alex Martin (Winslet) is stuck at an airport in Idaho. When a storm leads to her flight being canceled–because why not–Alex makes a decision to charter a flight to Denver in order to get a red-eye flight. It may have sounded like a great idea at the time but one should have known going in that it could lead to disaster.

Alex is joined by a Baltimore-based British neurosurgeon, Ben Bass (Elba), against his better judgement in this crazy plan–doomed for disaster from the start. In hopes of making their connecting flights in Denver, they hire the doomed-for-death Walter (Bridges), a pilot with a small plane on the runway. Walter even brings along his dog for the trip to Denver without filing a flight plan–which begs the question, how can anyone find them?

If it’s not a great idea for the jumbo jets to fly out of Idaho in this weather, what makes Walter think that his Piper two-seater could ever make it? In all fairness, Walter has a medical emergency mid-flight that nobody sees coming and his four-legged co-pilot isn’t exactly qualified to take over the controls. Forget the love story, it’s the dog who steals your heart from the start.

Stuck in the Uinta Mountains in northeastern Utah, the duo learn about each other as they fight to survive–as much as much Ben decides to open up about his life prior to meeting Alex. The two wait before embarking on a journey to the treeline because let’s face it, nobody is coming to their rescue if at all and without leaving, they’ll be doomed for death.

The Purcell Mountains in British Columbia make for a nice double of the Uinta Mountains and help provide for some breathtaking cinematic visuals in addition to the required terrain needed to film The Mountain Between Us. With peaks of 11,000 feet, it makes for some difficult filmmaking but somehow they manage to pull it off.

There’s a lot of things that can be said about the third act. It feels forced and too predictable (disclaimer: I did not read the book) as the film comes to a resolution. There’s plenty of times where the filmmakers teased us on a potential ending but the film moves right along. This will not stop me from recommending the film because the scenery alone is more beautiful than the love story at hand.

Following its world premiere at the Toronto International Film Festival in September, Fox 2000 opens The Mountain Between us in theaters on October 6th.