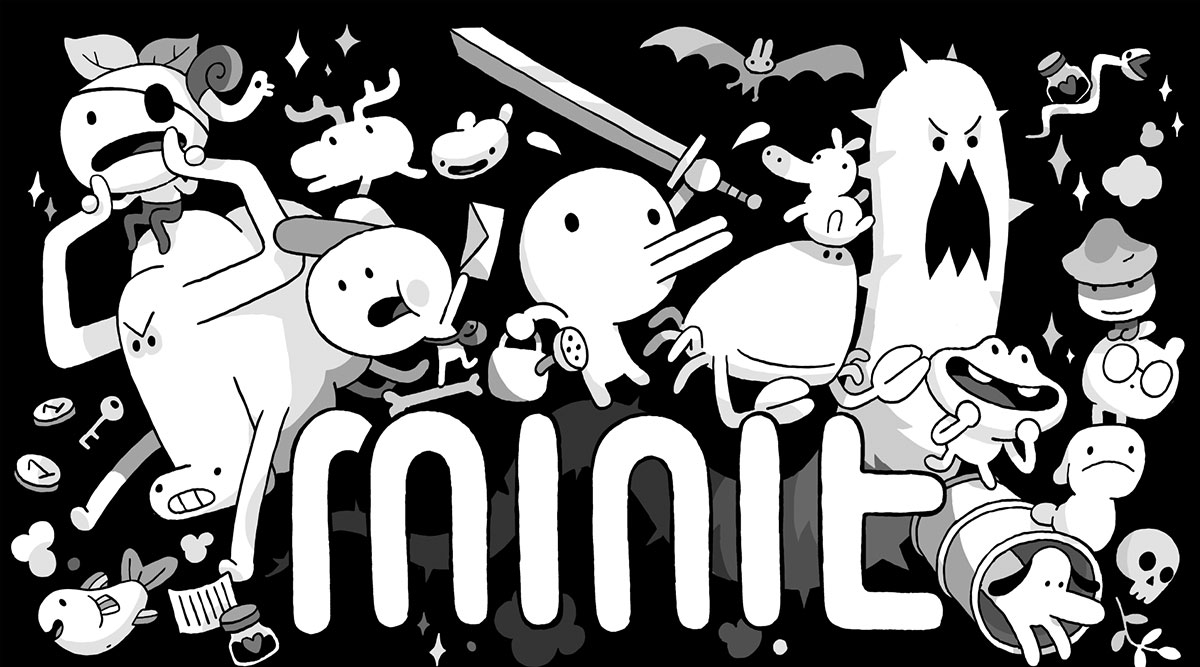 Imagine playing top-down classics like A Link to the Past, but every 60 seconds, you inexplicably die and start over. Excluding cutscenes, I’m sure speedrunners would accomplish much more in that time that most of us do within an hour.

Well here comes Minit: the latest indie darling from publisher Devolver Digital, created by four passionate developers with too much (or not enough) time on their hands. The concept is simple; you’ve been cursed by a sword found on a beach, and must vanquish the curse that causes you to die – then respawn – every minute. The name makes sense now, huh?

But it’s much more complex than that, because your actions will sometimes carry over to subsequent lives. Creating a bridge and then dying means it will be available next playthrough – meaning that shortcuts are paramount to saving time…and your life. 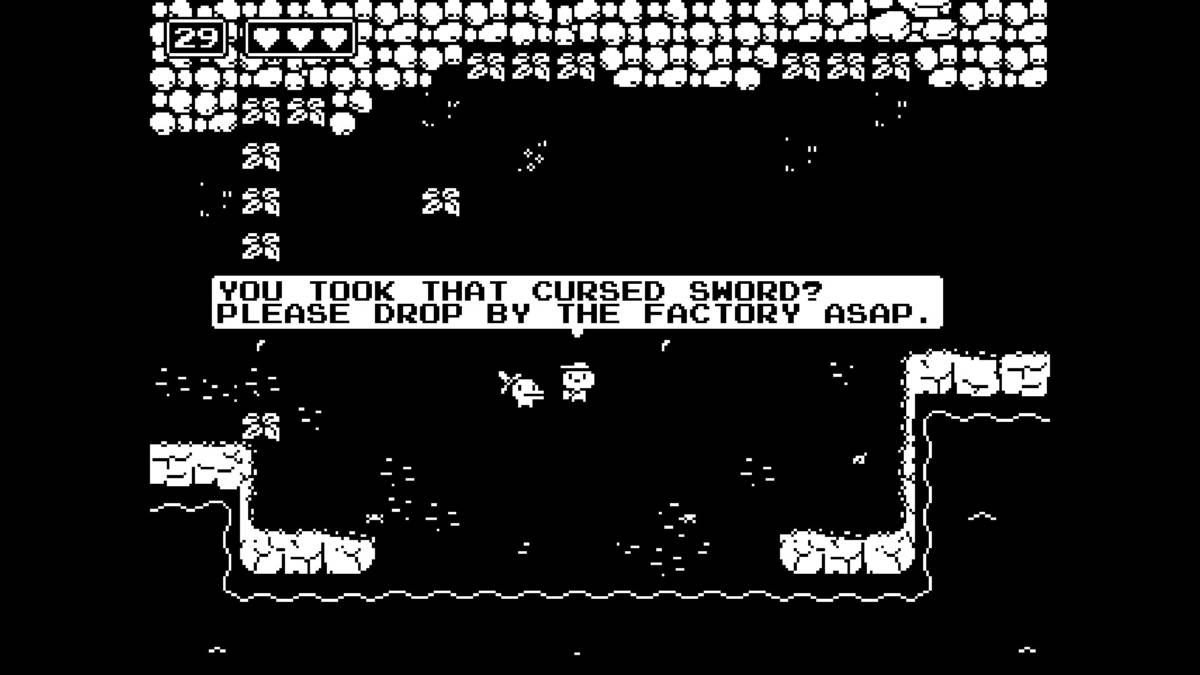 Along the way, you’ll acquire items and upgrades that open up more of the relatively intricate map. These vary from gardening gloves to flippers, and are intuitive enough to where you’ll often understand precisely how and where to use them, even before they become necessary. On finding a torch, for example, I knew I needed to backtrack to a dark cave in order to illuminate a non-deadly path. A watering can can be used to quench the thirst of a desert traveller – you get the idea.

All of this can be accomplished simply by moving the joystick (on consoles), and pressing X to use items or weapons (on the PS4). Pressing Circle will cause a premature death, so if you discover you’ve gone the wrong way or suddenly realise you need a different item, you can end your playthrough early and respawn at one of the game’s multiple save locations. It’s all very innovative, and makes perfect sense within Minit’s quirky world. 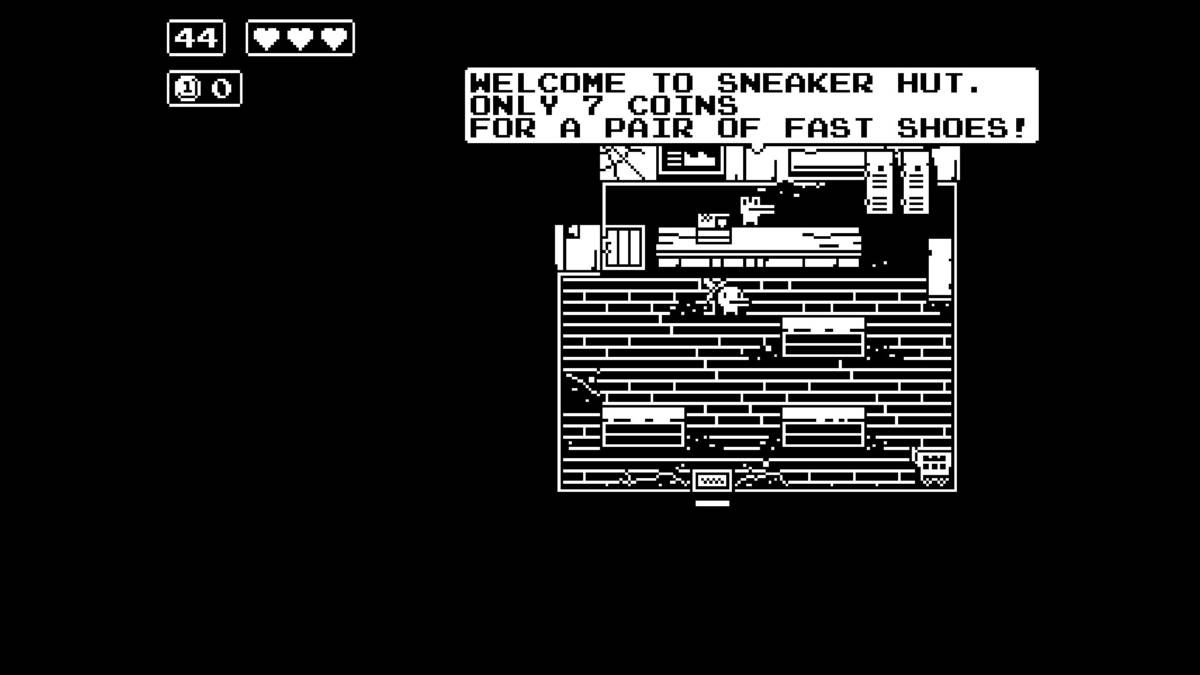 On your journey you’ll come across a handful of colourful (though monochromatic) characters, who communicate via bloops and speech bubbles. At first this seems fairly standard practice, but upon meeting an elderly man who speaks excruciatingly slowly, you’ll realise it’s yet another gameplay mechanic that makes Minit stand-out above similar action-adventure titles.

In fact, several of the sprites you encounter along the way will offer you miniature side quests that grant small upgrades, like an extra heart or coin; seven of which can be spent on fast shoes to save precious seconds. While this might seem innocuous at first, I ‘completed’ the game having found only 50% of everything of offer. For completionists, there’s a sense of replayability which isn’t apparent the first time you traverse Minit’s exciting world.

As is vogue, everything is presented with a beautifully minimalist visual style that cuts away the fat and presents only what’s useful to you. But this is much more than a merely aesthetic choice: the stripped-down visuals highlight secret passages and pathways much more than intricate sprites would have done; a crucial factor in a game with such strict time limits. 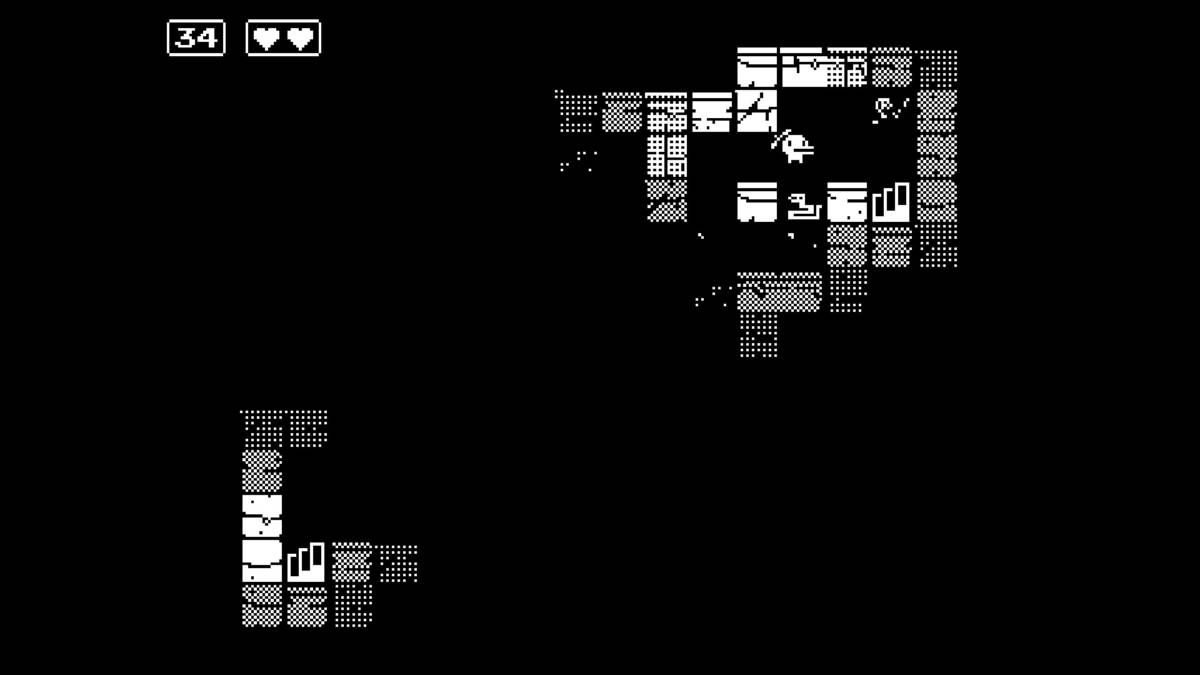 The soundtrack of Minit will be familiar to anybody versed in retro-indie games – chiptunes and the like – but it’s charming enough, and varied enough, to where it perfectly frames the frantic puzzle solving on screen. Certain sections of the map have musical accompaniment that captures the area’s theme, and while it may be a cliche to reference The Legend of Zelda with a game like this, it’s inarguable that the right kind of music can conjure a sense of adventure rarely found outside of Link’s many outings.

My first playthrough took just over two hours, but that involved a lot of backtracking and the occasional glimpse at a walkthrough; the puzzles of Minit are sometimes obtuse, but rarely feel unfair. It’s much more trial-and-error than inane guesswork. A certain trophy/achievement challenges you to complete the game in 25 respawns – 25 minutes – but I’m guessing it could be finished even quicker than that.

For the cheap asking price, you can’t really go wrong. Minit’s time-sensitive mechanics allow for some tense dashes towards victory, and every slow-talking grandpa could quite literally bore you to death.

All I’ll say is make sure to examine every edge of the screen you’re on. There were a few moments when I didn’t even realise I could head in a certain direction, because I’d failed to notice a small pathway tucked between rocks or bushes. While it might sometimes be frustrating, Minit’s puzzling is always fair.

Verdict
Minit fully embraces its unique mechanics and quirky style to present a game that's both refreshing, and yet comfortably familiar. Microtransactions: none
8
Cultured Vultures is a pop culture website established in 2013 covering all things gaming, movies, and more. We eat your words.
All The News On The Biggest Games