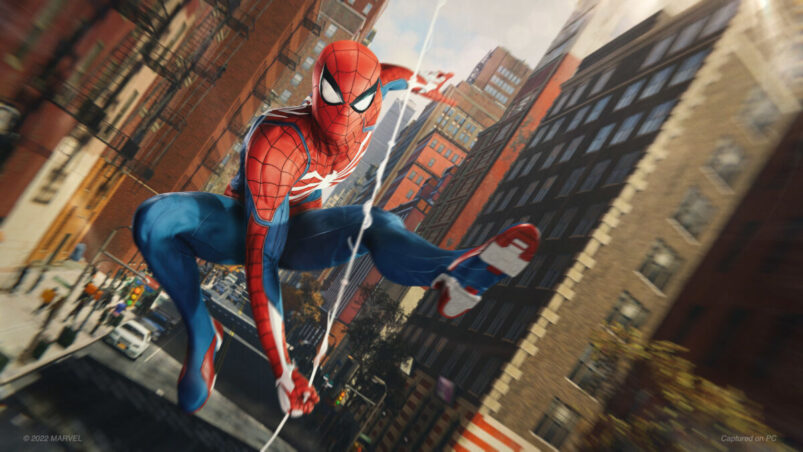 Considering how it only relatively recently released exclusively on the PS4, few of us could have predicted that a) Marvel’s Spider-Man would come to PC and b) that it would be playable in the palm of your hands with the Steam Deck.

Since launching in 2018, Marvel’s Spider-Man has been praised as one of the greatest superhero games to date, later getting ported to PS5 as a remaster along with all the DLC. While Insomniac once said the game would never be coming to PC, Sony’s determination to crack the PC market has led to that getting walked back, and now we have Marvel’s Spider-Man Remastered on PC.

Marvel’s Spider-Man Remastered works remarkably well on the Steam Deck, though with quite a few obvious concessions, such as low-medium textures, no ray-tracing, and no HDR support. While it works pretty well out of the box, there are some settings you can tweak to ensure that your game is able to more consistently reach higher frames and just generally perform better.

Here are the best Steam Deck settings for Marvel’s Spider-Man so you can swing around portably in silky smooth fashion.

The game mostly hangs between 40-50fps, though is on the lower side during combat and swinging around the city, which makes sense as they’re the most intensive sections of gameplay. Players should expect to be getting near 60 during cutscenes and also during quieter moments when walking around the city.

However, it’s worth bearing in mind that Marvel’s Spider-Man is quite the resource intensive game, usually chugging up 70+% of the Deck’s CPU. This, combined with how hot it runs, means that you may want to put everything as low as it can go during the heat, partly to safeguard the Deck itself and also to try and limit just how loud the handheld’s fans get (which is extremely loud).

Ultimately, the Steam Deck isn’t the very best way to play Marvel’s Spider-Man, but considering how this game only came out roughly four years ago on a home console and was one of the best looking games of that year, it’s really a marvel that it even runs as well as it does on the Steam Deck.

Marvel’s Spider-Man is available on PC, PS4, and PS5.

READ NEXT: Marvel’s Spider-Man: How To Find The Avengers Tower