Lemnis Gate Will Melt Your Brain (In A Fun Way)

A gateway to fun. 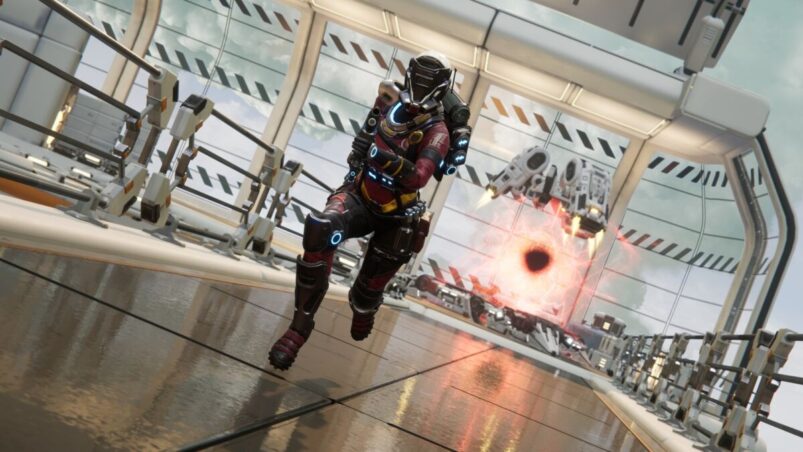 Lemnis Gate is one of those games where you play it and immediately wonder out loud if you’re a bit stupid. A hybrid of FPS and strategy, it’s a bonkers blend of butterfly effects and 5D chess that will either leave you feeling like a galaxy or ant brain.

Ahead of its launch in September, I was invited by PR to play some Lemnis Gate, but owing to scheduling issues, I was unfortunately only ever able to play offline, messing around with bots as the possibilities made my head spin. If you liked how the latter X-Men movies played around with time and also enjoy hero-based FPS games, Lemnis Gate might have something utterly wild to offer.

The idea is simple: you take turns across objective-based modes (like carrying a ball back to your base) against an opponent, and whoever has the most points after the rounds are up, wins. You take the ball, score a point. Easy. Then it’s your opponent’s turn and they kill your first character’s loop, basically undoing it all. What follows is then just controlled chaos with players trading looped kills with almost every input and movement having some kind of knock-on effect.

You can play Lemnis Gate as a straight shooter, with both teams trading kills until it’s just a time-bent deathmatch, but that’d feel wasteful when there’s so much scope for tactics here. You can have a sniper on overwatch, pre-emptively sniping at the objective as a deterrent or a machine gunner who basically seals a route off with continuous fire, meaning the opposition has to find a way around or deal with them, using up their own turn.

Making this chin-stroking all the more engaging and deep is that you can even plan out plays where one character has already been dealt with. For instance, if the first loop you sent out has already been killed, you can then use another character to kill the person who killed them, effectively undoing the loop. But then what if the opposition wants to undo what you just undid with another bit of murder? Well, luckily you used the fast character to sprint over to the objective and away from them all so that you could at least grab a point. Ah, but then the opponent can try to kill that character with their own nippy lad–and you get the point.

It’s all very heavy on the brain, so tacticians will likely find a lot to enjoy with Lemnis Gate, especially as it’s more about positioning and forward planning than simply gun skill and reflexes. Really, being good at FPS games is just about the least important thing here, with Lemnis Gate being all about the big picture than the skirmishes, though those can be fascinating to watch unfold as the time paradoxes tot up.

As I didn’t get to play against real people (I even played against myself for a bit instead, luckily they were an idiot), it’s really difficult for me to make too much of a call on Lemnis Gate so far. There’s definitely something about it, though I do wonder if the game could maybe do with another beta before release to try and draw more numbers into what might be a niche albeit compelled playerbase.

A beta key was provided by PR for the purposes of this preview. Lemnis Gate launches on September 28th, 2021 for PC, PS4, PS5, Xbox One, and Xbox Series X | S.