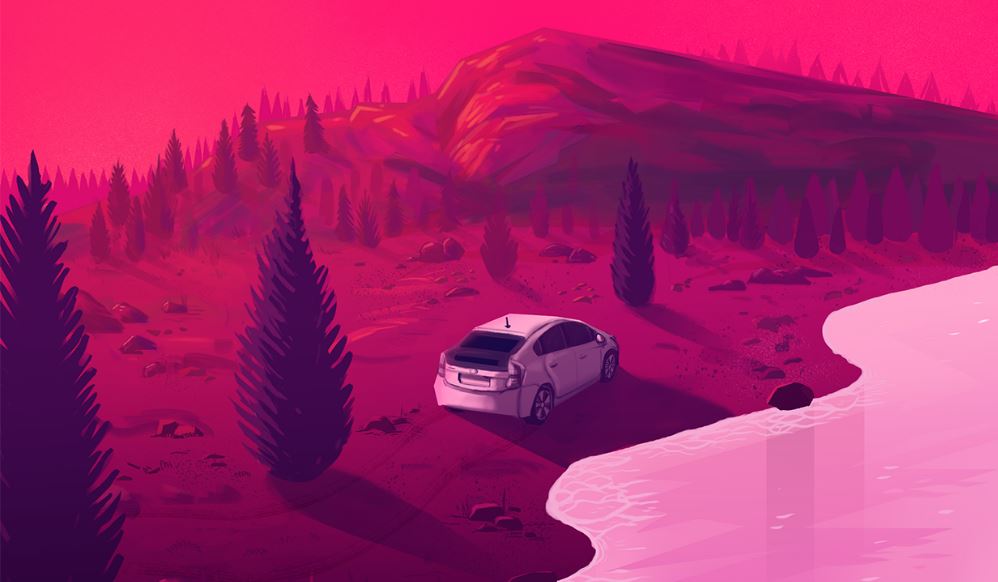 A girl’s shoes go missing. Then she goes missing. Her boyfriend tries to find her, gives up, but then tries again. Eventually, he finds himself thrown into a prison.

“He can feel Satan
in the earth below Him
directly under His feet.

On a particularly windy stretch of
road going up and round the side
of the the mountain, the sky is made
of glitter and glue.”

Mike Kleine’s third novel is a book about things out of place. From the beginning, nothing is in its proper place. The unnamed protagonist is introduced watching a movie about “aeroplanes” that make motorcycle noises. He spends most of his time watching TV towards the beginning. When he comes home to find his girlfriend missing, he follows a series of clues for a while until he gives up out of frustration. He does this with the same indifference that he displayed when she was looking for her lost shoes.

The unnamed protagonist travels a lot. The first time, it’s to get away when he feels sick. After that he starts traveling to different places to try to find his missing girlfriend. After that, he continues to travel to try to cope with his girlfriend disappearing. Until he gets bored and settles down again. He seems to want to put things in the right place, but either lacks the drive to do so or believes that he’s ultimately incapable. He aims more for escape than for a genuine solution.

What the protagonist focuses on enforces this. At the beginning of the book, he’s uncertain of what month it even is, but pays close attention to the “aeroplane” movie. When he’s meandering about after his girlfriend disappears, he pays close attention to things like his haircut and the food he eats, but little to his friends. At one point, he joins a cult, but gets almost nothing out of it. He never says what the cult teaches. He only realizes afterward that he simply wanted to join for the sake of being a part of something.

“All newfound knowledge is a shock.”

The theme of things out of place extends even to the typography and spelling in the book. Kleine intentionally uses unusual spellings such as the aforementioned “aeroplane” and all instances of life are spelled as “lyfe.” The arrangement of the text makes it resemble more of a long form poem than a novel. All instances of references to the protagonist’s girlfriend (she, I, etc.) are in all lower case, while the protagonist’s always begin in an uppercase. It appears to me to be a representation of the protagonist’s solipsism. He’s centered himself so profoundly that all others are just minor parts in his story.

At one point, the protagonist is thrown into a Kafkaesque prison. It’s implied, though never made explicit, that’s he’s been captured by the same people who kidnapped his girlfriend. The dirty prison is a big shock to him compared to the life of luxury he’s lived in. It’s a big shift in tone from the rest of the book, but it still fits rather well. Whether the experience is closer to something spiritual or more akin to death is left up to the reader, depending on how one interprets the ending.