An Interview with Tikva Wolf of Kimchi Cuddles 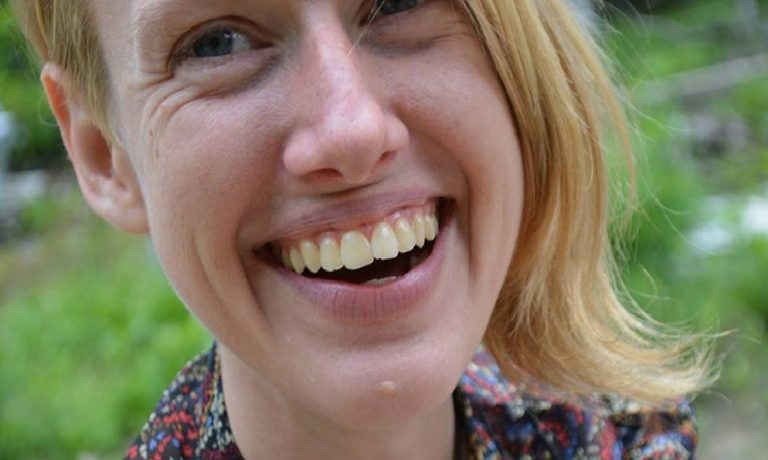 Tikva Wolf is the creator of the popular poly webcomic Kimchi Cuddles. She’s been drawing ever since she could hold a crayon.  What she primarily cares about in art (and life) is connecting to people, creating dialogue and spreading awareness.  She’s always taken delight in making people laugh, and in doing so also unveiling hidden perspectives.  She uses humor as a way of being seen deeply, and as a way of encouraging others to deeply see themselves and each other.

Writing with Cultured Vultures means that sometimes I get to do really incredible things like chat to my personal heroes. I managed to grab Tikva Wolf, the artist and creator to talk all things Polyamory and LGBTQ+

Kimchi Cuddles is a truly fantastic web comic that really explores polyamory and LGBTQ+ issues. How did it come about?

Thanks!  Kimchi Cuddles has humble beginnings as a passive aggressive way I used to complain to my partners when I didn’t have better communication skills, but one of my exes had the insight to tell me that I should put it online as a poly webcomic.  I doubted anyone would read it, but it took off right away, and letters came pouring in from people asking for poly advice!  I felt like I owed them something better than me complaining (however hilarious it was), so I shaped up and really started bringing myself to the comic.  I kept it true to my life, and most of the comics are about things that I’m actually going through.  It has become one of the most enriching parts of my life, and it’s followers (who I refer to as “Cuddlers”) are a wonderful group of tenderhearted people who I feel very supported by.  I get tons of letters thanking me, but writing this comic been just as nourishing for me as it has been for the people who read it.

Fans of the comic seem to really love your genderqueer character ‘Marco’. Could you tell us more about Marco and why they’re so popular?
Marco is based on me, sort of.  Kimchi is based on ALL of me, including my neuroses, and she has her own wisdom sometimes.  But Marco is only based on the insights I have when I step out of the way and let wisdom totally flow through me.  So on the one hand, Marco is all of us when we aren’t taking life so personally and we’re just happy with what is.  On the other hand, Marco isn’t real.  No one is doing that all the time, not even gurus who claim to be enlightened.  There is no such thing as being enlightened or unenlightened.  There is no such thing as perfection or imperfection.  Everyone has an inner-Marco, but no one IS Marco.

I think one of my favourite quotes is ‘Thanks for the invitation to have a spontaneous queer party!’ In a world where anything is possible, what would Marco’s queer party be like and can we please get an invite?

Marco would probably invite EVERYONE in the world.  I imagine Marco wouldn’t be into parties being exclusive.  I have grand dreams of one day having enough resources to have a gigantic party and invite everyone who reads the comic!
Over recent years, LGBT issues have become more common in social dialogue, however some of the concepts you talk about – Polyamory and Asexuality for example, seem to be far less in the social consciousness, why do you think that is?
Our culture is pretty unimaginative when it comes to sex in general, and there are still all these unhelpful ideas about sexual attractiveness being linked to your worth as a person.  Anything that challenges old ideas about sexuality causes distress in people, but we are changing.  We are all growing together, and the ones of us who are visionaries and pioneers still have growing to do too.  Even radically open-minded people like me have misogynist brainwashing that’s creeped in, which effects how we see the world and ourselves.  We all have more learning and growing to do.
What do you think are the biggest issues people in ‘alternative’ relationships face and what do you think we should be doing about it?
People in any sort of alternative relationship can get trouble from people who feel threatened by differences.  But what’s more helpful than getting mad about injustice is getting really humble and checking out how you might also be contributing to the world’s injustice.  Then do your best to lovingly raise awareness and understanding to others, while continuing to always challenge yourself to grow and understand more.

If Kimchi Cuddles was to be a live action movie, what would the soundtrack be and who would you love to see cast?
Kimchi would be Louis CK in a dress, and everyone would get mad at me because that doesn’t make sense, BUT IT MAKES SENSE.  There wouldn’t be a soundtrack, because Kimchi would just be singing obnoxiously all the time (just like in real life).  It would go on for four hours.  I shouldn’t be allowed to make movies…
Lastly, why should Cultured Vultures fans be reading Kimchi Cuddles?
Comics and comedy have the ability to transform heavy topics into something that’s easier to digest.  Kimchi Cuddles covers a wide variety of subjects surrounding alternative relationships, and there will probably be something in there that you would enjoy.  I even have a bunch of straight, cisgender, monogamous people who follow it and tell me it’s helped them in their relationships too.  Bringin’ all the peoples together!