The Hobbit: The Tolkien Edit – Worthwhile Recut or Empty Purism? 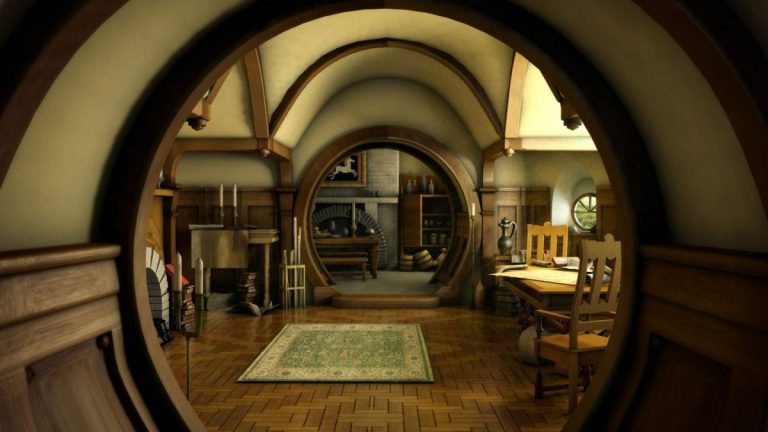 Early on in An Unexpected Journey, Gandalf tells Bilbo the story of his ancestor Bullroarer Took, who allegedly decapitated the goblin king with club, thus knocking the head 100 yards and into a rabbit hole, winning the battle and inventing golf in one fell swoop. It’s a passage that’s taken almost verbatim from the book, but in that version Tolkien relays the story as the narrator rather than through Gandalf. In the film, Bilbo accuses Gandalf of making it up, to which he responds:

All the best stories deserve embellishment.

This is pretty meta, considering firstly that it isn’t in the book and secondly that it’s almost exactly what Peter Jackson usually says when people question his decision to extend a 271 page book into 3 films. Now, I’m usually fairly quick to defend Jackson’s decision to do this, partially because the more time I get to spend in his version of Middle Earth, the better and partly because I’ve always thought that the best adaptations are the ones that deviate, delete and elaborate, rather than just sticking militantly to the original material to the point of it defying logic (hi there, shot for shot Psycho remake, I hate you). All the Lord of the Rings films moved plot lines around, got rid of whole sections, changed characters and added in new elements and that’s part of the reason why they’re so amazing, they take the story and filter it through a new perspective.

Some have argued that the films benefit greatly from the female perspective lent to them by writers Philippa Boyens and Fran Walsh. It’s Ran to King Lear, The Departed to Infernal Affairs or Game of Thrones to A Song of Ice and Fire. With The Hobbit trilogy, they used the relatively slim plotline from the book as a launchpad to delve into all the peripheral foreshadowing it implies through Gandalf’s random disappearances, as well as generally exploring Middle Earth further. Some of it works, some of it really doesn’t, but as much as the films are a little too in love with themselves and far too overbearing with the CGI, they’re still indicative of the Kiwi, screen version of Middle Earth that we all fell in love with at the turn of the century.

Of course, there are always going to be those who argue that following the book more diligently would have been more effective, and this is the case with TolkienEditor, a blogger who has recut the trilogy into a single, 4 hour 2o minute film that sticks to the plotline of the book and eschews nearly everything else. Let’s be clear, this anonymous film-fiddler didn’t do this in order to hatefully disfigure the proud offspring of Jackson and his team, they did in order to create a version that appealed more to them personally, one that was more concise, more evenly paced and better at keeping the central focus on Bilbo. This isn’t the first time this had happened, an edit of the entire LOTR trilogy that’s been cut to follow the structure of the books exactly also exists. That one is just ridiculous however, since it splits the 3 films into 6, doles out the separate storylines into massive chunks rather than inter-cutting them and gets rid of the Aragorn/Arwen love story because it only appeared in the appendices. That, to me, is sheer purism, and done with a kind of venomous disregard for the filmmakers, who actually understand that the books were never going to work as films if they were done that way.

This time around, the edit actually addresses criticisms that have been made far more widely, rather than just from die-hard fans of the books. It’s still a little questionable to actually promote (and sneakily distribute) a recut of somebody else’s film when allegedly you’ve done it for your own benefit a la Steven Soderbergh, kind makes it look as if you’re claiming that it failed because it didn’t satisfy you personally, which would place you in the same category as those ‘Take Back Mass Effect’ thundercunts from a few years ago. Anyway, here’s my little breakdown on the concept, based on what the editor has detailed, as well as a few accounts from people who have seen it:

What Has Been Changed 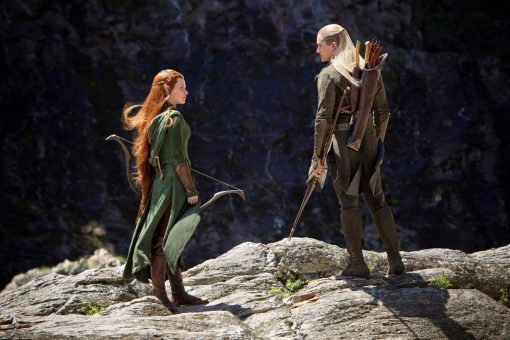 You can find a reasonably concise list of all the cuts on the blog page that promotes the edit, but since you’re already here, I can boil it down (seriously, please don’t leave, I’m so lonely). By the sounds of it, the entire opening backstory has been removed, likely meaning that the film just launches into the unexpected party with no preamble of any kind. It’s hard to say what kind of effect this will have, except to complete alienate anyone new.

This is nothing compared to how heavy the cuts get once they set off though, literally any mention of the Azog backstory is completely gone, the warg’s share of his screen time is likely right at the end when he fights Thorin. That presumably means that the dwarves hit Rivendell straight after the encounter with the trolls. Perhaps less surprisingly, when Gandalf vanishes in this one, he just straight up vanishes and reappears with no explanation later, so that means no Radagast, no Saruman, no Galadriel and no Dol Guldor. Most, if not all of the action sequences are tightened up, the advertisement the editor posted for the cut was a trimmed version of the barrel scene. Legolas is said to be almost entirely absent, ditto Stephen Fry and Tauriel has been completely axed, along with her love triangle buisiness. Bard’s storyline is still present and correct, which is nice since it was a worthy addition to the plotline. I don’t know how smoothly Tauriel’s removal is pulled off, given how pivotal she is to Kili’s story and eventual death, I have a horrible feeling him and Fili might just end up dying off screen. Thankfully, all the best moments are completely untouched, such as riddles in the dark and Bilbo’s encounter with Smaug. The editor deems them to be perfect as they are. 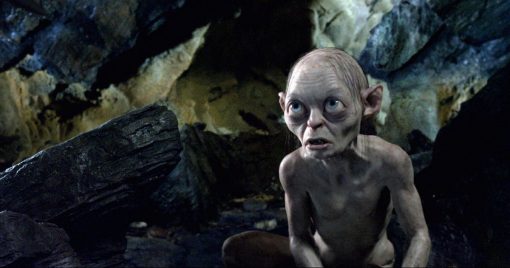 This is where things get speculative, but from what I can gather from other sources the primary focus of this endeavor seems to be to pull Bilbo into the spotlight. This addresses one of the biggest criticisms leveled against the originals and what’s more, many of the supporting characters might seem more organically developed for having less screen time. Going further still, some characters could actually benefit from ambiguity, Azog in particular would have been a lot more menacing if we’d seen less of him to begin with, since outside of all the chasing he is only ever mentioned in passing.

The action sequences could certainly benefit from the trim, Jackson does like to revel in ridiculousness these days and while when it works it really works (thinking here of that mind-blowing tyrannosaur royal rumble from King Kong), it can be a little overbearing. It would be interesting to see how the relationships between Bilbo, Thorin, Bard and others progress when so much is left unsaid and unseen, who knows, it might be better. 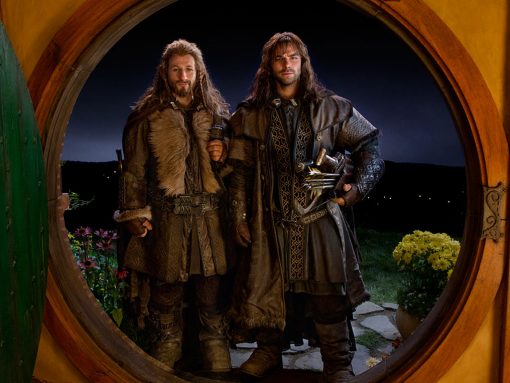 The tightening of the pace works in some ways, theoretically, but really doesn’t in others. The timekeeping will surely suffer, being that it’s supposed to be set over a year. I’d worry that it would just end up feeling workmanlike, too much in a hurry to bother with any of the downtime. That would also mean that a lot of the humor would fall by the wayside.

Spending the better part of 4 hours with the same singular group of characters and having most of the development left implicit is also very trying, most films that clock in at lengths like that are so long precisely because they have a wealth of characters and locations to cycle through, rather than just a long string of action sequences and dialogue exposition.  The biggest issue though is the obviousness of an outsider’s fingerprints on the artwork. I don’t have to watch it to tell you that. The fact that all the most iconic moments are left untouched just compounds how shredded everything else is claimed to be, it’d be hard to forget that some external influence is deciding what’s worth paying attention to and what needs glossing over, like reading a novel that’s been marked by some particularly word-count conscious teacher.

As a curiosity, an example of what the film would have been like if it had been more closely mapped to the book, I’m sure it’s worth a watch, some might even find that it’s preferable to the trilogy, but not me. I have my problems with the original films, but they were Peter Jackson and his crew’s films, warts and all, and knowing how much heart and craftsmanship him, Boyens, Walsh and everyone at Weta pour into their work elevates them. This just feels like someone using Final Cut Pro to air out their dirty laundry, it makes the unnecessary nature of everything Jackson and co added evident, for sure, but that was never an issue. Pulp Fiction would still make sense if you cut out everything except the first and final segments, but that wouldn’t make it a better film. Streamlining a story doesn’t improve it, you’re there for the journey, not just to reach the end. As I said earlier, I can completely understand the idea of a fan editing something so it appeals more to them personally, but to then broadcast and distribute it basically amounts to them claiming that they’ve fixed a mistake, that their version is better. Art is not about better or worse, art is about being invited to enjoy a mutual point of view, if you don’t end up doing that, nobody has failed, something’s just been lost in translation.

If you really are desperate to find out if it’s any kind of improvement, there are ways to do so (which I will not divulge), but I think I’ll stick to the warty version.