Alternate headline: Get Him To The Greak. 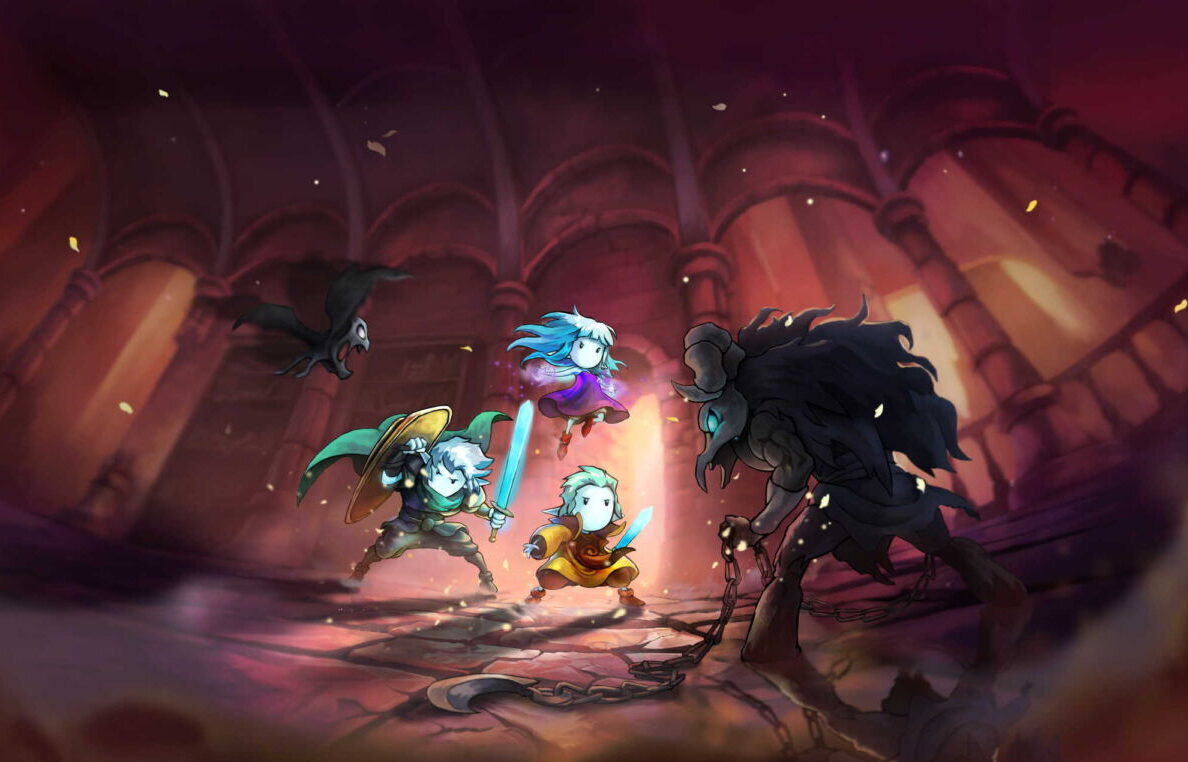 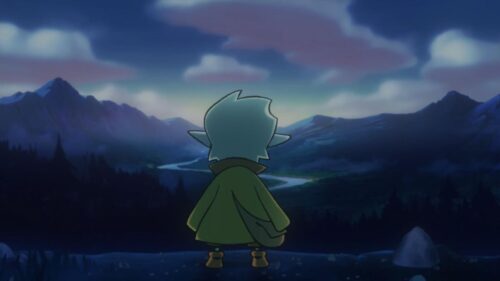 Some of the best indies of the last decade have utilized the notion of a player controlling multiple characters in tandem as their key mechanic. From the Trine series to Brothers: A Tale of Two Sons, what essentially boils down to the single-player co-op genre has seen plenty of solid entries. Greak: Memories of Azur joins these titles proudly with a similar premise and just enough charm to succeed on its own terms.

Set in the kingdom of Azur, Greak focuses on three siblings of the elf-like race called Courines. As a more brutish and cunning race known as the Urlags begin invading and conquering their kingdom, the Courines decide that abandoning their homeland is their only option. While the main character, Greak, is all for aiding his people in this plan, he first wants to find his older siblings, Adara and Raydel. These elements form the primary drive behind this hack and slash puzzle platformer.

These two intertwining narratives make up the basic plot of Memories of Azur as Greak must journey across the fallen kingdom in hopes of finding supplies that will help the Courines escape safely from Azur, while looking for signs of Adara and Raydel. Though the beginning hours of the game are something of a straightforward affair, with Greak battling enemies, solving puzzles, and doing some light platforming, once Adara rejoins him, things become far more interesting.

While Greak swings a sword, can double jump, and dodges forward, Adara fights with arcane magic blasts, floats rather than double jumping, and can swim underwater much longer than her brother. From here, the name of the game becomes which sibling to use for which situation and how to get both of them from point A to point B safely and effectively.

The complexity of this approach is doubled by the fact that players must manage both siblings. Holding the L2 button will allow you to control both characters simultaneously, while releasing it will leave you guiding only a single character. Switching between them is accomplished by tapping different directions on the D-pad, where Raydel also appears later in the game after players have found him.

One of the few complaints I have with Greak: Memories of Azur is this choice. The fact that Raydel doesn’t join you until the game is already two thirds of the way complete feels like a missed opportunity, but when he does show up, his presence again shakes the game up in a lot of fun and exciting ways. Unable to swim at all but equipped with solid attack power and a grappling hook, Raydel makes the puzzles and combat of the game even more intricate.

Another challenge players will come up against is the limited inventory of Greak: Memories of Azur. With each character only having a few item slots, managing essential items, food items for healing, and items of value or attack-enhancing items can be a bit of a chore.

To help alleviate this problem, Greak features a cooking mechanic that allows players to consolidate multiple healing items into a single item that will better meet their needs. There are 11 different recipes that you can learn to cook here, and each one is made up of ingredients that can be found growing on bushes or out of the ground throughout Azur.

Combat, while occasionally frustrating, is generally satisfying as well. Though players can utilize all three characters at once in order to triple their attack power with near game-breaking effectiveness, this also opens up all three characters to damage. If any of the three loses their health points, it’s game over, so this strategy can be a bit of a double-edged sword.

As such, you might want to just park unused characters safely out of harm’s way for boss battles and opt to use a single character. This became my strategy more and more as Greak: Memories of Azur went on, but I have to wonder if this was what developer Navegante Entertainment had in mind for this game. My guess is it probably isn’t.

Still, even with these minor caveats and nitpicks, Greak remains a compelling and enjoyable adventure. The luscious, hand-drawn animation aids the game immeasurably as the environments of Azur are routinely a sight to behold. The simple character designs offer just enough personality, while each character’s height, fashion, and weapons tell you most of what you need to know about them. If you’ve played Salt & Sanctuary, you’ll get what I’m talking about.

Finally, the PS5 version utilizes the haptic feedback and adaptive triggers of the DualSense with surprising effectiveness. You’ll feel a small thump every time your players hit the ground after a big jump, and cries for help from your siblings will register through the controller’s mic. These immersive design choices aid the game’s tension, as enemies can spawn at random, meaning even seemingly safe characters can be attacked off-screen very suddenly.

It’s not as scary as it sounds, however, because usually, when this happens, a small bubble will appear onscreen, showing what’s happening to the other character. Also, thankfully, even characters left to their own devices have the good sense to defend themselves, albeit not as effectively as when you’re in direct control of them.

In the end, while Greak: Memories of Azur isn’t a pitch-perfect debut for Navegante, it’s filled with enough compelling ideas, excellent world-building, and charismatic charm to overcome its flaws. If you’re looking for a quick and fun puzzle platformer, Greak will not disappoint. 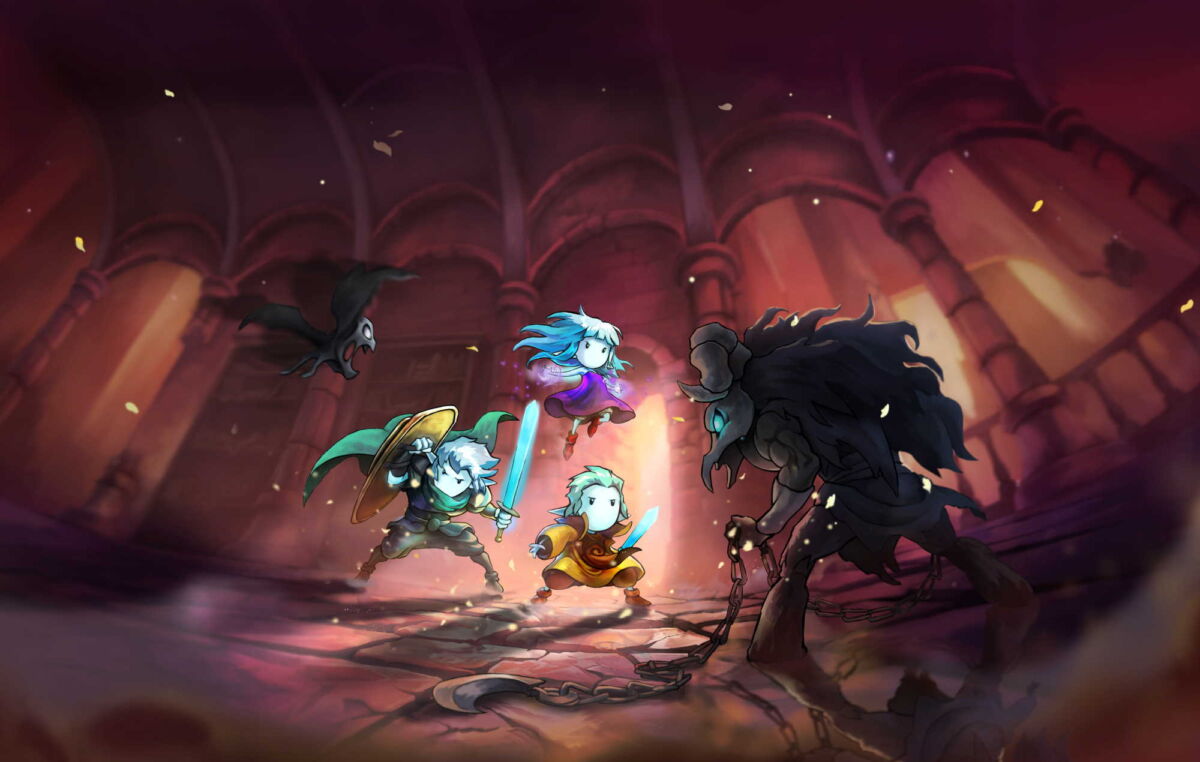 Verdict
While Greak: Memories of Azur can be occasionally frustrating, the design and world-building are effective enough to make it worthwhile and enjoyable for players of all skill-sets.
7
Buy on Amazon
Cultured Vultures is a pop culture website established in 2013 covering all things gaming, movies, and more. We eat your words.
All The News On Your Favourite Games