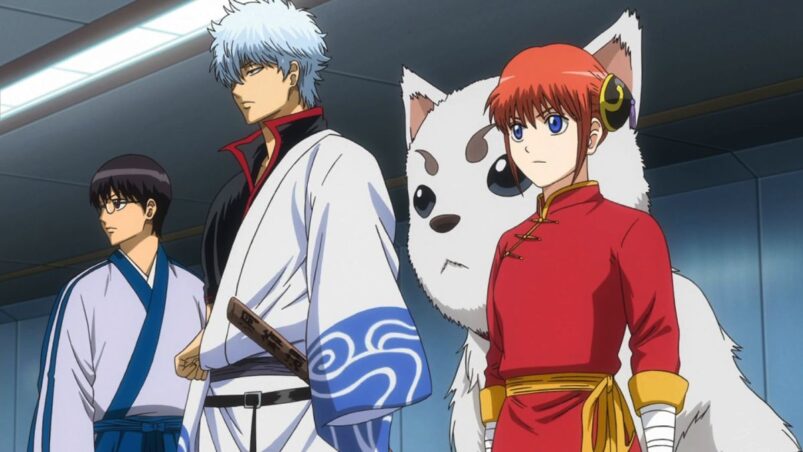 Comedy anime usually end up having only one season that lasts about twelve episodes or so. It might get a second season if it gets a lot of hype, but that’s a big if. Gintama is the exception. This comedy anime has lasted for hundreds of episodes and even has a couple of movies and OVAs. Gintama’s length and witty meta-humor has given it its meteoric rise to the top of its genre.

Of course, as with any long-running show, it can be a huge pain to figure out what order each of Gintama’s entries goes in. No worries though, here’s the Gintama watch order you need to fully enjoy the show’s flow.

Here are all seven seasons, four OVAs, and three movies arranged chronologically. This order is practically the same as the release date order. The only major difference is that the first movie came out after the end of the first season.

It’s pretty easy to get lost in this show without a watch order. The movie called “The Final Chapter” appearing at the halfway point feels like it was intentionally made to mess with the fans. Just follow this list though, and you should get by the alien invasions just fine.

Should You Watch The Gintama Movies And OVAs?

With hundreds of episodes to go through, it’s perfectly understandable if you want to cut out the unnecessary parts to shorten your watch time. What’s skippable and what’s not though?

The movies are all canon, and it’s highly recommended that you watch most of them. The first movie is just a remake of some of Season 1’s episodes (58-61). Just choose either one of those to watch. The second and third movies, however, have their own original plots and should really be watched, especially the third one since it acts as a send-off for the entire show.

As for the OVAs, those are completely skippable. Some of them are also canon, but the plots themselves aren’t necessary to the main series and don’t affect it much. They’re not half-bad, though.

Where Can You Watch Gintama?

The entirety of Gintama can be watched on Crunchyroll and Netflix, depending on your region.

Hulu currently only has the sub and dub of the first 35 episodes.

If you have subscriptions to any of these options but Gintama is region locked in your area, use a VPN to switch regions and watch it from there.

Alternatively, you can own a physical copy by buying it on Blu-ray on websites like Amazon.

READ NEXT: 15 Underrated Anime You Need To Watch