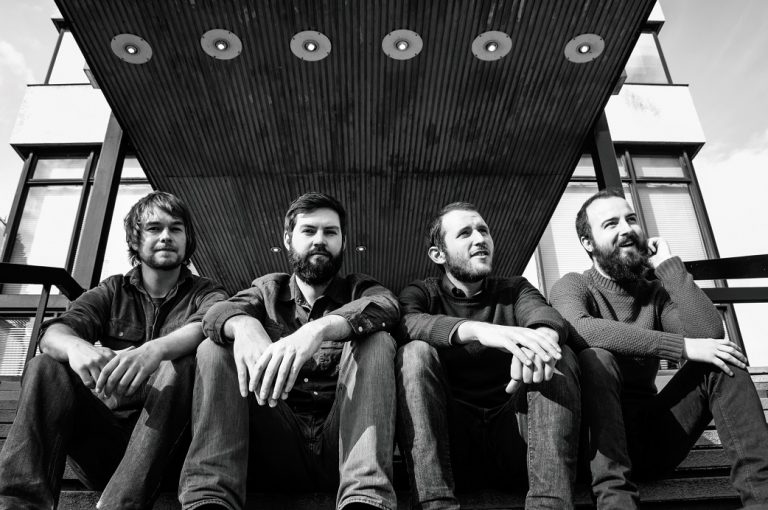 It’s not every gig you go to that gets introduced by the mayor. It’s not every mayor that will demand of a crowd that they drink as much as they can. What can I say? That’s the valleys for you. Which is sort of what this night was all about, really. Not so much a showcasing of home grown talent but an outright celebration of it, whilst resurrecting a long loved local venue in the process.

The Municipal Arts Centre has long (and I mean long) been the pride of Pontypridd when it comes to the live arts. However, that all almost came to an abrupt end when council cuts saw it set to turn down the lights and close its doors for one last time. Such was its prominence in the community, and what its closure represented as a sort of silencing of the song at the heart of the valleys, the Muni did not go gently into that good night.

Instead, it raged, raged against the dying of the light (am I overdoing it with the Welshness here? Yes. Yes, I am), thanks to good old-fashioned petitioning and a network of communities rallying together. It’s not over though, and that’s why tonight’s gig was brought together and all three bands agreed to play for free, just as the volunteers working the venue were. All in the spirit of keeping music live and a legendary local venue alive, with all funds raised going back into the pot to keep more gigs and events happening.

With that camaraderie in the air, and with each band further displaying this via equal set times, it was no surprise that before the night’s first band hit the stage that the sold out crowd were already in attendance. Doing just as the mayor asked. Though, to be fair, this crowd didn’t need telling.

Anyway, Peasant’s King were on first, arriving amid darkness and a slowly building atmosphere of their own creating. Which is as good a way as any to start off a gig. The youthful five piece have been steadily making more and more of a name for themselves, ever since a chance placement on BBC Introducing’s website got them some serious airplay and their own pursuing of a full gigging schedule followed.

Even though they’re first on, Peasant’s King play like they’re headlining and deliver perhaps the most eclectic set of the night. The band’s music touching upon indie of both your moodier and funkier varieties, as well as some bluesier rock elements like nicely glassy guitar lines, and even a proggy spaciousness to proceedings. However, the most prominent aspect to Peasant’s King’s performance is the kind of catchy charisma and accessible exuberance that the South Wales music scene as long been known for.

Next up are The People The Poet, who might actually be the biggest band of the evening to be honest, with considerable coverage, some significant festival slots, including South By South West, and an abundance of airplay under their belts. However, as previously harped on about, this isn’t a night of egos, but communal spirit for a good cause, and The People The Poet may already have exemplified that best with their debut album, 2013’s The Narrator. The album being the end result of asking their fans to send the band their most intimate and important life stories, as likely heart warming as heartbreaking, for the band to then write songs around.

That was a while back now, and the band have gone through some changes, but at their core their still the same band indebted to a good story and an anthemic rock sound embellished with the colouring of folk, country, Americana, and whatever roots music you might care to throw in there. The four piece are a tight live unit that shift seamlessly between rolling ballads, driven anthems, and roaring rock songs. A set that, even when occasionally sombre, kept the gathered horde enthralled.

Closing the night then were Climbing Trees who not only boast the prodigious support of your right honourable vultures here (having had a good chinwag with us in the past and made Single of the Week too), but even the mayor, who had introduced the evening in her very own Climbing Trees t shirt. Now, aside from such obvious friends in high places, the Trees have been growing rapidly over the past couple of years from, essentially, in-house jam band at Globetrotters bar in Ponty to regular botherers of festival line ups and radio airwaves all around. Something set to continue with their sophomore effort on its way.

A generally more subdued prospect, given their penchant for their self-coined ‘cymrucana’, the Trees for all intents and purposes should bring things down some after the more rock orientated persuasions of Peasant’s King and The People The Poet. However, such is the strong sense of melody in their music, alongside its tendency towards the atmospheric, that the four piece have the crowd utterly captivated throughout. Even drawing out some of the biggest sing a longs of the night while they’re at it. Now, you could argue that’s the result of everyone drinking all that they can, but more accurately you could argue that it’s actually down to the strength of songs like ‘Graves’ instead.

It was inevitable from the beginning, but it was positively obvious by the end that tonight was a great success for all involved; a local venue showed that there’s still fight in the old dog yet; a community showed they could turn even financial cuts around in an effort to save the arts and culture of home; and three talented young bands on the upswing proved that they have build a solid and loyal foundation here, but they are surely expanding onwards and upwards.