Getting to Know You REVIEW – Romantic Shenanigans

Natasha Little and Rupert Penry-Jones muster up some credible chemistry as romantic leads, though the film itself offers us nothing much to chew on. 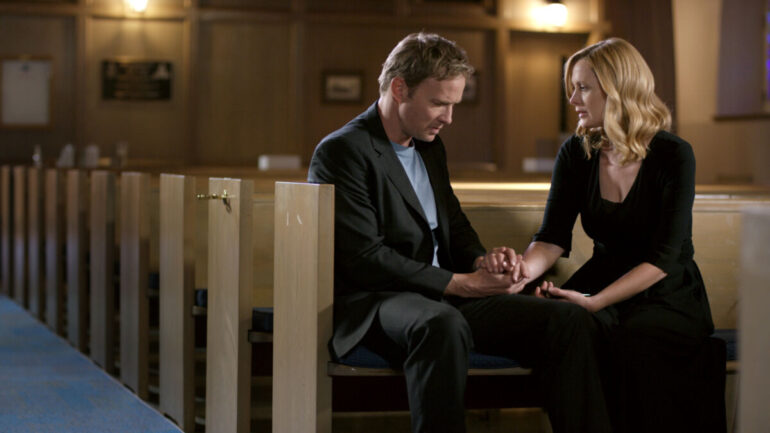 Cards on the table – I am reviewing this film mainly because of Rupert Penry-Jones, the actor who played Captain Frederick Wentworth in the 2007 adaptation of Jane Austen’s Persuasion. Persuasion might not be one of Austen’s more popular novels, but I like that it is a slow burn, encased within it years of longing and waiting, and the idea of second chances. So yes, Penry-Jones, who plays Luke in this film, has the acting chops to pull off a romantic lead, and does bring the chemistry with co-star Natasha Little (Abby).

The two share a meet-cute in a hotel lobby, where the staff are not running things but rather, having sex in the back. There is a little banter between the two as they ponder aloud how long it would take them to, you know, achieve some sense of completion. The hotel staff just being so incompetent is a running gag in the film, and it was annoying mainly since everyone kept their cool despite how unprofessional the staff are.

Luke is in town for a high school reunion, a reunion where he confessed to high school sweetheart Kayla (Rachel Blanchard) that he never stopped thinking about her despite the years that have passed. Kayla, however, is married with kids, so Luke takes off thinking he’s lost his chance, that is until she shows up and throws herself at him. The film wants you to consider what it would take for a person to walk away from their marriage/stable relationship, and whether marriage is an obstacle the other person in the equation considers before making the leap.

So Kayla is here, and she makes it clear that she is available; she isn’t happy with her husband and her family and she’s always loved Luke, so she decides she wants to be with him. But Luke has a change of heart, and he cites marriage as the obstacle he doesn’t want to get in the way of. But do we really believe him? After all, Abby is also married, and it becomes abundantly clear that if she allowed him to, he would have no moral qualms about being with her.

We are left to think about the fickleness of love, and the part it plays in infidelity. It isn’t that Abby doesn’t love her husband, or is looking to be unfaithful, she just had a connection with a man who was a stranger, and became something more. As Abby and Luke masquerade as a married couple to get Kayla off Luke’s back, the pretending becomes real, and a casual drink that wasn’t supposed to be anything turns into a palpable connection.

Little and Penry-Jones’ scenes together are what make the film quite enjoyable; there’s a laidback energy to their interactions but at the same time, the viewers can feel the blossoming of that romance. The not-as-enjoyable parts are the situations and characters director and writer Joan Carr-Wiggin surround the two with. The whole hotel staff thing is eye-rolling, the fact that Abby would go to such an extent to help a stranger fend off the advances from a drunk ex is just too unbelievable, and some of the supporting characters are quite annoying.

Still, it offers enough to be enjoyed in the moment, and be somewhat forgotten once it’s over. 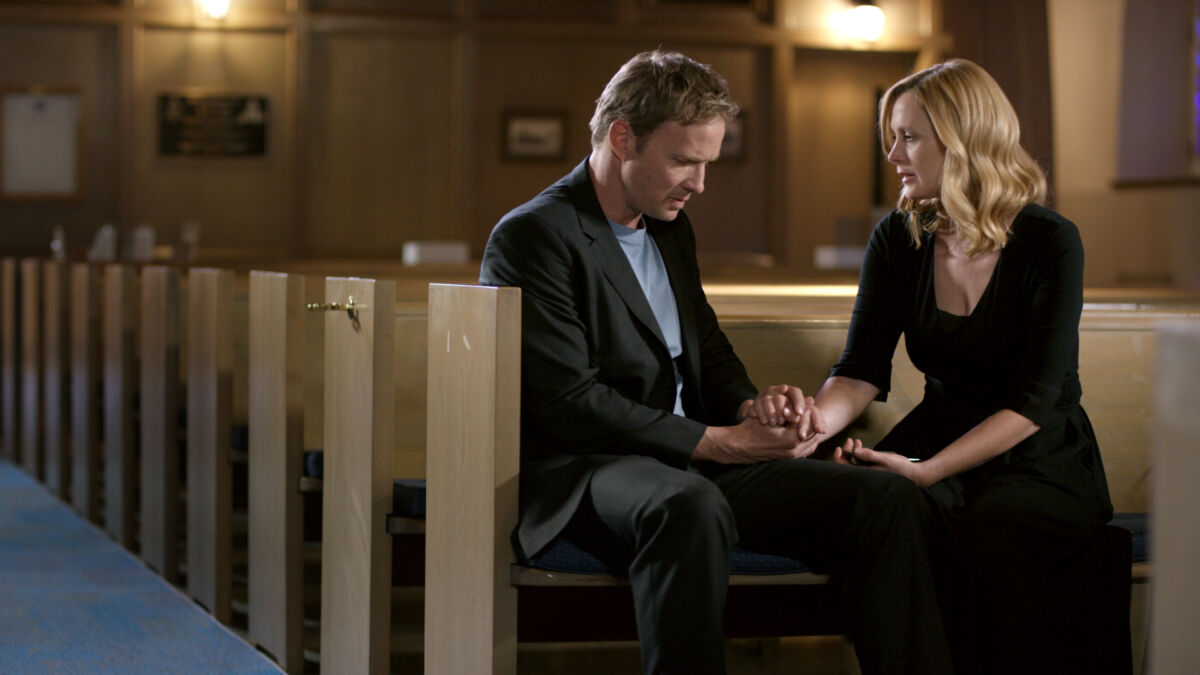 Verdict
Rupert Penry-Jones and Natasha Little muster up some credible chemistry as romantic leads, but the comedy side of the film falls flat.
6
Cultured Vultures is a pop culture website established in 2013 covering all things gaming, movies, and more. We eat your words.
All The News On The Biggest Games