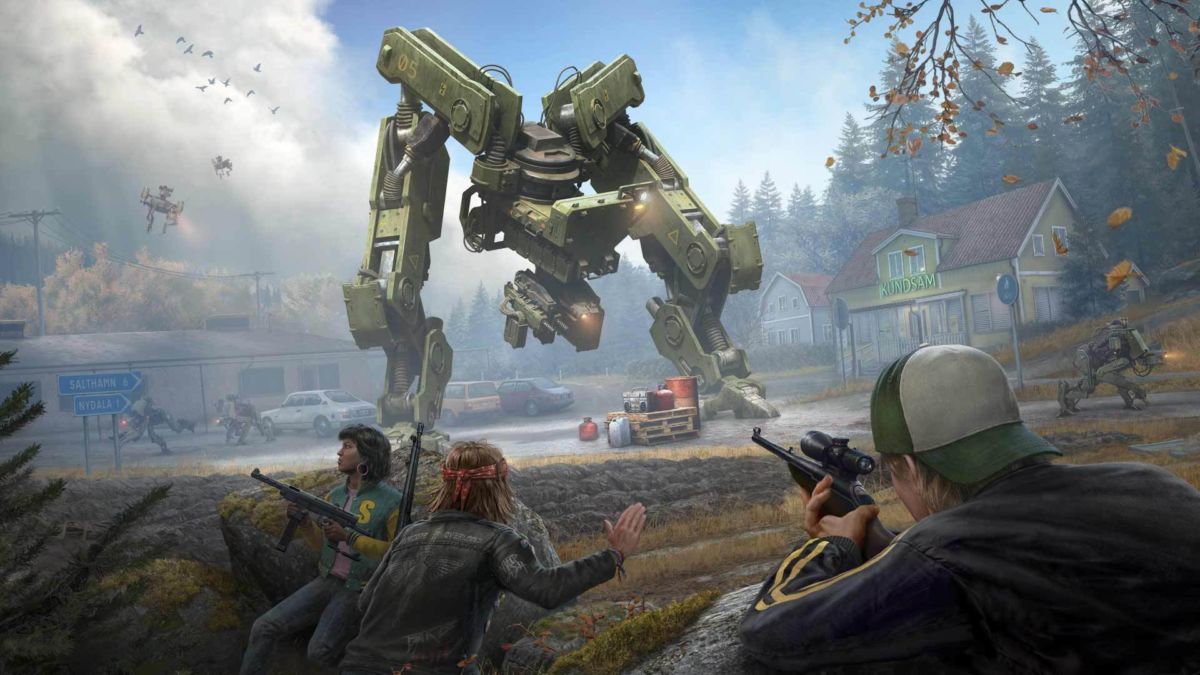 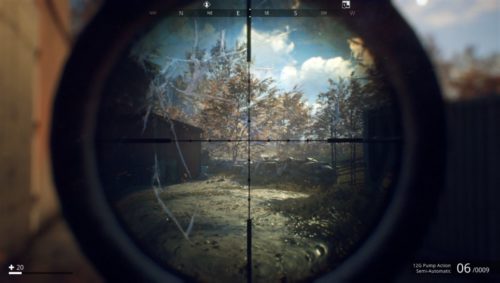 Sweden is an extremely violent place and it has made me more afraid of robots than Horizon: Zero Dawn ever did. Avalanche Studios’ new game poses a fun idea with its setup as Generation Zero sees the player taking the role of a teenager in the 80s who returns home to find that everyone else is gone or dead and the killers are roaming the beautiful countryside, hunting the survivors.

It’s a shame that this idea may have been ‘borrowed’ or lifted from an artist the studio was familiar with, Simon Stålenhag. 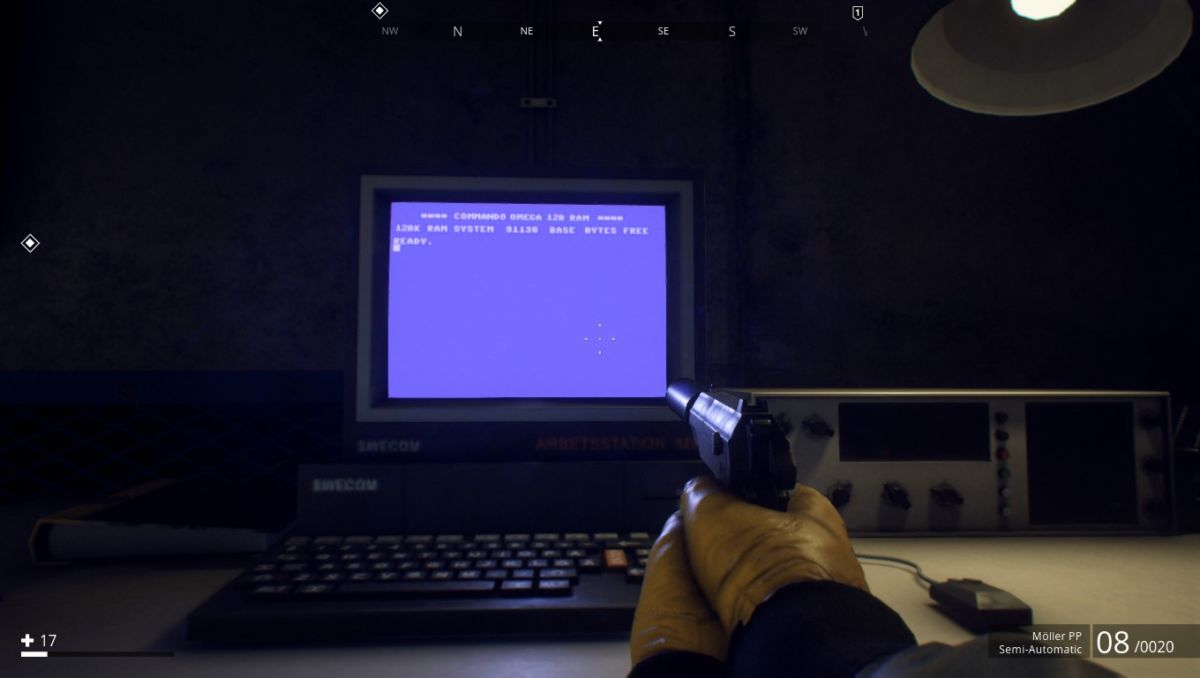 The concept, atmosphere, and a sometimes genuinely creepy environment will have to go a long way because there genuinely isn’t much left to give, most notably in the way of the story. Nothing traditional anyway, as there are no cutscenes or NPCs to chit-chat with, only items to pick up and read, voiceovers from answering machines and radios, or tidbits of narrated exposition from the log. Some of these items even have some poor English translations. Since two out of the three offices for Avalanche are located in Sweden, this isn’t a surprise, but some quality assurance would help.

Some may find a sense of freedom with a practically less-than-present mission structure and very little nagging to keep the player moving toward a certain point. There is only the slightest bit of focus though and a feeling of listlessness hits strong when knocked off path even slightly. For those wanting to know about what happened to this world, it is a long and mostly unfulfilling road. 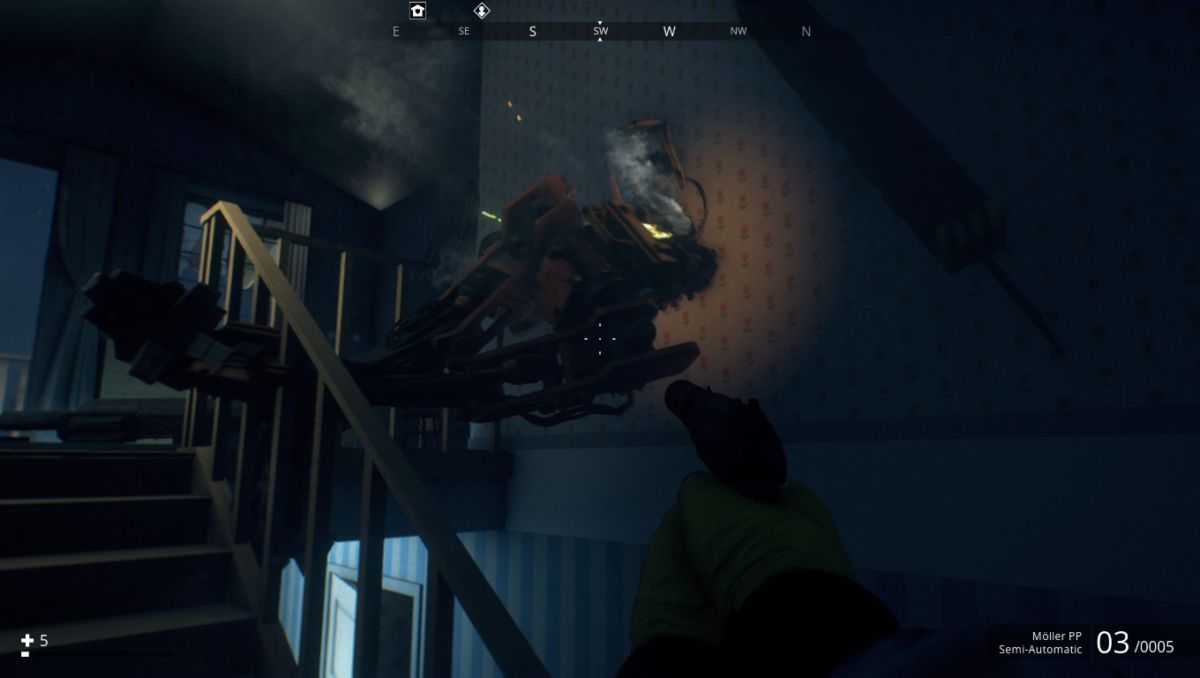 Generation Zero is similar to a survival game, just without those pesky hunger and thirst mechanics. There are several ways to gain experience points, but progression often felt slow with few skill points to throw around. There are several guns and attachments, but the scrounge for ammo is real. Items that harm and distract robots are plentiful and should be used often. Clothes can also be found for style and various types of resistance to damage. No cars though, so get used to walking a lot.

Thankfully, the game is gorgeous at times, mostly during the daylight hours. Every now and then, those visuals will be accompanied by some good synthwave music, especially at the title screen. Avalanche put a lot into bringing the countryside of Sweden to life. With that said, there are a lot of small visual glitches, like clipping and lights having no source. Some bigger ones popped up in which ammo boxes would be stuck in other items and larger enemies would just stick their upper bodies through walls. There was one building that had ammo in it that I couldn’t enter at all because the structure was halfway in the ground and my character model was too big for the doorway. This is where I first bring up—but certainly not the only time it applies—that this game feels unfinished. 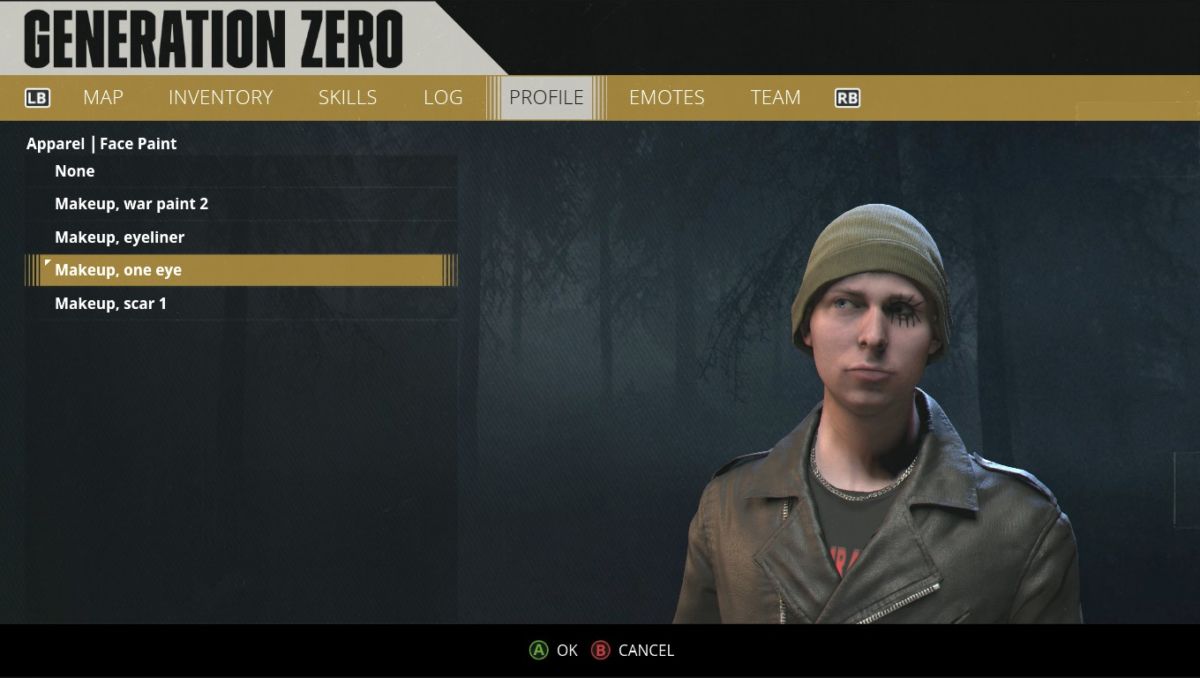 The water looks really good also, but it is just there to stare at. The player character cannot swim, and that is a shame, because it seems like the perfect place to hide from these mechanical beasts. Enemies start off small and few in number, where the only real concern is running out of ammo. It is not long before there are more enemies though, then armored models, and eventually bigger more aggressive antagonists that do higher damage, like an escalating flood of angry monsters. Being out in the open for too long is asking to run into a pack, risking a swarm that has devious knockdown or impaling attacks, inspiring you to try and sneak more.

I would say hiding indoors is the best bet if the fight becomes overwhelming. Unless one of the beasts glitches inside, as I mentioned earlier. That will get boring quickly though, especially with the houses looking so similar. Retracing steps is also dangerous as these intimidating monsters respawn. Also prepare to get jumped a lot, especially coming out of buildings.

The average confrontation here starts with some gunfire then moves to being knocked down constantly. At some points there’s a bit of a reprieve as everyone waits for the body to finish ragdoll-ing down a hill, only to kill one of the many in the group before being overrun again. Rinse, repeat, burn through supplies and finally decide to run away and regroup. As long as the player has adrenaline shots they can come back to life right there, but not having any shots means going back to a safehouse. It is a long walk of shame when this happens. Thankfully, death has little meaning more than an inconvenience in this game. 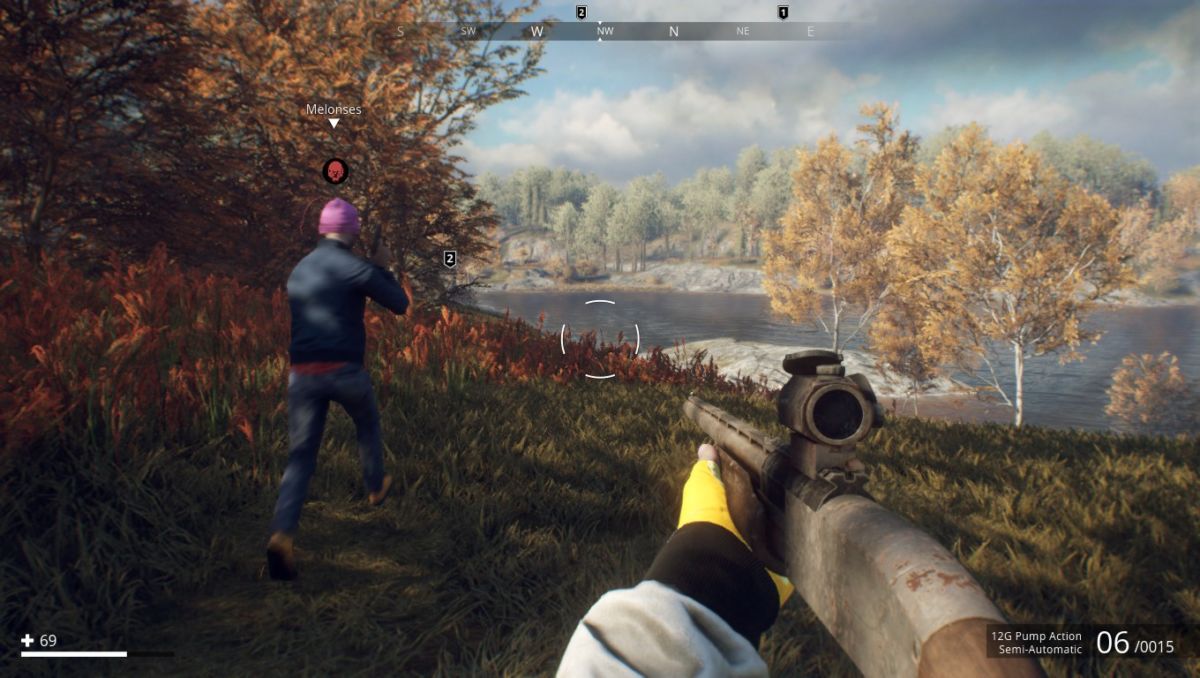 Those long walks back are made worse by a map that needs more details or identifying marks. Sometimes the waypoints appear and other times they vanish temporarily, getting me lost and wasting some time. I mentioned earlier how the missions usually have players piecing things together, finding clues or one specific item to interact with, but often it is just about picking the right direction to wander off in. The world is big but doesn’t feel as full as it should. I might just be upset because the castle disappointed me so much.

Playing solo is tough. This game was built for co-op play and each instance of it can hold up to four players. I jumped in a session with a fellow writer to test some things out and I can confirm that this is much more fun. Nothing quite like hanging out, catching up, and shooting robots together. Especially if you use them as the bait. Sadly, none of the mission progress seems to save for the other players, only the host, and some loot is different from person to person. The multiplayer is what will give the game some longevity though and is just another example of why Generation Zero reminds me so much of DayZ. 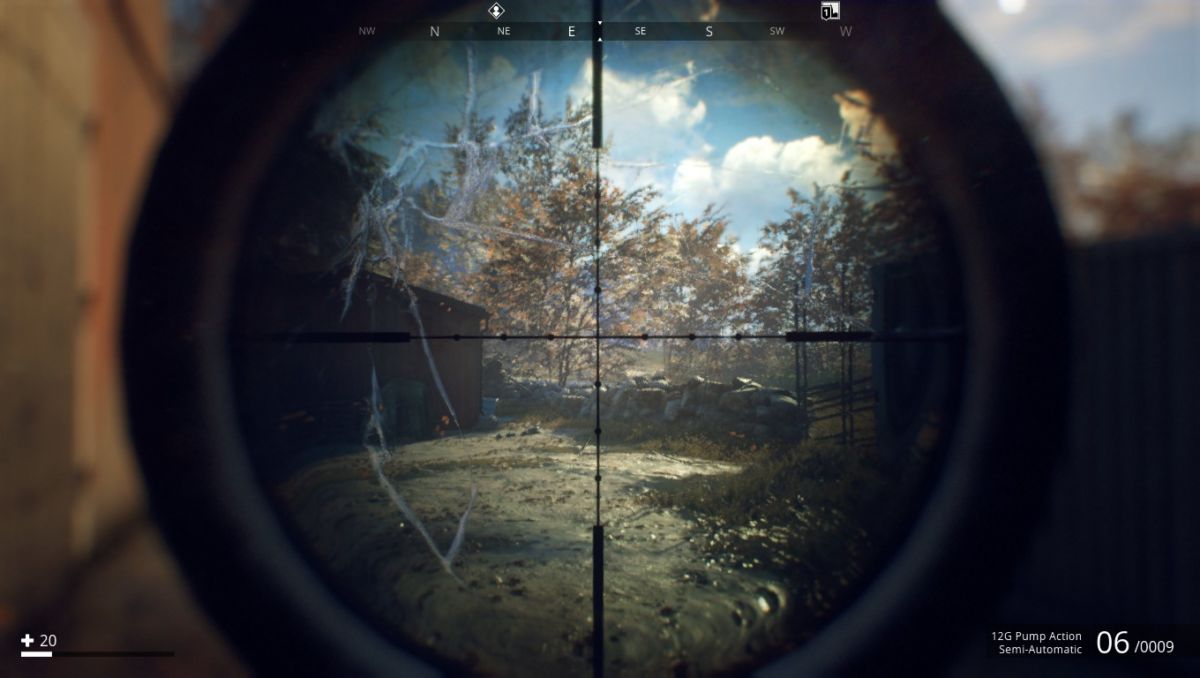 I can’t really call this a bad game. It just feels empty and can get boring without someone to talk to. There are smaller issues like the inventory not being intuitive, switching between weapons not working, ammo not reloading when the button is pressed as well as fall damage not remaining consistent. This is not to mention the numerous glitches I ran into. At one point I was launched into the air for no reason and killed by the fall. All of these things slowly picked away at the fun I was having and when I realized how little there was to do in the game and how few of those things I actually wanted to put time into, that depressed me a bit. I wanted to like this more.

Generation Zero has a neat idea that feels like it wanted to be something else and settled for coming out half-cooked. My co-op partner even asked me if I was sure this was not still in Early Access. I don’t know how much they plan on adding, but with a little work Generation Zero could be a lot more fun. For now, Sweden is on its own.

Verdict
The ideas are sound and the visuals look good, but Generation Zero doesn’t have too much to offer. Looking past the glitches may offer some fun co-op play, though.
5.5