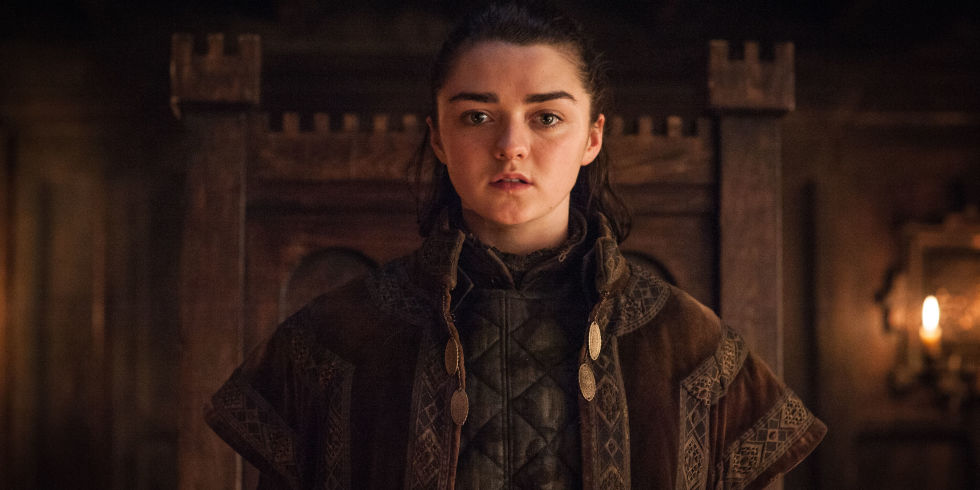 Last year I had this bright idea: Game of Thrones power rankings. After all, it was in the name of the show – the whole point was to win the (Iron) Throne. Sure, lords vowed allegiance to other lords, daughters were married off to kings, noble families dealt out betrayal and vengeance like they were canapés at a dinner party, but it was all ultimately in service to the game of thrones. It’s like a sports league, except instead of winning the Superbowl or the Stanley Cup, you get to sit on an uncomfortable chair and rule a medieval kingdom.

As we enter season seven however, pretence has been thrown out. It feels like the Lannisters and the Mother of Dragons, at least, are focused now on one thing: winning. Jon and Sansa in the North have a little more to chew on, what with that zombie army no one believes is real hanging about in the snow. And maybe that’s what’s strange about season seven: even as everyone is finally focused on winning, for the first time it feels like no one can. Maybe Wargames was right all along.

So with episode one in the bag, here’s your Game of Thrones season seven power rankings:

While Cersai technically sits on the Iron Throne, this episode leaves me with the distinct impression she’s only there to keep it warm for Daenerys. We didn’t get to see much of the Mother of Dragons this week, her crew only popping up at the end, but right now she has a whole bag full of aces up her sleeve. Of all the factions vying for Westeros, hers is troubled by the least amount of internal conflict.

She has the loyalty of the Dothraki, the Unsullied and three actual fucking dragons. Also, her entourage feels like the least likely to betray her. Tyrion and Varys are the most level headed pair of advisors in the Seven Kingdoms at this point, while Yara and Theon almost cancel each other’s worst instincts out. Also, Team Daenerys landed on Dragonstone this week, which we also found out has a whole mountain of dragonglass in it. This lady is set for life. Did we mention she has fucking dragons?

Don’t ever count out Cersei Lannister. If season six taught us one thing, it’s that when you think you have her beat, all it means is that you’ve earned a more hideous death. Things don’t look good for the new queen, however. This week, the show spelt out just how precarious her position is. The seven kingdoms are as divided as ever, and King’s Landing is surrounded on all sides by folks who’d like to see Cersei blown to bits in a big green explosion.

Cersei’s needed to make a big move this week, but we’re not quite sure we’re on board with her call. An alliance with Euron Greyjoy was perhaps one of her few options, but I’ve had more trustworthy people ring me up trying to convince me they’re from Microsoft IT Support. He’s a chancer, he killed his brother, and now he wants to marry Cersei. Something tells me that while Euron might win her more battles than we think, this deal is eventually going to blow up in Cersei’s face.

Poor House Stark. Perennially the most shat upon noble family in Westeros, the Starks now have the unfortunate challenge of trying to fight two wars from two different directions. One comes from a queen of realpolitik and and the exiled heir to the throne who has destiny and dragons on her side. The other comes from unstoppable ice zombies.

Sansa and Jon have both grown as characters. Sansa especially feels like she’s come out of last season having finally emerged from the cocoon she’s been in for so long. She at last understands the game of thrones, even though right now she’s playing to survive rather than win. This puts her at odds with Jon, who is teetering on the edge of making the same mistakes Ned did in season one. Who is ultimately in the right here I’m not sure, but the North needs to be a united front if it wants to weather the winter.

Also, can we talk about that opening scene, you guys? We all remembered Walder Frey was already very dead, didn’t we? And we all knew what was going to happen to the Freys when they drank that wine? There was something cathartic about seeing Arya’s zero-fucks-given handiwork here, and that actually worries me a little. I think Game of Thrones has finally made me a bad person.

There are no other teams left. The White Walkers are yet to make their big move and everyone else is either dead or hitching their wagon to one of the big three. Which means there’s going to be more war. And that means the Westeros proletariat are going to have to endure an even bigger pile of shit while the aristocracy fights again over who gets to park their butt on some stupid metal chair.

Honestly, Ed Sheeran and his band of downtrodden Lannister foot soldiers looked more chipper than they had any right to be. The streets of King’s Landing are in chaos, and the countryside is so fucked that dead innkeepers can become bones in their living rooms without anyone bothering to check in and bury them. We’re due a peasants’ revolt. Could Beric Dondarrion be the Wat Tyler of Westeros?