The David Moyes at Sunderland school of management. 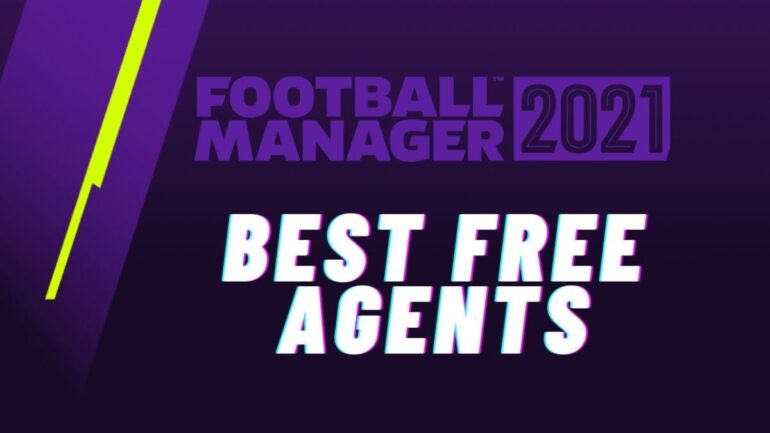 Football is a sport that seems to be getting bigger each year, but there’s no doubting that it’s also getting more expensive. This is reflected in Football Manager 2021, where the biggest transfers are increasingly eye-watering, though as is also consistent each year, there are some free transfers that won’t break your financial balance.

The following list of free agents in Football Manager 2021 may not be at the height of their powers and they may also only be good for the first year of their contract at most, but they can all do a job across sides of all levels. You’ll probably see a few names that will bring back good memories, especially if you’re an Arsenal fan. If you support Liverpool, though, expect two unhappy reminders.

Here, then, are our picks for the best free transfers in Football Manager 2021. Bear in mind that most of these players will demand signing on fees and agent fees, so they aren’t technically free in the absolute sense of the word, but they will still net you some savings.

It’s almost sad when you look at Balotelli’s career stats and wonder just how much he could have achieved without all the, well, Mario Balotelli-ness. A controversial figure who finds himself without a club, Balotelli is an absolute wild card footballer who we almost dare you to sign.

Just a quick glace at his mental attributes will show you why this would be a pretty big risk: the man does not work or care for the team. In fact, he wants to be promised your club’s captaincy before you sign him without having any captaincy attributes at all, for a joke, maybe? If you want someone who knows where the goal is and can nab a few of his own, it probably won’t be a bad free transfer. Probably.

The epitome of the player who fails upwards, Borini somehow went from Sunderland to AC Milan but now find himself on the free agent pile in Football Manager 2021. At 29, he still has a good few years in him and is a solid team player, though his wage demands are on the high side.

Could do very well as cover at most bottom half Premier League clubs, or maybe you want to sign him back at Liverpool for no reason at all? Will notch a handful of goals and assists a season, even with his awful finishing.

Speaking of Liverpool, it’s a huge shame how badly Daniel Sturridge’s stock seems to have plummeted in just the last couple of years. One of the best strikers in the Premier League in his heyday, Sturridge peculiarly found his way over Trabzonspor A.Ş. before just as peculiarly being released.

What that means is that you can get a good striker for next to nothing. The lack of football and laundry list of injuries has dulled his ability quite considerably for FM this year, but he still knows where the goal is. Get him on a two year contract at most because his legs are actually disintegrating.

One of the most pointless transfers in football history, Ivan Strinic spent two years at AC Milan, didn’t play a single minute of football and now find himself on the free agent list in Football Manager 2021. In fact, he hasn’t played that much football at all in the last five years.

Still, someone at Sports Interactive rates the Croatian, even if his legs are turning to 90% water before our eyes. At 33, Strinic is a good option for cover for a top half side across most of the elite leagues, though he could possibly play each week for a team fighting to stay up and do a good job.

“Who?”, you cry, and yeah, fair point. Compared to the rest of the free agents we recommend in Football Manager 2021, Víctor Álvarez isn’t a household name, but if you just want a wing-back who can play football without any fuss, you could do far worse. Plus, he wants a normal wage — what a concept.

A Barcelona product, Álvarez spent many years at Espanyol before venturing over to Russia for a few years at Arsenal Tula, his last club. Again, this really is not a flashy free transfer. He is just a solid body who doesn’t demand a ridiculous wage, so if you need back-up, get it without any frills with this guy.

Made of cotton, Jack Wilshere really isn’t someone you can build a team around, despite at one point being blessed with all the talent in the world. The former Arsenal man never really got going at West Ham, but what about a newly promoted Premier League side who don’t have a whole lot of money to play with?

Honestly, it might not be the worst idea ever, even if Wilshere is liable to pick up a few injuries. He’s great on the ball as well as distributing it, so if you can have a BWM next to him and some fast wingers who can latch on to his pinged balls, you may have survival in your sights. Again, expect him to break.

A legend of Spanish football, Ezequiel Garay isn’t quite the defender he used to be thanks to injuries, so he isn’t going to be great across the whole season. However, if you’re a newly promoted side or an eternally struggling lower table team, playing with a low backline with Garay at the heart of it could be the solution.

His wage demands aren’t that high either, despite what his agent might say. With some bartering, you can get to below £50k and then look forward to two very solid years in defense. Do not under any circumstances play a high line or you will likely get eviscerated due to his lack of pace and knees.

It’s pretty baffling why Remi Walter doesn’t have a club in Football Manager 2021 — he’s such a solid footballer that would do more than a job at most top division teams. It might be something to do with him being at Yeni Malatyaspor for precisely nine games before being released. That’s a big red flag right there.

But beyond any of that, he’s just a good player. Not great, granted, but still someone who knows their way around a ball with solid passing skills and decent teamwork. If you’re looking for a bit more depth in midfield in your first season in a higher division, Walter is worth a try.

While Korb isn’t a name that most people will be familiar with, you don’t spend over a decade at a good side like Borussia Mönchengladbach without knowing how to kick a ball well. He was even their first-choice right-back in 2014/15, a season in which they finished third in the league behind the obvious contenders in Bundesliga.

So, what do you get with Korb at right-back in your team? Well, a decent all-rounder who puts the work in for the team. Technically a little slack, Korb’s mental attributes means that he will play an important role in a relegation dogfight, though he may also be a good backup for most teams outside of the elite.

Remember how late in his career João Moutinho came into the Premier League and showed what it was missing? That’s exactly what Beñat of Athletic Bilbao fame might bring to your newly promoted side, or maybe even bottom half stalwarts.

Hardly boasting any pace at his age, Beñat’s mental attributes are really what you’re after here — this is a player who knows how to dig in and give it his all. Alongside a BWM in midfield, look to Beñat to spray some balls (don’t ask to him to run) to the forward line as a DLP and you might get a good season or two out of the best free transfers of the whole game.

To be completely frank, we don’t genuinely think Mandzukic is the best free agent in Football Manager 2021. We actually just want to see if you can somehow play him as a Wide Target Man and get him to play really well to defy nature and science at the same time. Wide Target Men are an absolute affront and they should be ashamed.

Never a prolific goalscorer, Mandzukic is more of an attacker who will do everything in his power to help others to score instead and burst a lung to help the team overall. He’s never been a fast player and is even slower at 34, but if you need a backup or impact sub who can score outrageous goals, he might be worth the gamble.

READ NEXT: Football Manager 2021: Best Wonderkids You Can Buy For Cheap