Did Final Space Really Deserve To Be Cancelled? 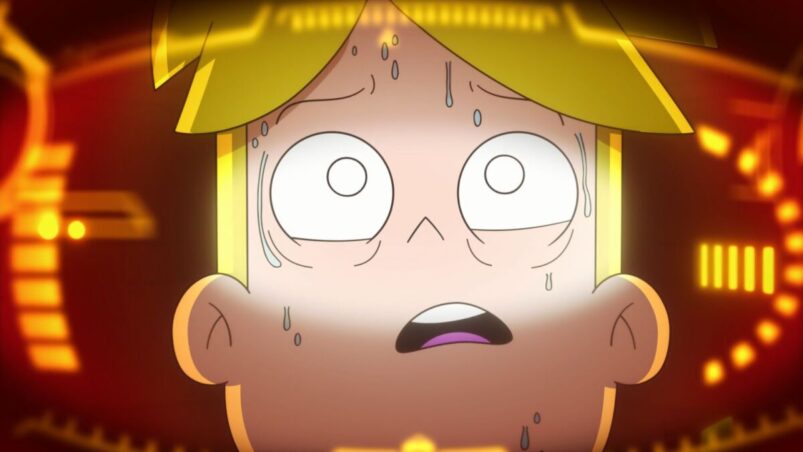 Quite fittingly for a show about constantly trying to fend off the end of the entire universe, Final Space always felt as though it was fighting a fight it could never quite win. Olan Rogers’ animated heroes might have always been able to beat the odds and scrape through relatively unscathed when all was said and done, but the real world is often a crueller, more callous place than the one drawn by hand.

First airing on TBS in 2018, Final Space was born out of an idea from YouTuber Olan Rogers, an idea he further developed with the likes of David Sacks after pitching it to the network. Following astronaut Gary and his world-endingly powerful alien companion Mooncake as they are pursued across the cosmos by the evil Lord Commander, Final Space was an animated space opera that nevertheless managed to find a sense of humor amid the usual high stakes sci-fi setup.

The show endured a slightly rocky start, its debut season not enjoying the sort of universal acclaim that any budding executive or money-watching producer hopes for when a new property drops onto the network’s airwaves. Praise for Final Space seemed to increase as time wore on and the narrative stakes grew increasingly more significant, but it was never enough to prevent the dreaded swing of the axe. After just three seasons, numerous rearrangements and an unresolved cliffhanger of an ending, Final Space really does look like it’s living up to one-half of its name.

The reason given for its cancellation has been the fallout from the 2021 merger of Warner Brothers and Discovery to form Warner Brothers Discovery Inc., a unification that created a massive media conglomerate but also led to some less profitable properties and shows being left by the wayside as the new bosses essentially cleared house. Final Space’s numbers didn’t add up and, sadly, it couldn’t escape the fallout.

It’s a decision that continues to rankle with so many devotees, and not without reason. Final Space never boasted the sort of huge, ardent fanbase that a show like Rick and Morty does, partly owing to the fact that it simply hadn’t had enough time to settle into its new home on Adult Swim for a decent amount of time. Nevertheless, enthusiasts were as loyal and committed as any, and there’s no doubt that Roger’s sci-fi creation had carved out its own intergalactic niche, especially with an adolescent and young adult audience. To say that Final Space never found an audience would be patently untrue despite its modest overall viewing figures, especially if the backlash to its cancellation has been anything to go by.

Not that Final Space was perfect, by any means. Some found it too broad, others deemed it a confusing mix of tones that never quite settled on what it wanted to be or how it wished to be perceived. Gary is certainly a grower of a character, as are a few of his kooky companions, but there’s a distinction between characters exhibiting potential and those for whom there is no hope. Final Space always felt as though it had potential, one that will never be fully realised.

Despite its imperfections, the adventures of Gary, Mooncake and friends won fans for its sincerity, humor, warmth, high-stakes action and excellent animation, a quality that so many modern cartoons fail to really get right. It may initially have felt flippant and a little off-hand, especially with regard to its central protagonist, but it grew into something with deep characterisation and genuine emotional stakes.

Perhaps that’s what has caused the most frustration. Final Space wasn’t merely a good show, it was a show that was heading on a certain course, a trajectory that saw it blossom and improve rather than flounder and wilt before its time. Very few serialised creations manage to sustain themselves for long before the rot sets in, so to see one still growing into itself cut down in its prime is a decision that merits a little outrage. Rogers had previously stated that he had six seasons worth of ideas and a clear vision of how things would ultimately end when all was said and done. It seems, then, that things were only just getting started.

This is all indicative of a broader trend: Lots of shows simply don’t make it all the way through their natural life cycle anymore. Yes, there’s always been a propensity, maybe even a necessity, to cut things off before they go from a dud to an outright drain, but in the world of hyper-competitive streaming services seemingly cancelling as many shows as they birth, it all just feels as though Final Space was just another number that didn’t add up on the spreadsheet. Perhaps the greatest irony of it was the fact that it was the cancel-happy Netflix that has ended up as one of the few places where the show can still find a solid platform following the show’s cancellation from the mainstream airwaves.

The real tragedy of Final Space’s cancellation is that it was a show, whatever you thought of it, that had heart and sincerity amid all of the goofing about. Created from what was essentially the passion project of a single man, Final Space had its own vision of what it wanted to be, a vision that never quite blossomed in the short time span that was its existence. We may never get to see how it all ends for Gary and his crew, but it was certainly worth seeing how it all began.