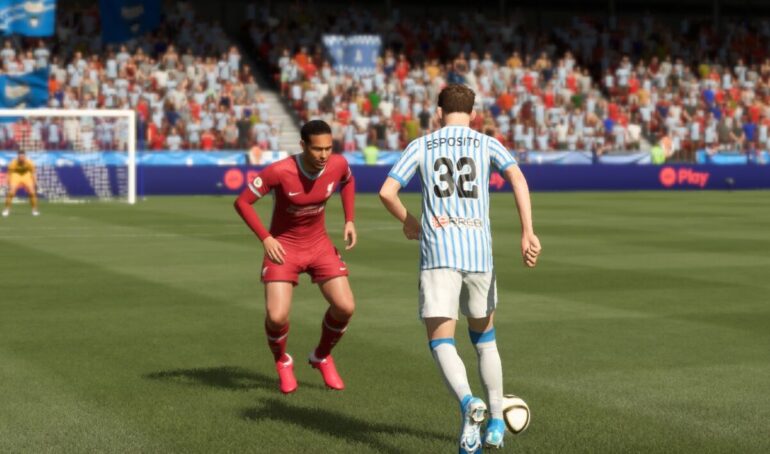 There’s a reason why strikers are the most expensive players in football: the goals they score are worth their weight in gold. However, not everyone can go around buying Haaland or Mbappé in FIFA 21 when they feel like it, so how about some wonderkid strikers on the cheap instead?

It’s also generally just much more interesting to buy smartly in Career Mode and watch as your wonderkid flourishes as the seasons go by, them becoming one of the best in the world as your business looks smarter and smarter. FIFA 21’s Career can go on for years, so you are best off planning for the future with more than a handful of wonderkids.

From poachers to all-round footballing superstars, here are the strikers in FIFA 21 with high potential ratings that you can buy for little to no money at all.

Ellis Simms is a record breaker at youth level football, a natural finisher who’s strong on the ball and knows where to be at the right time. While he’s probably not the best of our picks for this guide, if you want a pure poacher who will buoy your lower league team, Simms should be the first player you look to bring in on loan.

While he may struggle to get a look-in at an elite side, Simms has a decent potential rating that will eventually make him a good back-up striker for pretty much anyone. He is down the pecking order at Everton, so if you’re looking a young, cheap striker for the future in FIFA 21 with high resale value, Simms is a solid pick.

Someone at EA doesn’t rate Fabia Silva as highly as Wolves do — he is available for almost 10% of what Wolves paid for him real life. If you have a few million burning a hole in your pocket and need to sign a wonderkid striker who has a lot more to his game than just goals, Silva will do nicely.

A potential rating of 85 doesn’t take him into the leagues of the absolute best strikers in the game, though it doesn’t leave him far off that, either. Silva will best suit a team on the up and up in a top division and will provide good cover before he really start to demand a starting spot in his early 20s.

Another striker who might not immediately leap out as being a world beater, Sékou Mara is a player that you could call something of a hidden gem. While his starting attributes are hardly worth getting excited over, it’s what he can become that should make you put a few million down to buy him.

You’re going to want to put Mara on a development plan that focuses on his finishing — he’s naturally gifted for that attribute, so it makes sense to make it even better. He’s not going to be able to speed away from defenders or pull of outrageous trickery, he’s just going to put the ball in the back of the net for you.

Football Manager fans, this one’s for you. Esposito has been shown plenty of love by FM 2020 players over the past year and it seems that EA are big fans of him as well. It’s unfortunate that he’s received a small downgrade from last year’s rating, but make no mistake: he will still score goals for fun.

Again, Esposito will be a FIFA 21 striker who’s best when doing the basics of his position. He doesn’t have the pace to run the channels and can’t press the backline all that effectively. Instead, use a development plan to hone in on his finishing, give it a couple of years and potentially turn a huge profit on your small investment.

Now here’s a potential megastar, according to FIFA 21, of course. While Adeyemi is perhaps a more natural fit out on the left wing thanks to his frankly absurd pace, his already excellent finishing and composure makes us think that he may seriously shine right in front of goal. He’s already rated better than most strikers in the game and has the potential to be the very best.

With 88 sprint speed and 89 acceleration, meaning that he will reach top speed almost immediately, Adeyemi may become a killer striker if he plays off the shoulder of the striker and you keep looking for him via through balls. He doesn’t have a great deal of power, though that’s to be expected for a boy who hasn’t even hit 18 years old yet.

Can’t afford Richarlison but want the next best thing? Say hello to João Pedro, a Brazilian who’s only really just started life in English football, scoring his first goal in the Championship in the 20/21 season. He’s a long way off reaching his potential, but there’s a lot about his early attributes that should catch the eye.

The most obvious are his positioning and dribbling, meaning he’s a player who knows where to be and then how to keep going when he receives the ball. His 68 finishing will improve with age, as will his strength and general power attributes. Not the flashiest striker on this list, but certainly one who knows how to score a goal — just maybe don’t expect an immediate impact.