England team slump home to the tune of no one caring 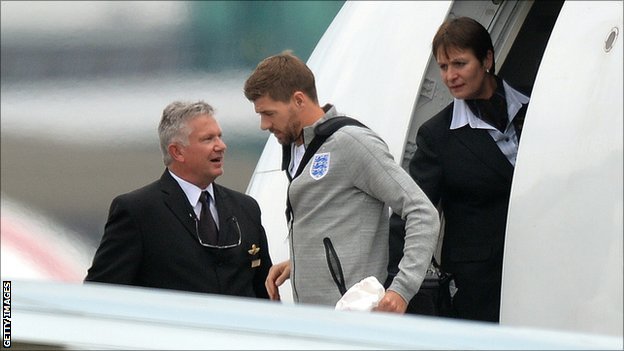 The England squad landed safely home yesterday after a dismal World Cup campaign, which confirmed football would definitely not be coming home this year.

The boys were not greeted by rapturous applause (obviously). They were not even greeted by a chorus of boos. Instead, the plane doors opened and the players were bombarded with the sound of… silence. Nobody had bothered to show; just a few airport security guards and journalists who, if they weren’t being paid for it, probably wouldn’t have bothered either. In a strange way, this is the loudest demonstration of the Nation’s disappointment.

Before the World Cup kicked-off expectations of English success were low, but no matter how little we anticipated there was always going to be that a teeny shred of optimism that believed we might stand a chance. It didn’t take long for any hope to be swiftly extinguished. England was knocked out six days after our first match and after playing just two games; it turns out that this is a personal best, so at least it wasn’t a complete waste of time.

The dissatisfaction is somewhat worsened by the fact England actually managed to play some decent football and, at times, Hodgson’s young squad demonstrated some of the attacking football that was promised before the World Cup.

Roy said on the matter, “We feel very sorry for the England fans. We accept we have failed and we will do our best to put it right before 2016.”

This follows the FA’s decision to allow Hodgson to continue as England manager and I don’t think anyone would begrudge him the chance to redeem himself at the next European Championships. In a couple of years we should be more mature and able to fully utilise our attacking prowess without the naivety showed in Brazil.

It will also mark England’s 50th year of hurt so… yeah… that’s an omen if ever I’ve seen one.