EGX 2017 Indies Round-Up: No Truce With The Furies, The Occupation & More 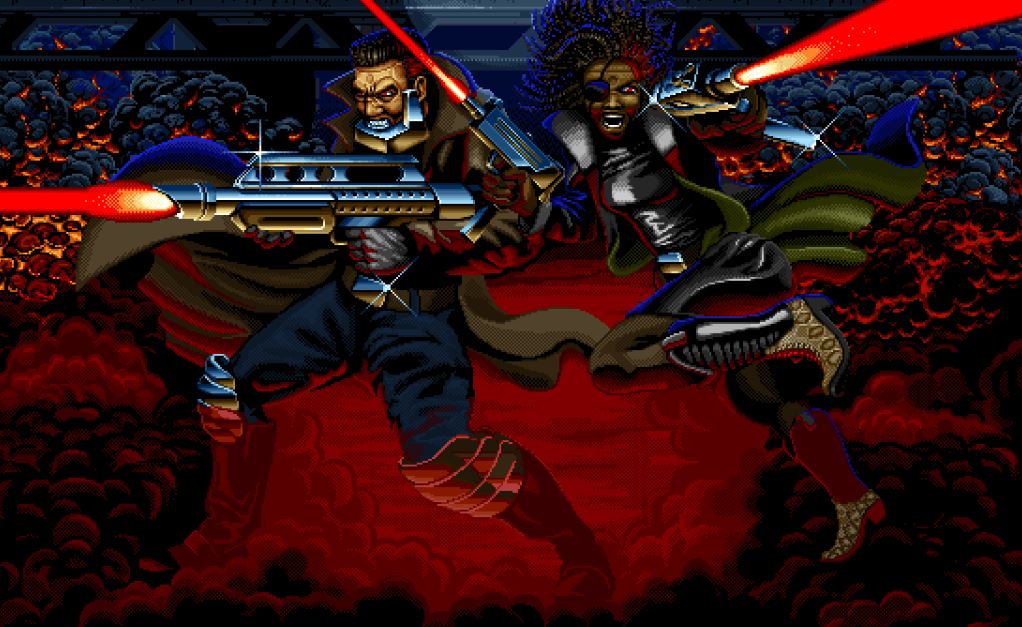 Leaving my very first EGX, I realised I had learnt two very important lessons: 1) do not dawdle as soon as you come in if you want any chance of playing AAA games within a sane space of time and 2) it is expensive to stay hydrated at the NEC.

The reason why I ended up at the back of seemingly every queue was pretty simple: the amount of eye-catching indie games on display. For my money, the indies are typically where you need to go to experience games that try new things, to take an idea and twist it into something wonderful and unique. So while everyone was posing on top of a dragon, I was tucking in to small-scale delights. Here are my highlights.

My very first experience with VR (apart from those naff cardboard ones you get where it’s just lions really close up) was a bit of a daunting one. The nausea set in pretty quickly with Honeypot Espionage, a charmingly different VR multiplayer game, but once I managed to take a deep breath, I was absolutely absorbed and eventually pretty disappointed when the headset was lifted off of me.

The guys at Pocket Sized Hands have developed a stealth combat game where you’re only visible when you move. Superhot immediately came to mind as I awkwardly tried to adjust to my virtual life and it’s a comparison that never really went away, but it should be seen as a compliment. With some more fine-tuning and a strong marketing push, I see no reason why plenty of people won’t fall into this honeypot.

No Truce With The Furies

Aesthetically, No Truce With The Furies was my highlight of the entire show. Despite playing a very early build (something which Zaum Studio were eager to stress), I was blown away by the amount of personality seeping out of its every pore. If Dirty Harry and Homer Simpson had a baby, it would turn out like the disgraced lieutenant detective who acts as the game’s sardonic protagonist.

The amount of detail poured into the world of Revachol is almost staggering; a great deal of it is interactive and each encounter feels like old-school Fallout in terms of the depth of dialogue. No Truce With The Furies is going to be an absolute darling for RPG fans, but there’s easily enough here to sway anyone looking for a game on the fringes with an abundance of originality. It’s been in development for two years, so I think I can wait a little longer to play this again whenever it does come out.

I would be lying if I said I spent enough time with Lake Ridden – it was ten minutes before leaving time and I was foolishly sucked in by a gorgeous logo while knowing full well that I wouldn’t have enough leeway to get truly stuck in. What I did play of this puzzle mystery game, however, was promising.

Despite some rough edges, Lake Ridden shows glimpses of becoming something that will win over Firewatch fans almost immediately. It’s soaked in atmosphere, has a genuine hook in the story department, and puzzles that will need more than a quick shot of ginseng to best. Developed by a team comprising of former Paradox and Mojang employees, Lake Ridden may feel familiar, but it’s going to be worth keeping an eye on to see what they do differently.

It was hard to ignore The Occupation in the Rezzed area of EGX – its art style certainly left an impression. Sparse yet also somehow intensely intricate, the guys behind Ether One look like they’ve certainly upped their game with this narrative-focused adventure set in eighties England.

From what I played of The Occupation, it’s certainly staying true to the look and feel of its time period – thanks to the Unreal Engine, it’s also a looker, too. Following a terrorist act, you, a whistleblowing journalist, must stack up the evidence and spin the truth the way you see fit. Everything happens in real-time, too: think of Dead Rising minus the zombies and nonsense you’re not far off. Certainly one to watch out for when it comes to PC and, with any luck, PS4 and Xbox One.

The simplest things really are the best sometimes. Huntdown feels like a game you might have played in your youth, which is a very good thing. An arcade shooter with more neon and eighties flavour than Huey Lewis rolling around in purple paint, it’s an addictive callback that had more than enough modern flourishes to keep myself and WB Mason playing.

It’s a tough ride, thanks to the variety of enemies and their tendency to be good at the killing, but it’s one that I would have loved to pull up a couch for and played for hours on the showfloor. Instead, we were able to play two different levels on the Switch before we sadly had to walk away. With a release date of 2018 squared away for Huntdown’s release on consoles and PC, I’m going to return some videotapes while I wait.