Maybe the very best Dynasty Warriors game out of twenty years of choices. 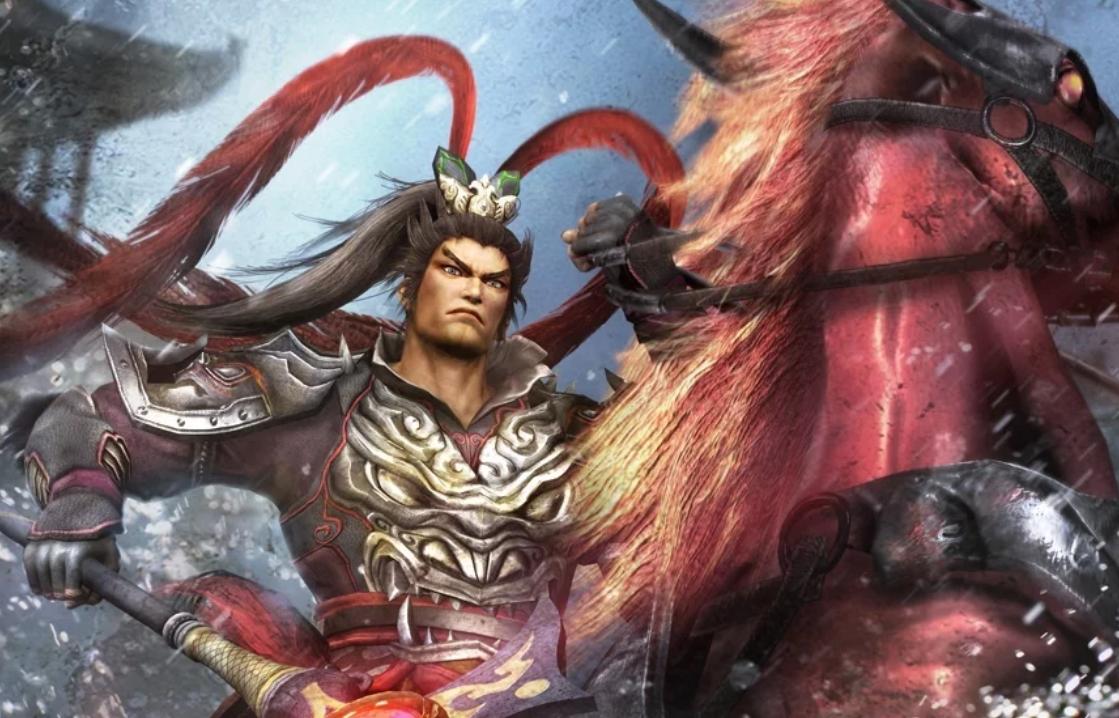 The 20th year anniversary of Omega Force probably wasn’t the banner year they maybe anticipated. With its massive library of titles, the studio roughly pumps out three games a year and 2018 gave us the middling Warriors Orochi 4 and the heartbreakingly awful Dynasty Warriors 9. But their third release of the year, coming out on December 27th of last year, was this incredibly long-named Switch port of Dynasty Warriors 8. It was undisputedly their best release of the year.

The original Dynasty Warriors 8: Xtreme Legends released for the PS3 and Xbox 360 way back in 2013, with a remastered version containing loads of additional content and graphical upgrades released for the PS4 and Xbox One in 2014. The most recently released port, the Switch’s Definitive Edition, includes everything from previous versions as well as all bonus DLC content. Considering the power the Switch lacks compared to its other console brethren, releasing a re-re-updated version isn’t actually a bad idea. 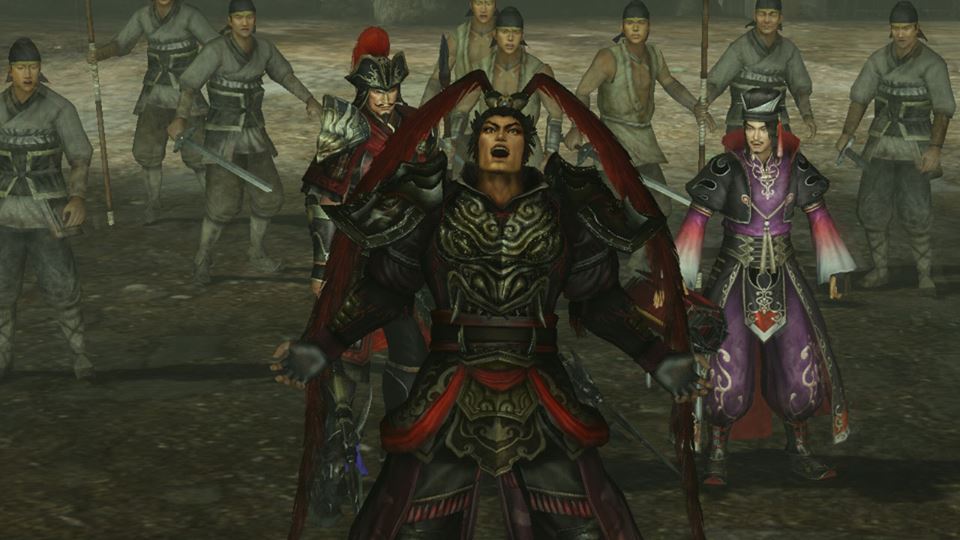 For those uninitiated in the ways of the Warriors, Dynasty Warriors is a franchise based in the hack-and-slash genre in which you pick a legendary warrior and slaughter (or “KO”; the games are all rated T) screens full of enemy hordes as you work your way towards unifying the Three Kingdoms of ancient China under one banner. The story and characters are all based on the Chinese literary classic Romance of the Three Kingdoms, considered by many to be China’s equivalent to the works of Shakespeare or Homer. The Dynasty Warriors franchise has been around for 20+ years now with the formula never really changing from the second or third installment all the way to the present (the open world DW9 notwithstanding).

While the Warriors games have always been criticized for remaining the same and not really being the most in-depth plays, Xtreme Legends Definitive Edition has probably over 100+ hours of content loaded into it. And not in the unbearably grindy kind of way DW9 did, instead in genuinely charming and awesome gameplay. The game contains several different modes to experience this all from. You have Story, which follows the paths of one of six factions in their canonical journey to reunite the land, but it also contains a hypothetical route for each one if you accomplish certain tasks during certain missions. There is Ambition mode, which might be somewhat familiar to those who have played any of the DW: Empires spinoffs as you try and build up your own state to welcome the Emperor. Challenge mode puts several restrictions on your character in order to accomplish tasks and unlock all kinds of goodies. Free mode allows you to mindlessly mow down enemies and replay missions without thinking about the story ramifications, and then there’s the Gallery and Encyclopedia modes which are for nerds like me who are very much into the actual history/literature that this entire franchise is loosely based on. 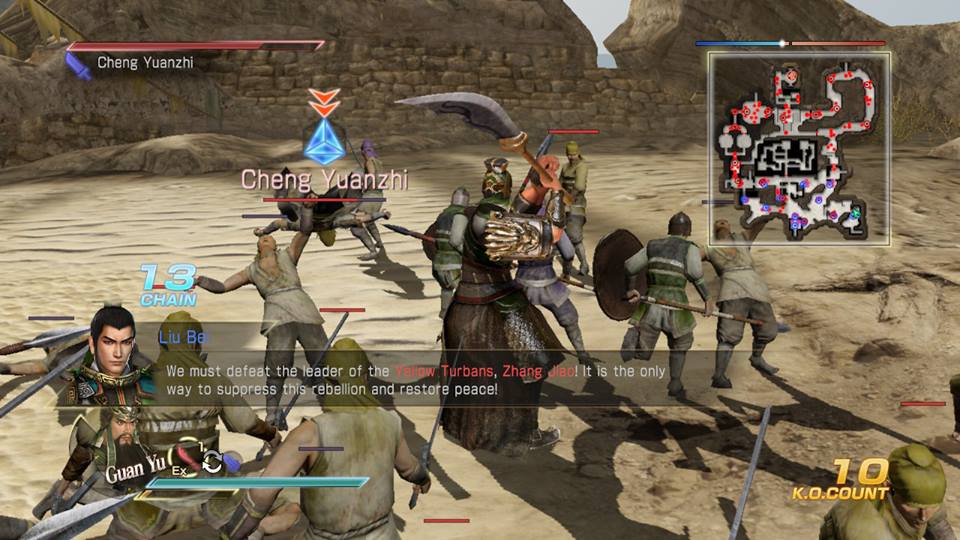 This game, alongside Warriors Orochi 3, is hands down the most fun I’ve ever had playing a Warriors game ever and that’s coming from a guy who has played quite a few of these. The graphics carry over extremely well to the Switch, with only a hiccup or two in places if you try to do super duper special moves when there is an abundance of people on the screen and even then, it’s mostly only in handheld mode. One of the factions you get to play as is led by Lu Bu, the most feared and powerful warrior in the entire game, meaning you can craft your own story with China’s answer to Achilles taking the throne.

If you have Warriors Orochi 4 data on your Switch, you get an extra 100,000 gold, which comes in ridiculously clutch in Ambition mode, where I spent most of my time after realizing what it was exactly. The charm that was missing from Orochi 4 is all over this game, particularly in some of the DLC costumes, which not only include the ability to change every single character to not just any costume or model they had in previous games, but also a bunch of fun bonus suits inspired by works like Beauty and the Beast, Wizard of Oz, Three Musketeers, Journey to the West, and even Power Rangers. The DLC isn’t just for dope threads, though, as some bonus weapons are also included that can make certain characters all but broken and you don’t have to pay an extra dime. 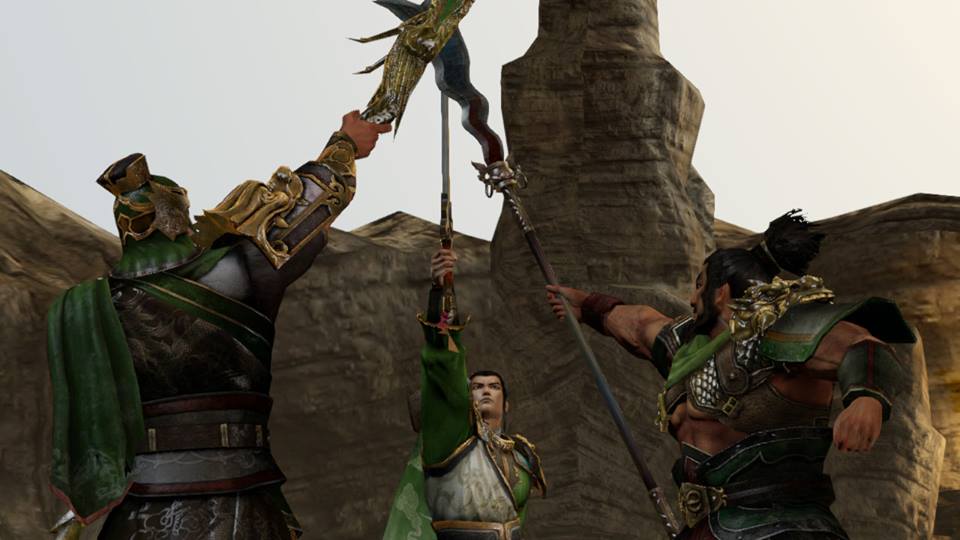 The only real drawbacks for this version is the previously stated loading snafus that can show up, but they’re mostly in incredibly specific places. There may be occasional long loading times right before a battle begins as the gatekeeper opens the gate that might make you question if the game is frozen, though. The small font size on text during battle can be a bit of a pain to read in handheld mode, especially with how much dialogue can sprawl across the chaotic screens.

The game is also a digital download exclusive, and for a game with this much material in it, it will take a bite out of your Switch’s internal memory. 15.8 gigs in fact, so I highly recommend getting an SD card if you wish to pursue this Lu Bu. But that’s basically it as far as anything changing over for the worst. Any critiques on things like the stiff writing and love-or-hate portrayals of the iconic characters are not new to this particular port nor this game itself or even this franchise as a whole.

While I think I’m very easy to please, the Dynasty Warriors games are hit-or-miss with a lot of players. This game slashes a lot of nails on the head and excels in so many areas that the most recent releases seem to have forgotten about. I just hope taking a look at this game reminds Omega Force and Koei Tecmo what is supposed to be at the heart of a Warriors game and the Warriors series.

Verdict
Dynasty Warriors 8: Xtreme Legends Definitive Edition may be the very best Dynasty Warriors game out of twenty years of choices and now you can take pseudo-historical one-man armies with you on the train. Dangerously close to being the perfect Warrior.
8.5