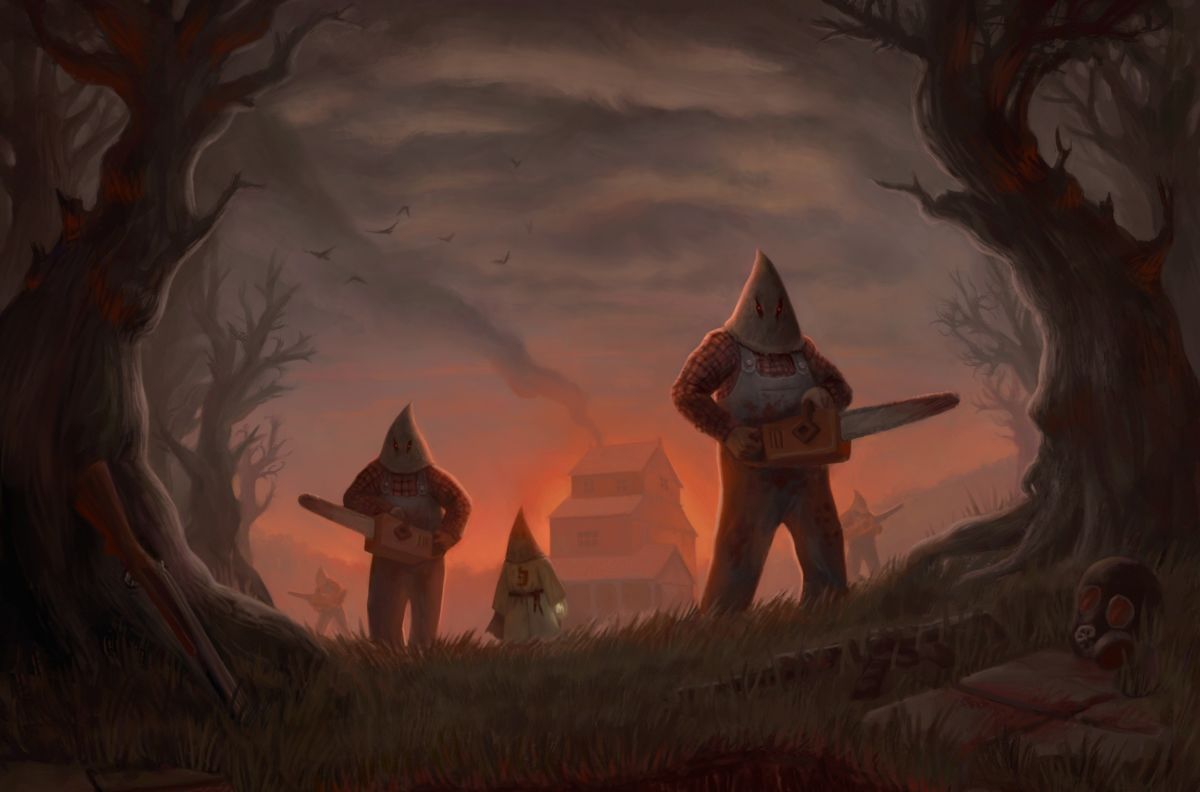 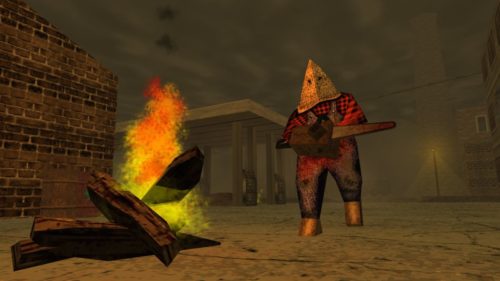 When writing a video game review, the reviewer has to find a way to quantify their experience into a structured argument. What is it about this particular video game that sticks out? How much do the graphics matter? What kind of focus should be placed on the story? And where, among all the sensory questions of how a game looks, sounds, and tells its story, does the reviewer bother to mention how it actually feels to play the game?

DUSK, originally released on PC in 2018 and out for Nintendo Switch last week, makes this process much, much easier by being, above all else, an absolute blast to play. While playing DUSK, all concerns about structuring an argument and organizing my priorities melted away amidst the digital screams of the damned and the endless refrain of shotgun fire. To put it in terms used by the middle schoolers whose notebook doodles of heavy metal excess and goofy demonic ultraviolence are the inspiration that stuffs DUSK’s sausage, DUSK on the Nintendo Switch kicks ass.

DUSK is a first-person shooter borrowing with obvious affection from the classics of yesteryear, namely DOOM and Quake. Your nameless character awakens to find their home under attack from chainsaw-wielding intruders, and picks up two scythes to give them a less than cordial lesson in manners. You move through three episodes, each with ten levels, ripping and tearing your way through wave after wave of enemies. The story, while hardly complex, does facilitate some neat twists as the first episode’s mostly rural settings give way to military bunkers, government labs, cult hideouts, and much more bizarre and foreboding settings over the game’s 30 main maps (as well as additional secret maps for the dedicated hunter).

Graphically, DUSK continues its thorough homage to the forerunners of the FPS genre with blocky, minimally-detailed visuals that look like they’d be right at home on hardware from the end of last century — that’s not to say designer David Szymanski didn’t apply himself. Rather, a lavish amount of energy and effort has been spent to make DUSK’s environments and enemies convey their menacing auras and inhuman terror within the constraints of historical faithfulness to bygone, 90s PC/PS1-esque visuals. The creation of DUSK is like an extremely gifted artist forging an “unknown” classic by Dali or Van Gogh. The style might be recognizable, but for Szymanski to make such a vivid recreation of the pre-existing style, he clearly has the chops to deserve credit.

For players who want to even further deep-fry the visuals in order to make the game really look like a lost relic, DUSK has a host of customizable variables that can alter the color-grading, pixelation, color palette and more. There’s a clear amount of care and reverence for these now-outdated visual styles. DUSK is, in this sense, like a historical re-enactor or a virtuoso sword fighter at the Renaissance Faire, celebrating its own being-out-of-time.

Andrew Hulshult’s soundtrack is likewise a thing of beauty. Tracks can range from ominously understated soundscapes that keep you from ever feeling fully at ease, to death metal speedfests that help kick the combat’s power fantasy immersion into high gear. The soundtrack also keeps pace with the episodes’ narrative progression, as the sounds convey your progress from one world into all the others to come.

That’s how it looks and how it sounds (I told you they always come up), but how does it play? Well, DUSK kicks ass, so it plays very, very well. You have a tremendous amount of speed, and you’ll need it, as enemies can swarm you in moments if you aren’t paying attention. Crowd control and spacial awareness are absolutely key here, but the game never feels like it’s cheating or asking you to do anything impossible.

You’ll often be tasked with finding various color-coded keys to unlock corresponding color-coded doors, which fans of Doom will find familiar. The maps are all ingeniously-designed and rewarding to poke around in as you bob-and-weave your way around floating cultists throwing fireballs. Every map has multiple secrets tucked away to discover for the completionists, but even those who aren’t trying to 100% the thing will enjoy scouring every hellish corner of these levels.

When it comes to actually shooting all of these monsters,DUSK’s combat and weapon-feedback have been sharpened to a demon-stabbingly fine point. Guns are extremely responsive and aiming on the Switch, both with Joy-Con and Pro Controller, feels attentive and precise. However, the game does offer additional auto-aim options, as well as multi-tiered difficulty sliders, if you’re having trouble lining up a shot. DUSK wants to make sure anyone and everyone can have fun stepping into its war zone.

The enemy types are highly varied, and their designs do an excellent job telegraphing their strengths and weaknesses. Enemies that fire projectiles will often fire some warning shots while far away when you first encounter them, meaning you have time to parse out what you’re up against, and melee-focused enemies always have clearly-visible weapons to avoid. New enemies pop up fairly consistently throughout the entire game, meaning you can never have a chance to get bored or too familiar with their attacks.

While playing Dusk, I felt like it was itself some sort of cursed artifact. These shapes and colors flashing on the screen were warping my mind, turning me into the kind of bloodthirsty thrall of Satan that so many parents worried about when Mortal Kombat was being discussed on C-SPAN. Every element works in tandem to suck you into its low-poly, hyper violent world as you go from being scared and wounded, on the defensive, to a snarling hell-beast in your own right with full ammo and a thirst for 90’s era digital viscera.

The Switch is an excellent new home for DUSK. While playing it docked, I didn’t experience any technical hiccups or performance issues, and the game’s quicksave/quickload functions work like a dream (just don’t forget to quick save if you don’t want to start each map over every time you die). In handheld mode, DUSK still worked great, and being able to relax in bed while blaring the score’s heavy metal and slugging a demon alligator with an assault rifle was an immaculate experience. This is the exact same benefit of porting any game to Switch, but that doesn’t change the fact that it’s true.

It’s not an entirely flawless victory, though. Some later maps involve environmental puzzles that can flip you around and make your character tumble through the air, which made understanding just where the heck I am a bit of a challenge. Later, the game sort of stops coming up with inventive levels and starts throwing bigger piles of enemies at you, which takes the wind out of DUSK’s sails so close to its climax (which, in fairness, gains the wind right back). Some levels also hinge on stumbling around in the dark without any means of seeing where you’re going, a gimmick that works better in concept than in execution.

Still, I can’t remember the last time I played a game that bypassed the hyper-analytical part of my brain the way DUSK has. It looks like a game, but it’s really some kind of sigil, which channels the dark powers of its thematic and mechanical predecessors and can charm even the most FPS-averse among us into a top tier slayer. And now, it can be on a handheld.

Verdict
DUSK has found a fantastic home on the Switch, where its top-tier throwback FPS can bloom in all its bloody, wretched glory.
8.5
Cultured Vultures is a pop culture website established in 2013 covering all things gaming, movies, and more. We eat your words.
All The News On The Biggest Games