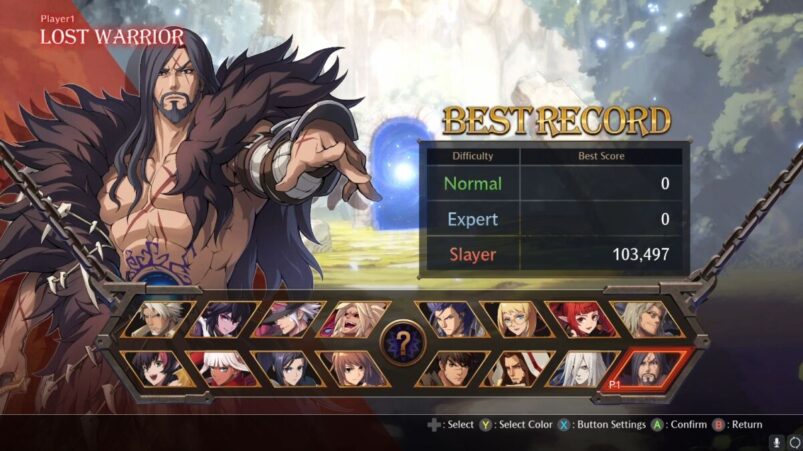 DNF Duel is a flashy one-on-one anime fighter and is Arc System Works’ latest effort to bridge the skill gap between the genre beginner and veterans. While the vast majority of unlockable content is done so in the Gallery mode by redeeming coins you earn through gameplay, the Lost Warrior and his hidden boss form, however, is a different story.

You will also unlock his tutorial mode, which does a good job of showing you some basic fundamentals and flashy combos. With his unique teleportation and time-based fighting style, this character makes for a fun and powerful-feeling secret character. Unfortunately, the Lost Warrior doesn’t have a story of his own.

How to Fight the Strengthened Lost Warrior

While the Lost Warrior is always the final fight of both the Story mode campaigns and the Arcade mode runs, there is a secret version of the character that you’re able to fight as well. If you manage to get through your Arcade mode run without losing a single fight, you will fight a different looking Lost Warrior at the end of it.

This version of the time-stopping fighter is incredibly difficult, however, and will require your best efforts to defeat. Make sure you practice your combos, since the best way to beat this secret boss character is to know how to start combos reliably and maximize their damage. It makes keeping a high Arcade mode score one that’s boast-worthy, but the strengthened Lost Warrior will always award an achievement upon his first defeat.