With 2018 in the rearview, here are the new authors who are bound to make an impression in 2019. 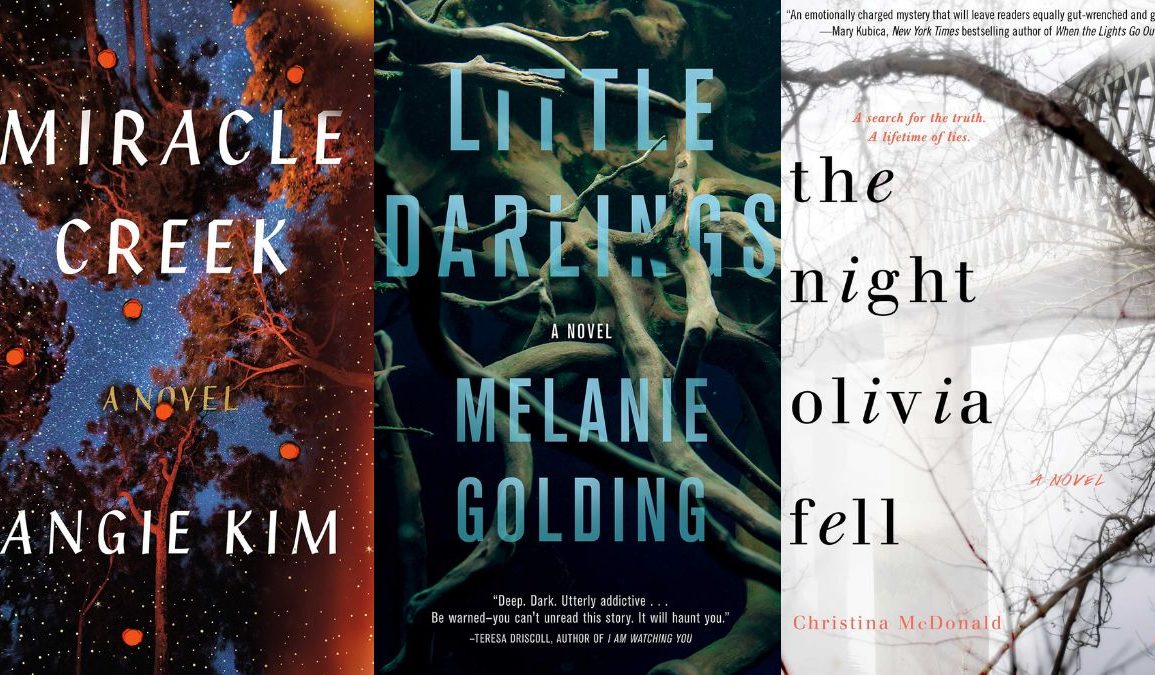 Home
Books
10 Debut Novelists To Watch Out For In 2019

Now that it is 2019 and the holidays are over, we are back to the familiar arms of work and deadlines – well, at least for me. However, we must remember that all the work in the world must not distract us from our reading endeavours. So here’s a list of debut novelists and their books out in 2019, a list that will hopefully spice up your year.

When the book cover boasts a review from Megan Miranda, author of All the Missing Girls, and it includes the words “completely riveting”, you know you are in for a treat. Unless Miranda is lying; she does write fiction for a living. The murder/mystery female-driven narrative market (what a mouthful) has been a tad saturated since the success of Gillian Flynn’s Gone Girl, but the early reviews are definitely in Collins’ favour. Collins is no stranger to the world of writing, being a published poet as well as a short stories author. Her ability to dabble in different genres is extremely commendable and it will be interesting to see if she continues to stick to the same murder/mystery genre or diversifies in the future.

Erin Bartels is no stranger to the world of writing, having published short stories and poetry before. Her debut novel revolves around the lives of three women connected by blood, living through tenuous moments in history like the Civil Rights movement and the 1967 Detroit Riots, before concluding with the final timeline of the present (which is tumultuous in its own way). It is not an easy thing to create an intergenerational novel that spans across such great lengths of time, helmed by three different narrative voices, so I guess Bartels must be some kind of overachiever. Don’t believe me? She has another book coming out in September 2019. Let’s hope her second novel will be able to weave the same magic and have just as much dazzle as her debut.

With a title like this, the subject matter obviously has to be time travel. If you have any doubts, it would vanish the moment you saw the time-loopy (for lack of a better word) cover. I enjoy a good sci-fi novel, especially when the focus is still the human factor and the world is not completely subsumed into the cold, hard facts of Science. The last sci-fi gem to blow my mind was Blake Crouch’s “Dark Matter”, and it looks like Chen’s debut novel is about to do the same. Chen’s writing is described to be “emotional” and “technologically superb”. That definitely sounds like the type of writing you want to have on your bookshelf.

The last time I read a courtroom drama novel was probably during my John Grisham obsession. Angie Kim feels like a writer who is going to bring that obsession back. Moreover, she is a graduate of Harvard Law, and practised as a trial lawyer in the law firm Williams and Connelly, so you know the book will possess the necessary gravitas to sell the authenticity of the courtroom. Not only that, the narrative’s focus is on a Korean immigrant family and the struggles they faced coming to settle in America, something that is based on Kim’s own experiences. The first rule of being a writer is to write what you know, and it looks like Angie Kim has taken these words to heart and crafted a spell-binding novel from it.

5. Andrea Rothman – The DNA of You and Me

It would seem that Rothman is following the same advice Kim has taken to heart. She, too, is writing what she knows. Before her venture into fiction, Rothman worked as a research scientist and was awarded two individual grants to study the sense of smell. The sense of smell is the main feature of her debut novel, as well as what it means to be woman working in a STEM field. It is reminiscent of the thematic insights of Susan Glaspell’s The Verge, though of course reflective of a more modern woman perspective. It is a story about science and research, and it is also one of love – Rothman handles both aspects with a deft hand.

Reading the synopsis of Guadagnino’s debut novel, you would think it is a titillating, bodice ripper type of scandalous read. While there is lust and sexiness in its themes, Guadagnino has nonetheless crafted a sound piece of historical fiction – which is well-written and well-researched. She perfectly captures the 19th century society of New York, with the novel exploring female relationships, the plight of the immigrant as well as ideas about class and position in society.

McDonald’s novel is described to be in the vein of Liane Moriarty’s Big Little Lies, which is to the reader’s taste if female-driven narratives are your thing. Just like Big Little Lies, it deals with a central mystery: Why did Olivia fall off the bridge? The desire for an answer to this becomes Abi’s (Olivia’s mother) motivation as she investigates the events that led to her daughter being on that bridge. Early reviewers are already pretty mind-blown by McDonald’s debut, and if she is starting her writing journey with such a strong effort, we can pretty much expect better and bigger from her in the future.

They say never judge a book by its cover. If we had to, the cover of Lim’s book is pretty enough for me to pick it up. Given the success of Kevin Kwan’s Crazy Rich Asians last year, Lim’s book has stellar timing. No one has been privy to the finished product yet, but the book is already receiving praise, with readers looking forward to its debut, eager to sink themselves into Lim’s crafted world of enchanted recipes, which promises to be both magical and delicious.

This may be Melanie Golding’s first book, but with the reception it has received, Golding is proving that maybe you can hit a homerun on the first try. With echoes of changeling folklore and Charlotte Perkins’ The Yellow Wallpaper, Golding’s novel deals with a mother who is convinced that her children are not her own. Is it all in her head? Or is she seeing something everyone else just can’t? The book has already been optioned for the big screen, so if you enjoy the book, that would be something to look forward to.

If this writer sounds familiar to you, then it is possible you might have seen his name in relation to the films The Devil You Know and The Con is On — he has screenwriting credits for both. With this debut novel, Michaelides proves he is not a one trick pony, adjusting his skills to suit the more detailed narrative that prose requires. This novel helps cement that the market for mystery/murder female narratives has indeed been popular of late. I’m not complaining though. The novel deals with a criminal psychotherapist’s fascination and delving into the reason behind a woman randomly shooting her husband five times in the face. However, finding out why is no easy feat because she refuses to utter a word – hence the title. Let’s face it, this is not an answer the psychotherapist seeks alone, although if a wife shot her husband in the face, I am going to take a stab in the dark and say he probably did something wrong. So if you want to know how it all pans out, Michaelides is the debut novelist for you.