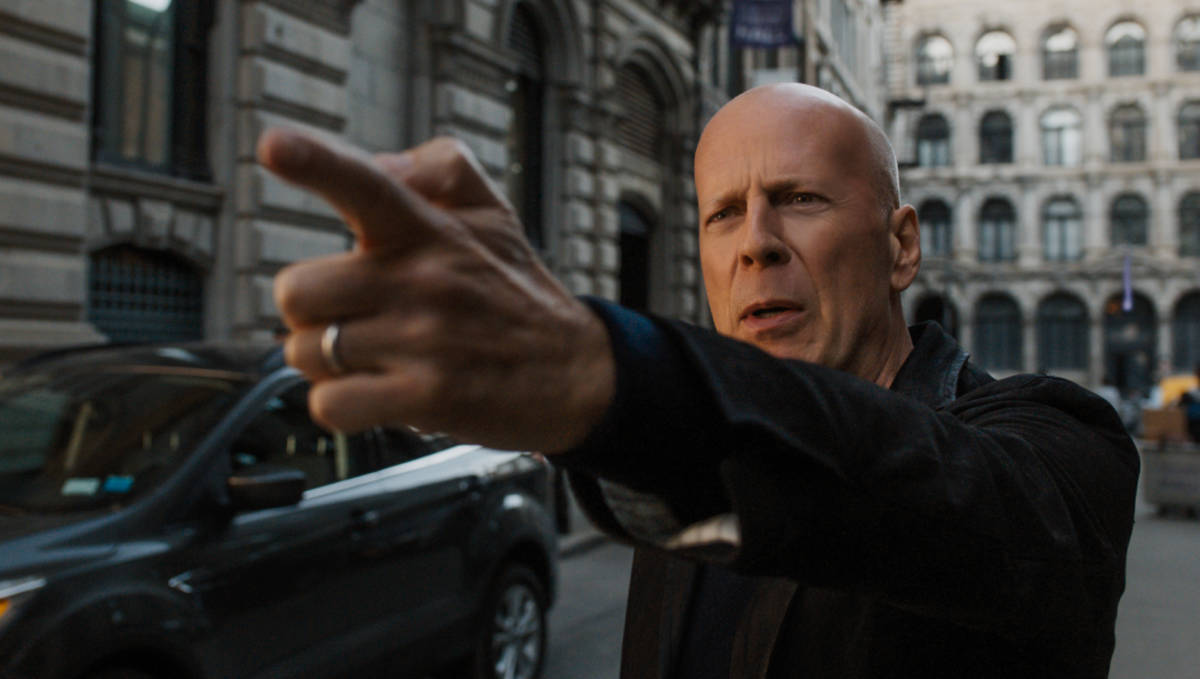 The experience of viewing Death Wish can be described as awkward at best. Part of it is the timing, which is even more disturbing than usual. The horrifying truth is that it’s the rare action film that won’t be released around a mass shooting, so frequent have they become. But the timing of Death Wish is especially tone deaf due to the Parkland shooting, which has left 17 teenagers dead and inspired many of the survivors into activists for gun control.

So it’s especially egregious to watch trauma surgeon Paul Kersey (Bruce Willis) go on a blood-drenched quest for vengeance after his wife (Elisabeth Shue, doing a lot with almost nothing) and daughter (Camila Morrone) are shot in a home invasion gone wrong, leaving his wife dead and his daughter in a coma. Remarkably, it actually makes the 1974 film look better, bolder, and even less racist. At least the original knew and acknowledged some of what it was arguing, even if it made you want to punch every one of the oblivious, privileged white jackasses who made them.

But this movie refuses to even think racism is involved or really contemplate the ugliness of what we are capable of inflicting upon each other, let alone the true consequences of what it’s advocating. The original movie was full of rage, but that rage fit in a city facing one of the worst economic crises in its history, rampant crime, and the seeming inability of any its inhabitants to care about each other. Small wonder that the complete breakdown of the social order seemed near at hand. Unlike Bruce Willis, Charles Bronson’s former conscientious objector didn’t need to take a train to find people who were terrorizing the city. He just had to take a walk in his neighborhood after sundown.

Transferring the action to Chicago is especially insulting, and not just because it’s the city I happen to reside in. Mentioning shootings that take place here and trying to paint it as a “city of death” is the first sign that this movie is for people who want to make America great again. There’s a reason this Chicago feels all but unrecognizable even after local landmarks and references are incorporated. When I first moved here and was dragging around a heavy suitcase, people took care to point out elevators, helped me through the turnstiles, and even reached out to steady me when I almost lost my balance on the actual train. So the fact that a man could be beaten up in broad daylight near downtown with nobody doing anything does not seem remotely realistic. Yes, this is a big city that has big problems. But there’s also a lot of good being done every day.

And unlike this oblivious pile of crap, the original Death Wish knew that violence had a cost. When Bronson’s wife and daughter were brutalized, the movie showed how it reduced his daughter to a shell of the person she was, while Bruce Willis (spoiler ahead) gets to watch his daughter lie quietly in a coma, then wake up practically the same. Bronson never even found a lead on the crazed, cartoonish lunatics who hurt them, one of whom was a very young Jeff Goldblum chewing up the scenery in the few minutes he spent on-screen. But Death Wish not only gives Willis the opportunity to track down the criminals who took away the manhood it’s made clear he lacks, it gives him a second chance to protect his child when one of them returns to once again invade the sanctity of his home. His daughter is never more than a damsel in distress, all her self-defense training coming to nothing, since apparently all she needs is a strong man to man up and do his manly duty. In a hoodie.

Yes, Death Wish is that fucking oblivious, that fucking clueless. Come to think of it, it probably knows exactly what it’s saying, it merely encodes it and puts a few white criminals in there for the sake of appearances while every person of color gets to be a victim, a criminal, or just inadequate. This movie is for the same people the original was, it’s just more glamorized, with all the latest tech and toys we have available, including a very ill-advised reference to the gun used in Parkland shooting, the AR-15. Director Eli Roth (Cabin Fever, Hostel, The Green Inferno) is able to make some of this to go down with a hint of satirical humor, but even the best director couldn’t stop this from looking like an NRA ad.

When all is said and done, it’s not this movie’s existence that will be a measure of how far we’ve come, it’s the aftermath. The 1974 film not only spawned numerous imitators, but four sequels. What will it say about us if this one does the same?

Verdict
Bruce Willis gives us the action movie nobody needed, especially not right now.
3
Cultured Vultures is a pop culture website established in 2013 covering all things gaming, movies, and more. We eat your words.
All The News On The Biggest Games