A superbly written and directed drama with strong, engaging performances throughout. 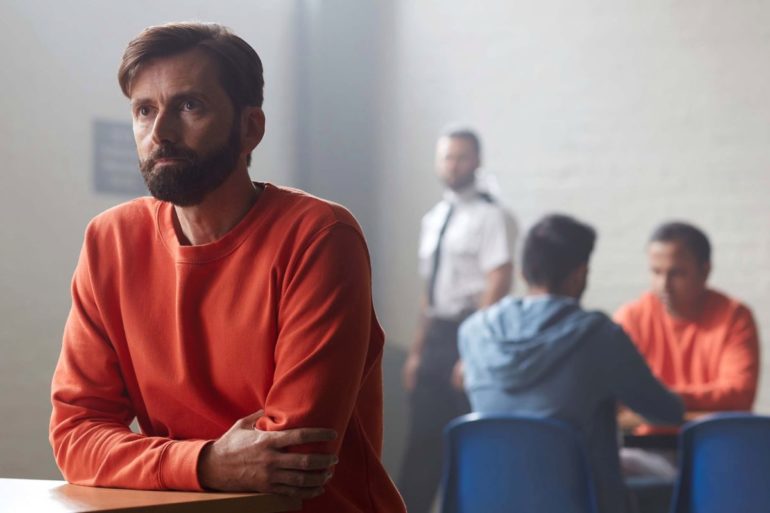 Channel 4’s latest drama focuses on a terrible tragedy that befalls a family in a rural Scottish village. The core focus of Deadwater Fall centers on husband and wife Tom and Kate and their best friends Jess and Steve. When a fire breaks out in Tom and Kate’s house, Steve ventures into the burning building and manages to rescue Tom. Unfortunately, it is already too late for Kate and their three children, having presumably died of smoke inhalation. However, as an autopsy is carried out and the fire investigated, it becomes clear that there is much more going on than initially meets the eye.

The opening shots show Tom and Kate’s house in the aftermath of the fire. Although it technically gives away the main event that occurs later on in that episode, it generates a sense of uneasiness and tension through the arresting shots of burnt and blackened furniture and half collapsed ceilings and walls. This is further enhanced as the events then jump back to before the unfortunate incident has taken place.

This is one of the most effective techniques Deadwater Fell employs. Telling the events out of order and jumping backwards and forwards in time creates some really powerful imagery. It builds up a real sense of dread and foreboding, as you know that it’s going to take a turn for the worse. Furthermore, there is some effective juxtaposition and tone shifts. It doesn’t feel uneven thanks to clever editing and is used to grab your attention. A perfect example of this is when the children’s toys and clothing are being photographed in a lab. These colorful items, which are usually associated with an innocent child, take on a decidedly sinister nature when placed on a steel table under harsh fluorescent lights.

Although the devastating fire in the opening episode is clear from the outset, how it began in the first place isn’t. The mystery of the blaze provides intrigue, and as the programme develops more and more, secrets start to come to the surface. While some of them are a tad predictable thanks to some slightly obvious clues, others will come as a genuine surprise.

This is primarily explored through the characters and as events develop we begin to see cracks and problems in the various relationships. This is conveyed well through a number of great performances. The writing does feel a little on the nose at certain points, though a few of the scenes where Tom and Kate are arguing in front of Jess and Steve make sense in showing their relationship issues, but lack the appropriate authenticity. Although people can be blunt and rude to one another, they usually refrain in the company of others. Thankfully, the lead actors are good enough to stop it from veering into soap territory.

David Tennant is an actor that I have been very impressed with in certain productions and extremely disappointed in others. In Jessica Jones, for example, he played the part of a controlling, sadistic and creepy villain perfectly. Whereas in Doctor Who, he was far too over the top, shouty and highly irritating. In the case of Deadwater Fell, I am happy to report that his performance is the former of the two. He gives a remarkable performance throughout, and his character Tom becomes more and more unstable and unsettling as the episodes continue to develop.

Like his role in the Netflix series Criminal: United Kingdom, Tennant effectively manages to create doubt over whether he is innocent or guilty. In both performances, there is obviously something he is hiding, though it’s unclear if he is indeed guilty. Through a combination of clever writing and a solid turn from Tennant, his character is dislikeable but not necessarily responsible for the death of his family. This uncertainty is further reinforced by secrets about the other characters coming to light, as well as their own apparently dubious decisions.

Close friend of the family Jess is another very well written character and brought to life brilliantly by talented actor Cush Jumbo. Although she too has her own secrets, there is something undeniably likeable about her as a character. There is a mixture of strength and vulnerability Jess possesses that makes her engaging to watch. The fact that she is deeply flawed makes her all the more authentic and relatable. She hasn’t been completely honest with her husband Steve and betrays best friend Kate. Jumbo really effectively conveys her feelings of guilt, anger, shame and grief, making you sympathize heavily with the character, despite the bad things she has done.

Steve is a bit more problematic as a character. Matthew McNulty gives a really impressive performance and there is a lot of good character development. But some of Steve’s decisions and reactions seem a tad unrealistic and farfetched considering he is a police constable. He breaks the law on a number of occasions, not making enough effort to cover his tracks and his punishment for doing so seems surprisingly lenient. Although they work successfully in terms of clever plot devices, it lacks the appropriate realism and authenticity. He would have approached the situations more rationally and sensibly in the first place, and there would have been more severe repercussions for his reckless actions.

One aspect that Deadwater Fell does achieve well is the emotional impact on Steve. In the first episode, he is the one to venture into the burning house to try and save the family. He is only able to save Tom and has to live with the deaths of the rest of the family on his mind. As a result, there are a number of occasions where he suffers panic attacks. McNulty’s performance in these moments is really intense and impacting, and as he hyperventilates and breaks down you really experience his panic and total loss of control.

Later on in the series when he learns a certain shocking revelation about Jess, he turns to alcohol as a solution. There are moments where he flies off the handle and lets loose a torrent of heated emotion, but, for the most part, he withdraws into himself. By pushing down and repressing these emotions, it has a negative impact on his decision making and ability to think clearly. Then when it does eventually bubble to the surface, it serves for a raw and resonating outburst that McNulty delivers strongly.

Kate (Anna Madeley) is a character who is presented entirely through flashbacks. In terms of storytelling and narrative twists this benefits the show, as her motivations and decisions are unclear. This reinforces the mystery elements. The downside is that her character doesn’t feel as well fleshed out as the others. You certainly sympathize with her and those feelings continue to grow as the episodes develop. However, because she only appears on screen now and again, you never fully get invested with her character. It would have been nicer to see a bit more development but it’s clear why her screen presence is limited.

As mentioned previously, the editing is one of the strongest elements of the show. Along with the writing it’s craftily used to mislead the viewer at first. Then later on the truth is revealed, resulting in a few well executed cliffhangers at the close of some of the episodes. The flashbacks are nicely integrated and are dropped in at key points in the episodes, only letting you glimpse part of the overall puzzle. You learn a bit more about the truth each episode but not enough to form a fully complete picture. Admittedly, the final revelation of who was responsible for Kate and the children’s deaths is revealed a little too early, but up until that point it’s well paced and structured.

The strongest aspects of Deadwater Fell are the character writing and development, as well as the blistering performances from the main cast. The internal conflicts and struggles the characters face are perfectly executed throughout all four episodes. The mystery elements such as numerous red herrings and hidden secrets provide a decent level of intrigue and suspense.

At points it does start to feel that there are too many twists and it is overly convoluted. But thankfully it begins to narrow its focus more in the later episodes. The various threads and storylines previously established come together to form a more complete picture. The show hones in on the real mystery of the fire and although other sub narratives still continue, the main attention is discovering who is the responsible perpetrator.

Deadwater Fell is a highly engrossing and impacting piece of drama. There is a decent level of mystery and intrigue which is sustained throughout thanks to effective editing and a solid script. The characters are very well developed and even highly relatable at times, making for an investing watch that allows you to overlook the handful of moments where the storytelling slightly misses the mark. 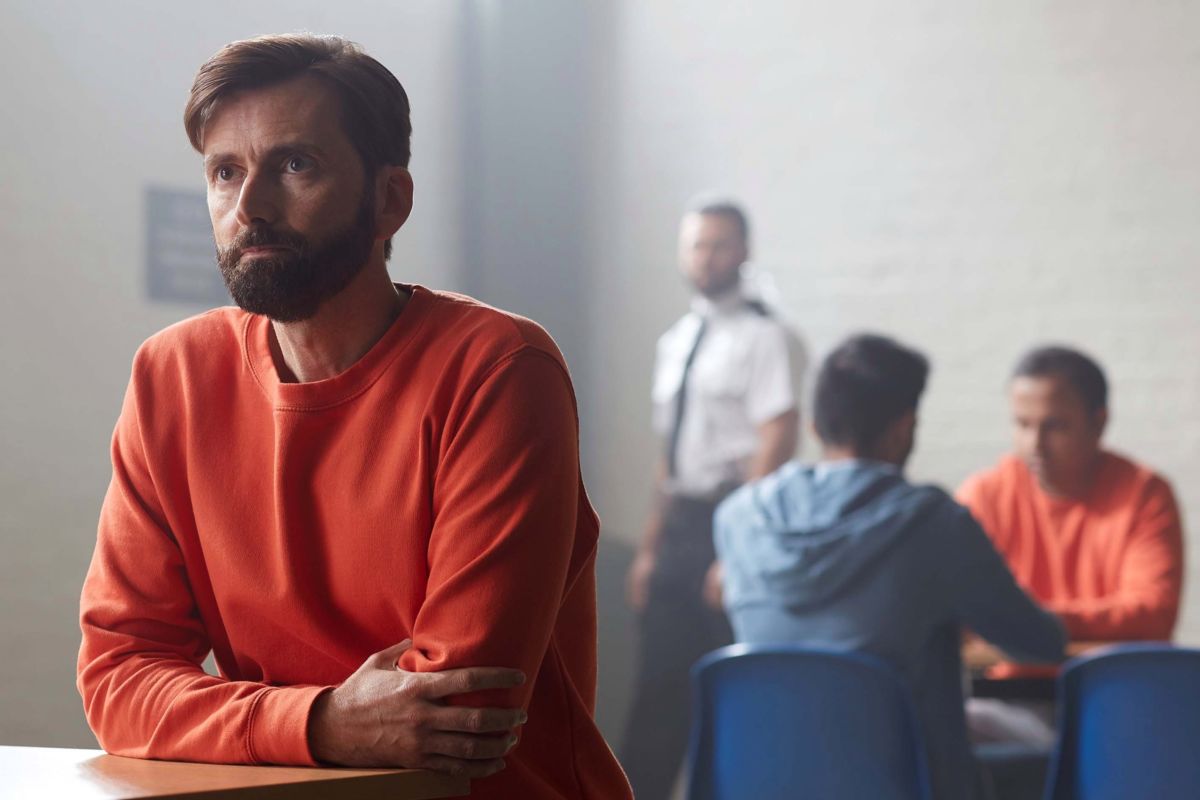 Verdict
Although there are a few minor inconsistencies and a slight overuse of red herrings, Deadwater Fell is a superbly written and directed drama with strong, engaging performances throughout.
8
Cultured Vultures is a pop culture website established in 2013 covering all things gaming, movies, and more. We eat your words.
All The News On The Biggest Games