They rolled a natural 20 to our hearts and minds, and now The Legend of Vox Machina can continue in animated form. 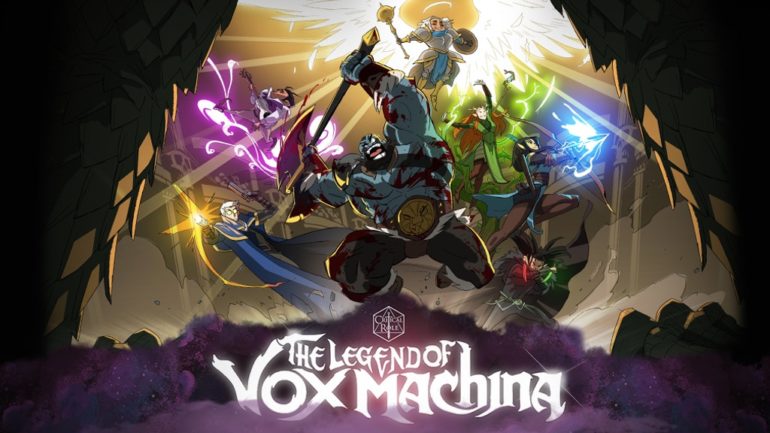 In just under eight hours, the Kickstarter for Critical Role, a weekly Dungeon & Dragons show streamed on Twitch every Thursday night, has raised over four million dollars to fund an animated special, The Legend of Vox Machina, featuring the characters from their very first D&D campaign.

With the original target being $750,000, this target was broken as they reached $1 million in less than an hour and are currently over $4 million with 44 days still to go before the Kickstarter ends.

The Critical Role team are comprised of a group of voice-actors for both video games and animated television. They comprise of the Dungeon Master, Matthew Mercer (who has voiced Leon Kennedy in Resident Evil and MacCready in Fallout 4), Marisha Ray (worked in various games including the most recent Far Cry instalment), Laura Bailey (voicing Kid Trunks in Dragon Ball Z and numerous video game characters including Nadine Ross in Uncharted), Travis Willingham (the voice of Roy Mustang on Fullmetal Alchemist, as well as appearing as Kingpin in the most recent Spider-Man game), Liam O’Brien (regularly appearing in video games and cartoons to direct as well as voice), Sam Riegel (as well as being in video games, is also an Emmy award winner), Taliesin Jaffe (appearing in many games like Fallout 4 and Red Dead Redemption, as well as voicing the Flash in Injustice 2) and Ashley Johnson (better known as Ellie from The Last Of Us).

The first episode of the original campaign of Critical Role was released on 24th June 2015 via Youtube on the Geek and Sundry channel, with the conclusion happening on the 25th October 2017, over two years since the first episode. Their Twitch channel has over 195,000 followers, and as demonstrated, the fanbase is supportive of the content that comes out.

The Kickstarter had originally promised 22 minutes of original animation, featuring not only the voice talents of the cast, but that their story would be co-scripted by Jennifer Muro, who has written for Star Wars: Forces of Destiny and Justice League: Action. It will also be animated by Titmouse Animation, who have done animation for shows including recent Netflix sensation Big Mouth.

However, as this goal has now been absolutely accomplished, Critical Role have stated they can increase the animation to 88 minutes. Whether they do this in one swoop as a short movie or as a series is yet to be seen. Indeed, there is still time for more funding to come in for the project, so it could be that even more minutes are added.

Critical Role released a trailer showing off the animation style as well some glimpses of what the show will look like. Their Kickstarter is constantly being updated and also has a list of FAQs. With 44 days to go, it’ll be interesting to see how much more funding goes into the show, but it shows how popular Critical Role is and arguably has helped the resurgence of Dungeons and Dragons as a whole.

The animated show is expected to be released in Autumn 2020.