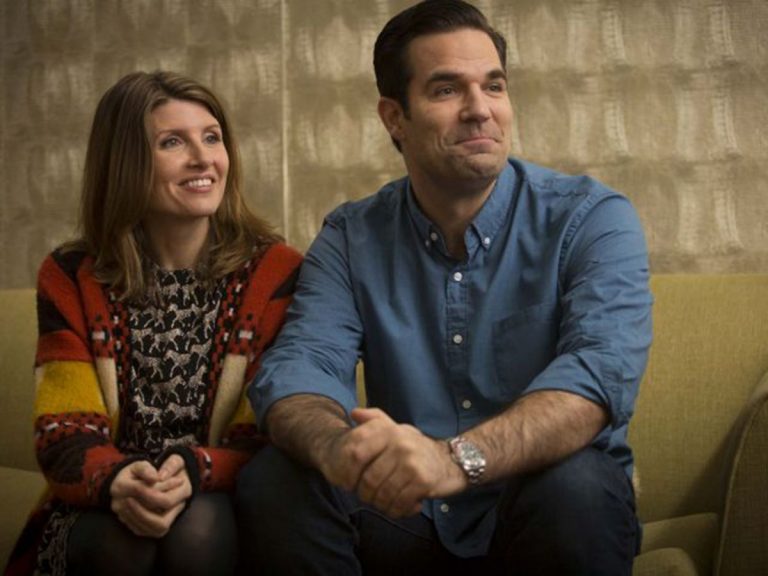 It’s only March, but 2015’s best television show has already graced us with its presence. Catastrophe is the lovechild of acclaimed screenwriter Sharon Horgan and Rob Delaney, ascendant star of stand-up comedy and owner of the finest facial hair in show-business. The sixth and final episode of the show’s first season rolls out on Channel 4 tomorrow and then it will be gone, and I will be sad, as each episode has felt like a hug.

The show’s plot deals with the aftermath of a passionate fling between an Irish schoolteacher and American advertising executive in London on business. Weeks later, the former discovers she is pregnant, and the latter relocates from the US in order to support her. From that point onwards, the pair endeavour to make the best of it and hijinks ensue.

Catastrophe ticks all the immediate boxes of any good sitcom: it’s laugh-out-loud funny and brilliantly cast with a warm, believable chemistry between its two leads. Each episode is short and punchy and never outstays its welcome or insults the audience with cheap sentiment. What endears it to me most, though, is what it recognises about the human condition, namely that none of us really know what we’re doing, and life is a bizarre kaleidoscope of ups and downs that we have little – if any – control over.

Rob and Sharon (those are their character’s actual names) did not even mean to meet each other, let alone have a baby. Their lives have been turned upside down, but they are choosing to see the glass as half full and plough on regardless. They decide to keep going because sometimes that’s the only viable option any of us has. And in doing so, their mutual affection grows, and they begin to realise, bit by bit, how much they need each other.

Catastrophe’s honesty also extends to the protagonists’ environment; their friends are difficult and unsupportive, as friends can sometimes be. Their families barely understand them, as families often don’t. Their jobs don’t always bring them fulfilment or satisfaction. The London that they live in is not some Richard Curtis-esque paradise of glittering landmarks and 80s pop songs but a place where nighttime revellers stumble around pissed by the South Bank, dogs shit in the street and couples tell each other to fuck off in broad daylight.

The show doesn’t pretend that anything about our existence is particularly comforting or reassuring, but it does remind us that accidents, happy or otherwise can bring us together and that in the midst of those accidents, maybe we can find a way to make things work. Catastrophe’s message is loud and clear: there is disappointment and frustration to be had at every turn, but if we can find the means to rise above it all, there are big rewards to be had. When was the last time you watched something that made you feel that?

Mercifully, a second season will soon be underway, and the show is even being exported to the United States, where it will air exclusively over there on Amazon Prime. All episodes are currently available for your viewing pleasure over on 4OD. Devour them all and pray it won’t be too long before there is more Catastrophe in our lives.