Home
Movies
10 Best Movies of 1975 You Should Watch
Movies

The year a shark scared people who didn’t even live by water. 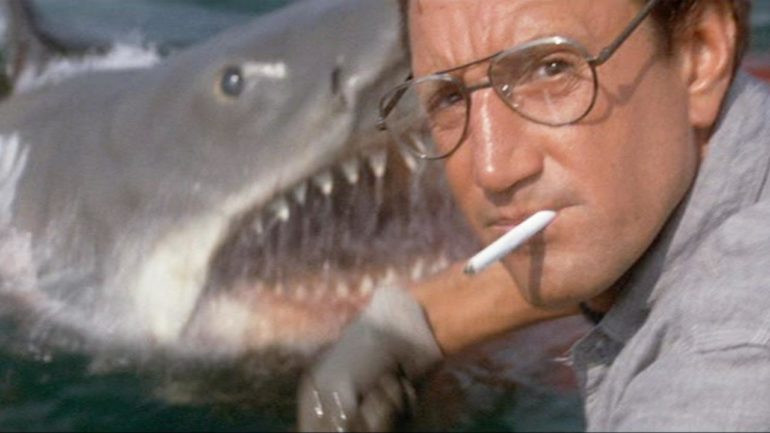 Remember when Saturday Night Live was genuinely funny? I don’t — it was way before my time. Just as that show made its debut in 1975, a lot was happening. Some of it was good, most of it was bad.

The Vietnam War was ending. Deflation in the USA decreased slightly from 1974’s significant increase. Betamax, the precursor to VHS, was first released. It was also a pretty good year for music. Alice Cooper, David Bowie, Elton John, Nazareth, to name a few, all released memorable albums. Queen released A Night at the Opera.

Night Moves is a neo-noir film about a retired footballer who has become a private detective, hired to track down a has-been actress’ teenage daughter. It may sound a tad bizarre, sure, but Arthur Penn directs the hell out of this and Gene Hackman gives a good performance as detective Harry Moseby.

At times it feels like a polar opposite of noir films, as it’s much less in the vein of the films from the 1950s and more of a typical, gritty 70s crime drama. However, the story unfolds in a unique way and feels less predictable than most films of its kind.

This is not your typical sci-fi movie, but it’s certainly a creative one. Rollerball is a then-futuristic dystopian film focused on a sports game set in 2018. James Caan stars in this socio-political genre-bender as a star athlete whose ultimatum is: retire from the game or die.

In a way, it sort of calls to mind some of the more brutal Roman games, but again, set in a conglomerate corporation-dictated time period. Everything — even history — is altered to be in line with what the corporation finds beneficial to their agenda. It also stars John Houseman, Moses Gunn and John Beck.

READ NEXT: 20 Best War Movies Of All Time

3. Three Days of the Condor

Robert Redford plays Joe Turner, whose life is threatened by the people he works for in the CIA, although he and his coworkers aren’t exactly agents — they’re analysts who mostly search for subliminal messages and helpful information.

After Joe reads through an interesting novel and reports it, he’s highly sought after and cannot trust anyone. There’s an assassin after him and if he’s not fighting for his life, he’s hiding out somewhere. I can’t say much about the plot, as twists are everywhere and it’s pretty suspenseful, but it’s very well directed and the acting is spectacular.

Inspired by the 1972 robbery of a bank in Brooklyn, Al Pacino stars as Sonny Wortzik, whose friends Sal and Stevie help him attempt a bank robbery that goes completely wrong. Stevie ditches and leaves Sal and Sonny and trouble ensues.

At times, Dog Day Afternoon seems funny but it’s probably not supposed to. If you know the real story of why John Wojtowicz tried robbing a bank, you obviously know the plot, but for those of you who may not have heard of the film or the real events, I won’t spoil it.

READ NEXT: The Best Worst Movies That You Need To See To Believe

Definitely shot before Jaws, Inserts stars Richard Dreyfuss, Bob Hoskins, Veronica Cartwright, Stephen Davies and Jessica Harper. Dreyfuss plays an alcoholic and ostensibly agoraphobic pornographic film director who doesn’t have much of a career as the silent film era has ended and talkies were becoming the norm. Rather than sacrifice his artistic, intellectual integrity, he continues to make the kind of stag films he’s most fascinated by, in the comfort of his decrepit, mansion-y apartment.

Inserts is beautifully shot and features some terrific performances, but due to its X (now NC-17) rating, it didn’t quite have the impact it might have. The title itself serves as a double entendre. It’s no Adventures of the Wilderness Family, but this picture is fairly tame compared to Pier Paolo Pasolini’s Salò (or any of his films, for that matter).

Everyone and their cousin knows this film. In one of his best roles, Tim Curry plays Dr. Frank N. Furter, whose castle Brad Majors (Barry Bostwick) and Janet Weiss (Susan Sarandon) stumble upon during a freak storm when their car breaks down with a flat tire.

Upon initial view, I was convinced Frank, Riff-Raff and Magenta were looking for new guests to entertain as the three of them (and several of the party guests) are shown early on at the church, however, it’s never been confirmed. This musical has several memorable and catchy tunes and genre-bends, scene after scene. The Rocky Horror Picture Show may require several viewings to take in all the nuances, but it’s certainly worth it.

READ NEXT: The Best Cult Movies Of All Time

7. One Flew Over the Cuckoo’s Nest

Jack Nicholson stars as Randall McMurphy, a prisoner that’s transferred to an asylum in which he becomes the alpha patient of the ward, inspiring and leading his new buddies to rebel against the likes of Nurse Ratched.

One Flew Over the Cuckoo’s Nest features wonderful performances by Christopher Lloyd, Danny DeVito, Louise Fletcher, Brad Dourif and Scatman Crothers. There’s some fun, light-hearted moments and then some sadder ones. The characters are well established and you come to care more about them than the authoritative nurses in charge of the patients, especially in the film’s heartbreaking third act.

This satirical picture blended pop culture with politics, long before social media came along. Whether a character’s utilizing their celebrity to remain relevant or another’s using their talents to establish a career for themselves, in between all of it is a gig at a political rally.

The list of familiar names associated with Nashville range from Lily Tomlin to Jeff Goldblum with Ned Beatty, Shelley Duvall, Karen Black and Keith Carradine near-perfectly in between. Nashville takes place all within 5 days and the character’s individual arcs often overlap in comical ways. It’s a fascinating character study and a landmark movie that audiences strongly identified with.

READ NEXT: The Best Samurai Movies of All-Time

More or less a guilty pleasure, Death Race 2000 is a futuristic dystopian movie about America as a totalitarian regime that throws popular sovereignty and democracy right out the window, along with sanity, in favor of cross country race car drivers running down innocent civilians not by choice, but as a requirement.

Death Race 2000 stars David Carradine, Sylvester Stallone, Simone Griffeth and Paul Bartel and is produced by Roger Corman. There are many, many contradictions and deliberate contrivances in this independent flick, but it’s remarkably enjoyable right from the get-go. 1975’s expectation of 2000 is violent, dusty and often times confusing, but what this film lacks in subtlety, it more than makes up for with its entertainment factor.

Name a better shark movie, I’ll wait. Starring Robert Shaw, Richard Dreyfuss, Roy Scheider and directed by Steven Spielberg, this watershed moment in cinematic history has helped establish the summer blockbuster concept. Though much of the movie is different to the original 1974 Peter Benchley novel and the script went through several noteworthy changes, what came to be is one of the most exciting accomplishments in cinematic history.

Although Jaws runs a tad long with several cuttable moments, it strangely balances out. Bruce the shark, which there were actually 3 or 4 mechanical, pneumatic prop sharks created, still looks convincing. Without a doubt, Jaws is the golden standard for movies of its kind.

Well, there you have them: the best movies of 1975. I won’t even entertain the idea that you’ve never seen or heard of at least 3 of the movies that have made this list. Which do you know?